From Twain to Fargo: the Outsider in American Storytelling

The Lorne Malvo character on the new Fargo TV series, is like the character Satan in Mark Twain’s final novel, The Mysterious Stranger. 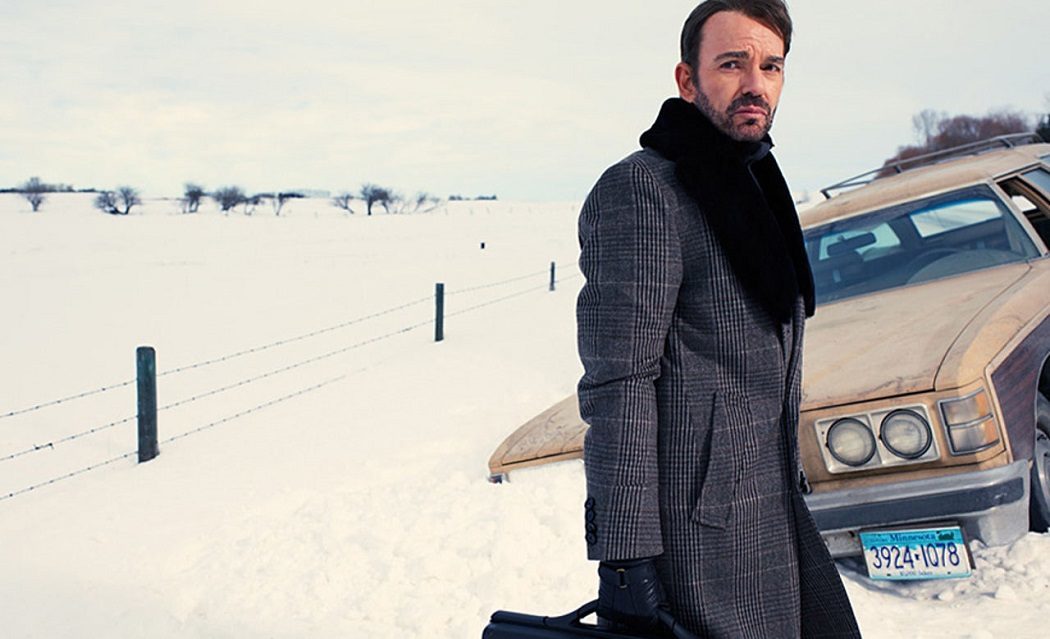 In an interview with TV Guide magazine last year, Billy Bob Thornton called Lorne Malvo, his character in the new Fargo TV series, a “mysterious stranger from out of town.” Nobody knows who he is, why he’s there, or what he’s up to.

Malvo has arrived in Bemidji, Minnesota with a mission: to cause mayhem through a devious combination of temptation and deceit. In the first season of the series, inspired by the cult film of the same name, Malvo focuses his interest on a pitiful insurance salesman named Lester Nygaard; a series of events unfold, and the two men eventually come under suspicion by police for a series of murders.

Malvo’s position as a nefarious outsider has won over viewers and critics alike, but it’s also linked him to a longstanding tradition in American literature and film that goes all the way back to Mark Twain’s final novel, The Mysterious Stranger (1916), a story in which the main character, an outsider, has a rather deliberate name: Satan.

In Twain’s tale, Satan, who possesses supernatural powers, enters a new town with unclear motives. By the end, he exposes a universal spiritual corruption amongst the people he encounters. As is common in much of Twain’s later fiction, the author uses his character as a vehicle to mock humanity’s blind belief in an ordered and just universe.

Twain reveals a world, according to author Ryan Simmons, that is a “less happy place than we typically pretend, and (most importantly) that each of us is inconsequential in the cosmological scheme of things.”

In the case of Fargo, Malvo is less concerned with re-educating the sprituality bankrupt and more interested in wreaking havoc for havoc’s sake. To some, he’s even pointlessly nasty. Still, the satire is no less apparent.

The Mysterious Stranger is Twain’s dark brand of satire at its best, the sort of melancholic cosmic laughter only an author attuned to—and perhaps disgusted by—humanity and all its hypocrisies can create. This temperament is evident in a late passage, where the first-person narrator, Theodor Fischer, describes his adventures with Satan:

We flitted from place to place around the world as we had done before, Satan showing me a hundred wonders, most of them reflecting in some way the weakness and triviality of our race. He did this now every few days—not out of malice—I am sure of that—it only seemed to amuse and interest him, just as a naturalist might be amused and interested by a collection of ants.

The purpose here is to expose our purposelessness and life’s futility. The Coen brothers, who wrote and directed the film Fargo and co-produced creator Noah Hawley’s TV series, have long explored—with equal humor—similar themes. From Billy Bob Thornton’s detached barber in The Man Who Wasn’t There to Javier Bardem’s hit man Anton Chigurh in No Country For Old Men, the filmmakers address human complacency, greed, and cruelty in a world that lacks fate or reason.

Their work is not too far off from Twain’s use of Satan, whose antics include the creation of a miniature town with living, breathing miniature humans—as well as its intentional destruction.

The plot of the Fargo TV series hinges on the insurance man Lester Nygaard and his reaction to the banalities of life and the insufferable figures who surround him: a former schoolmate, Sam Hess, who continues to bully Nygaard, and a discontented wife named Pearl, who spends most of her time comparing Lester to his brother (the brother always fares better).

All this makes Nygaard the perfect target for Malvo, who eventually talks him into using a hammer to bludgeon Pearl to death. Malvo chillingly asks Nygaard afterward, “Have you been a bad boy?”

If it were non-fiction we’d recoil with revulsion. But Noah Hawley, like Twain, makes the viewer wonder if his character’s heinous actions are no less crazy than resigning to a life of undignified monotony.

The Mysterious Stranger and Fargo both force their audiences to face the contradictions of their beliefs. Twain took on God and civility. Humans are predators, Satan says in one passage. Manners and morals? Only a disguise. In Fargo, the sacred cows are faith and order.

Malvo’s greatest act is destroying Bemidji’s sense of security, innocence, and decorum. He persuades a son to pee in the gas tank of a car belonging to his domineering mother; he convinces a supermarket mogul to believe the apocalypse is coming; he makes others believe he’s a dentist, an FBI supervisor, and a minister.

It’s in that last role that he gets police chief Bill Oswalt, played by Bob Odenkirk, to admit to his content with the pedestrian: “I never wanted to be the type to think big thoughts about the nature of things. All I ever wanted was a stack of pancakes and a V8.”

If God is real, then he’s playing a pretty good joke. At least that’s what Mark Twain’s Satan would have you believe. In Chapter 11 of The Mysterious Stranger, he has this to say of the divine: “God, who could make good children as easily as bad, yet preferred to make bad ones; who could have made every one of them happy, yet never made a single happy one; who made them prize their bitter life, yet stingily cut it short.”

All this contradiction causes the narrator, Theodor, to question everything about his world, even its existence: “Life itself is only a vision,” Satan tells him, “a dream.”

The series Fargo also wrestles with the question of reality. “Are we awake?” one character asks. “What if my whole life has been a dream?” The implication here is that a world in which Malvo—and his carnage—can exist can’t be real.

In both works, the realization of our nothingness brings a strange but “blessed and hopeful feeling,” as Twain puts it—a buoyant yet painful enlightenment.

Speaking of Twain, critic Joseph Church describes the sentiment this way: “in the face of our precarious and potentially meaningless existence, human care (caring for and about one another) makes the many… lifting us as far as possible out of being finite, ephemeral subjects, transforming chaos into cosmos.”

Not too bad for a meaningless existence. 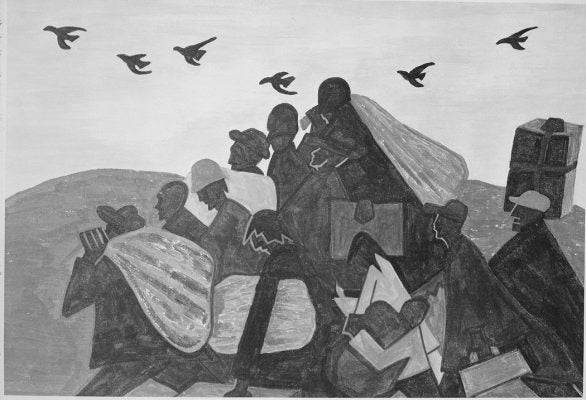 Jacob Lawrence’s Great Migration series heads back to NYC where it first debuted. The lasting influence of Jacob Lawrence and his series is inarguable.