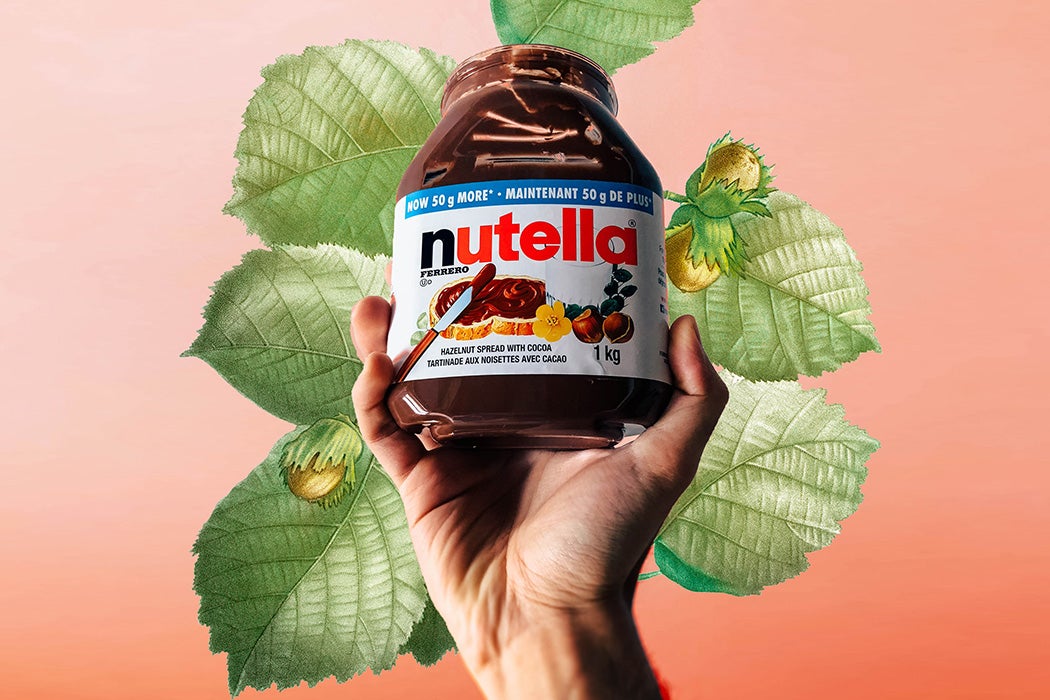 Among the top ten nuts, measured by worldwide consumption, hazelnuts are in sixth place. They follow the peanut, almond, walnut, cashew, and pistachio. (Yes, the peanut is not botanically a nut, but it’s counted as a nut for statistical purposes in this case.) Turkey is the world’s largest producer of hazelnuts, with Italy, Spain, the U.S., and Greece being the other players in the world market. Something like a quarter of the world’s crop is used by Ferrero SpA, the Italian company that makes Nutella and other chocolate-hazelnut combinations.

Once upon a time, these roundish nuts were of vital importance.

So, the hazelnut is a middling sort of nut, a treat more than a staple. And yet, once upon a time, these roundish nuts were of vital importance. That time spanned from the Mesolithic into the Bronze Age, 8,000 to 3,000 years ago, in northeastern Europe. Using Ireland as a case study of hazelnut exploitation, the archeologists Anne M. G. McComb and Derek Simpson, writing in the Ulster Journal of Archeology, explore the centrality of the nut to the diets of prehistoric peoples.

The secret to the historical success of the European hazel, Corylus avellana, was that it was one of the first temperate shrubs to colonize the land after the retreat of the ice sheets. In Ireland, Hazels established themselves about 10,000 years ago. Judging from pollen samples, they probably reached their peak spread about 8,000 years ago. After that, the arrival of broadleaf forest (oak and elm) would have overshadowed the low-growing hazels, forcing them to more peripheral habitat.

To get an idea of how prolific the European hazel can be, the authors surveyed a sample hazel about 4 meters tall. This particular plant was in County Down, in a hazel coppice, meaning it had been harvested for a long time. In late August, they counted 950 hazelnuts on the plant and another 20 unopened nuts on the ground. The majority of nuts fell in the first week of October, when 580 were retrieved from the ground. Wild boar (and, later, domesticated pigs) also would have eaten these nuts, as would numerous other mammal and bird species. Mesolithic peoples had competition.

But the hazel wasn’t just a source of food. Hazel wood was used for firewood and charcoal-making. It may also have been used for the “construction of dwellings, trackways, drying racks, fish weirs, fencing, palisades, etc.” The leaves also seem to have been an optional fodder for domesticated animals.

Now, there are several species of hazelnuts, including a couple native to North America. The American hazelnut and the beaked hazelnut were eaten by indigenous peoples on the continent. Extrapolating from this knowledge, McComb and Simpson write: “The wide versatility of the hazelnut kernel as demonstrated by the uses made of it by the North American indigenous peoples, indicates that […] the people of prehistoric Ireland had likely developed many different ways of processing hazelnut kernels.”

Because hazelnuts are so concentrated, a “rich source of fats, protein, and carbohydrates,” they’re an excellent energy source. However, they lack fiber and moisture, so eating them in excess can “cause digestive disturbances.” Peoples with access to them must have learned quickly to mix them with grains, meats, and vegetables. Best known now as a component of sweets, the hazelnut also has had an epic career in savories. Today, this versatility continues: hazelnuts also produce oil, flour, and liqueur.

Although it’s not a Mesolithic dish, the most sublime hazelnut combination—and this may be a subjective opinion—is with chocolate.