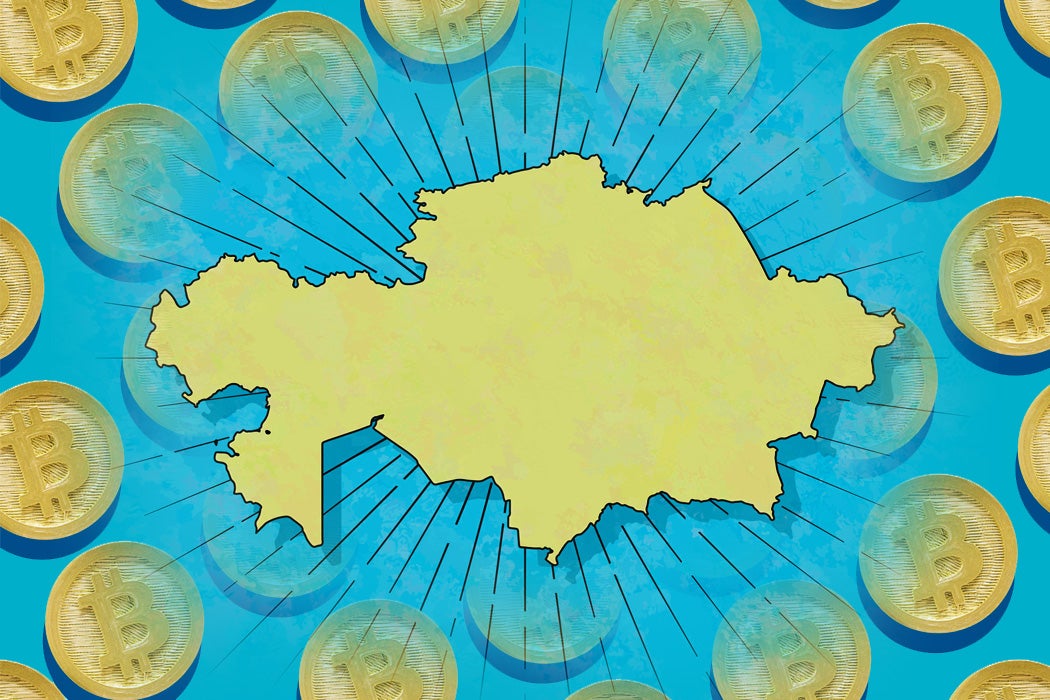 We live in an era of contradictions, and nothing embodies those contradictions like cryptocurrency. This futuristic method for anonymous virtual payments over the internet employs the much-hyped blockchain technology. In short, each crypto coin uses a publicly visible database that tracks all the trading activity in its network with code that is nigh impossible to fraudulently alter.

This is supposed to create a financial system of implicit trust—yet the poorly-regulated online exchanges that facilitate these trades are constantly being hacked. Hapless schmoes can even lose millions of dollars by simply misplacing their crypto passwords on physical hard drives, as if they forgot where their gold was buried. That’s not very futuristic.

Moreover, cryptocurrency is currently useless as a currency because the hype around the tech, and our overheated economy, are causing prices to swing wildly. The value of many coins has risen and fallen by 50% to 100% more than once in the past year. Scarcity is baked into the algorithm of Bitcoin, which is reaching its in-built maximum of 21 million coins. It is one of the reasons for such strong speculative demand for this leading cryptocurrency. But the boom has inundated the market with more than 8,000 new cryptos. Even disregarding those that exist solely to defraud gullible newbie investors, it seems likely that very few of these will ever gain significant value, or see widespread use amid such competition.

Crypto boosters adopt a techno-utopian tone in their online promotion, postulating a future where crypto circumvents both the manipulations of central banks and national budgets, and the power of the police over personal assets, “taking the politics out of money.” They beg the libertarian question: will national governments be necessary for guiding, or even be able to control, private sector finance in the future?

It turns out the government of a lightly populated and tightly controlled authoritarian state can stop cryptocurrencies.

Events this month in Kazakhstan have answered that question with a resounding “yes.” It turns out the government of a lightly populated and tightly controlled authoritarian state can stop cryptocurrencies—simply by switching the internet off for five days. Facing the most serious and violent public protests against its regime since its independence upon the breakup of the Soviet Union, the Kazakh government sought to suppress communication between protestors across its wide territory. It has largely succeeded.

The government provoked the current crisis itself by abruptly lifting subsidies on liquid petroleum gas, the heating and transportation fuel most essential to its working classes. Ironically enough, it did so in order to balance a budget deficit resulting from the same kinds of supply shortages around the world that are pushing up the price of crypto. Now the Kazakh tech companies that have been running 18% of the global Bitcoin mining capacity, drawn by Kazakhstan’s cheap power and limited economic regulations, are looking for alternative locations.

Are these just roadblocks on the path to a technological utopia? Or, given the resilience of state power over the global economy, will flaws in the technology and its applications cause the collapse of crypto?

The True Cost of Crypto

Since Bitcoin, the first cryptocurrency, is only 13 years old, academic research on the topic is still scant, but a number of  studies available on JSTOR can help us see why public understanding and government regulation seriously lag behind the investor adoption of crypto. Fundamentally, the wild demand for cryptocurrency in the past few years has itself changed the conditions of its existence, and the problems that they pose.

Economists Huberman, Leshno and Moallemi examine the economics of Bitcoin mining and the inefficiencies built into its protocol, which have increased with user growth. Because cryptocurrencies only exist as a dataset distributed between a network of computers, the system needs to provide a source of revenue for these network hosts. Bitcoin “miners” provide the service of tracking these computations in return for a share of newly minted coins and the transaction fees users pay.

The rate of coin creation is strictly controlled and always slowing down, but the fees users wish to pay is up for bid, and new miners are allowed to join the network at any time. Transactions are executed in the order of the price users bid, and fees are shared among all miners in proportion to the computing power they provided to a given “block.” In Bitcoin’s original conception, at a relatively stable price, miners would provide sufficient computing power to the system and receive a modest profit.

However, since the price for a single Bitcoin has soared above $60,000, the revenue from mining new coins has attracted more miners than are necessary to run the system, competing for minuscule, but valuable enough, fractions of coins. The global processing power of all miners is called the “hashrate”; when Kazakhstan’s 18% of the global hashrate went offline this month, the other miners around the world reaped the windfall. Moreover, oscillating prices thus lead to unpredictable transaction fees, which are typically $1-$4 but have ranged as high as $60 when the system is under high demand.

The other notable inefficiency of too many crypto miners participating in networks is therefore its massive environmental impact. Because of the increased participation in the network, Stoll, Klaaßen and Gallersdörfer estimated the global power demand for all cryptocurrencies in 2018 was 48.2 TWh (or 48.2 trillion watt hours) producing as much carbon as the states of Bolivia or Portugal. They note that coins besides Bitcoin, such as Ethereum, have different protocols that limit the potential waste in the system by granting mining capacity in proportion to ownership of the coin. However, the authors sharply question whether the benefits of financial security, convenience, and anonymity are worth the climate costs, even with efficiently run coins.

Another Kind of Rent

In effect, crypto miners are wandering the globe, playing a game of arbitrage with energy prices and financial regulations. The cheaper the electricity to run their mining rigs and the lighter the regulations, the higher their profit margins.

Until the present, they found very friendly conditions for such a game in Kazakhstan. A post-Soviet state with large oil and gas reserves, Kazakhstan made a quick neoliberal turn after the end of socialism, inviting US, European and Chinese energy companies to invest in new extraction, while reducing onerous business regulations. At no time did these reforms increase the freedom of expression or political opposition to the authoritarian regime run by Presidents Narabayev and recent successor Tokayev since 1992. But with no physical product to export overland, low labor costs, and no expressly political aspect to their activity, bitcoin miners have enjoyed Kazakhstan’s cheap energy, low taxes, and light government touch.

The International Crisis Group highlighted in 2013 just how short-sighted these kind of investment decisions can be, analyzing the enduring social impact of over-reliance on oil and gas extraction, known to social scientists as a “rentier” economy. High oil revenues can sustain authoritarian governments in the short-to-medium turn. But the profits from these industries usually go directly to the political elite, exacerbating income and wealth inequality, and generally inhibiting the oil wealthy from investing their capital in other industries, making the economy vulnerable to swings in energy prices. In Kazakhstan, the social classes benefiting from the oil economy have been more ethnically Russian and urban, while more rural and ethnically Kazakh populations have been left behind. In the past 20 years, these conditions have pushed politics dangerously into the periphery, fostering both Islamist fundamentalist groups as well as leftist and labor unions, each with the potential to erupt in mass protests like the ones that have just occurred.

Crypto can be considered an extension of the rent-seeking energy industry, with profits flowing exclusively to entrepreneurs that already have the capital to invest in blockchain infrastructure. But what are the external costs to the Kazakh state and society? Crypto miners now have cause to be dissatisfied with internet outages, but should the government not worry about fostering a technology that can launder money for terrorist organizations or other opponents?

Appropriately enough, about half of the crypto mining rigs now in Kazakhstan have only arrived there in the past year, from the state most seriously coming to terms with the power and threats of blockchain—China. The Chinese government has banned the creation of new coins, and extensively hunted and shut down unregistered Bitcoin miners, many of whom shipped their machines over the border in 2021.

But China’s crypto policies are not limited to repression alone. Unlike the US and European economies, which are struggling to regulate the external costs of cryptocurrencies while preserving the fundamentally free-market nature of their applications, Alice Ekman demonstrates China is seeking to transform blockchain into a tool of the state.

While a public blockchain such as Bitcoin is designed to help individuals evade surveillance by government or powerful interests, blockchains with private privileges can actually enhance the surveillance powers of their creators. That’s why China is currently developing a digital yuan under its exclusive control that will help it track information in its economy and taxation system far more precisely than obtaining data indirectly from banks and businesses, as it does today. Ekman believes that this is part of an even bigger project of getting “first mover advantage” to create a digital currency to challenge the supremacy of the US dollar as the world’s reserve currency.

Moreover, blockchain has plenty of other applications in data collection and surveillance that China hopes to develop. These include urban governance in “smart cities” that track user behavior to develop traffic, public heath, energy and communication policies as well as increasing control over the dissemination of information in the media and on the internet at large.

Until recently, the utopian dreams of blockchain seemed similar to those social media used to provoke a decade ago. Leading up to the so-called Arab Spring protests, it seemed that social media networks not only kept old friendships alive, but they could be the avenue for democratic movements in the future. In more recent years, it has become clear that powerful interests can abuse social media algorithms for cynical political and economic gains, in ways the world is still trying to understand. As long as blockchain data moves through physical wires, and sophisticated tech platforms are owned by powerful interests, it too will not provide an escape from geopolitics. 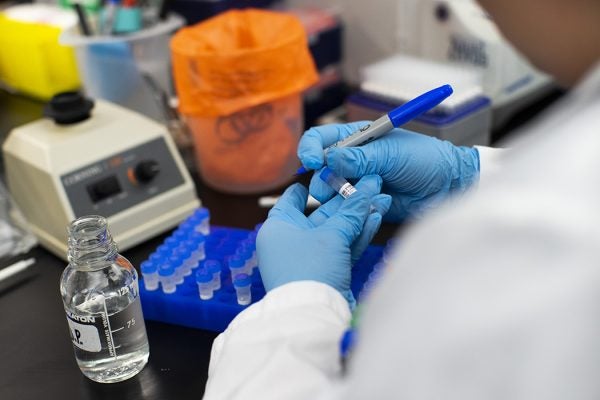