Cyclones, droughts, and other severe climate events produce a variety of ecological responses, some of them irreversible. 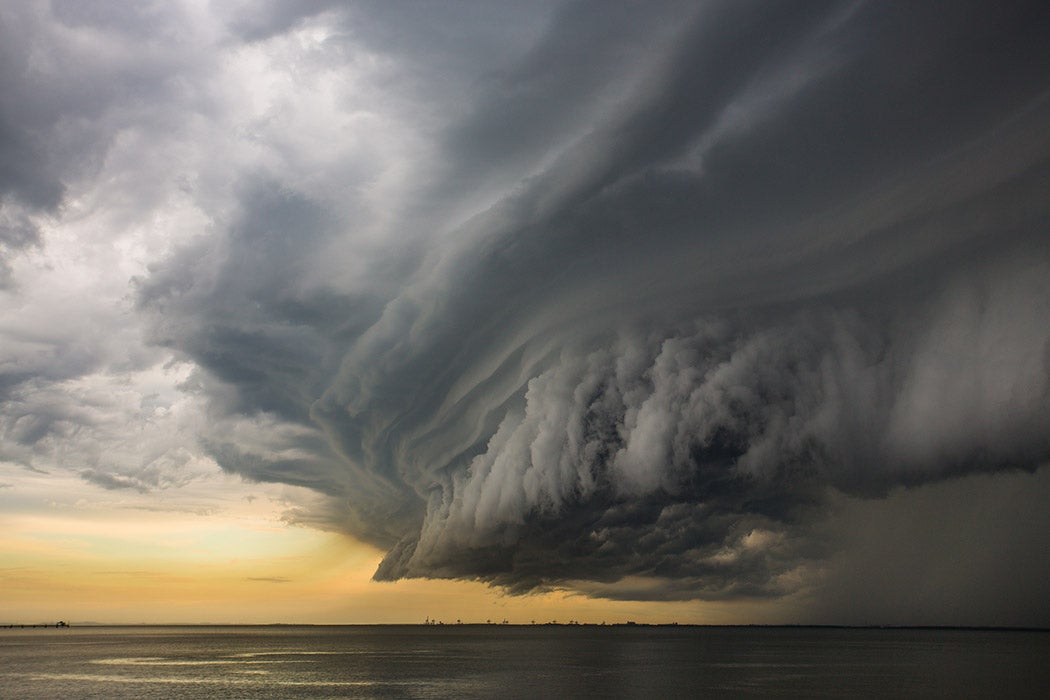 Conservation planners in an era of climate change attempt to model and predict outcomes of mitigation strategies for the near and distant future. Global responses to the climate crisis generally have focused on the ways ecosystems will respond to mean, long-term changes in global temperatures (warming oceans, sea-level rises, and shifting seasons). But short-term, extreme weather and temperature events could challenge these best-laid plans or even make them irrelevant. According to a group of researchers from Australia and the US, led by Sean L. Maxwell, “Extreme weather and climate events…such as cyclones, floods, heat waves and drought, have become more frequent and intense in many regions of the world as a consequence of anthropogenic climate change. This pattern is likely to accelerate.”

The group performed an exhaustive literature search to gather records of extreme weather and climate events—cyclones, drought, cold waves, non-seasonal flooding, and heat waves—that are rare within their statistical reference distribution at a particular place. In the end, they identified more than 500 peer-reviewed studies that documented the effects of extreme weather events on taxonomic groups including plants, birds, invertebrates, mammals, reptiles, and amphibians.

Responses to extreme weather varied both by species and by environment. The team was able to sort the responses into nineteen categories: four positive; eight negative; six ambiguous; and one neutral (no detectable response). On the positive side of things, some species increased in density or population abundance after a weather event, primarily after cyclones or floods. For instance, after a cyclone, bird species that preferred regenerating habitats increased in number, while some fish and invertebrate species increased in richness. On the negative side, the team found thirty-one cases of local extirpation. Eighteen of those cases were reassessed after a recovery period; twelve of the revisited cases were found to be persistent. In other words, the local extinction appeared permanent. The team found four cases of mammal extinction after a flood event and five cases of invertebrates made locally extinct after a cyclone.

What might seem more surprising is that cyclones seem to particularly impact reptiles.

Though the team found a larger-than-expected number of positive or neutral responses to extreme events, more than half the impacts (57 percent) were negative, and more significantly, a majority continued long beyond the single weather event. “Sixty per cent of the studies in our review observed ecological responses for more than 1 year,” the team writes, “and of the studies that monitored species or ecosystem recovery following exposure to an extreme event, 38% showed species or ecosystems did not recover to pre‐disturbance levels.”

Of the flora and fauna that survived, plants experienced the most weather-related negative responses at seventy percent. Whether it was damage from hurricanes or repeated hot days, plant communities appeared to uniformly suffer. And the team found few positive responses to cold waves. Perhaps not surprisingly, cyclones—wide-ranging storms of land and sea—most often affected birds, fish, plants, and reptiles. What might seem more surprising is that cyclones seem to particularly impact reptiles. In fact, the team found no positive reptilian responses to any extreme event.

Notably, many of the examined studies were only a year long. They didn’t capture any later recovery of harmed species nor did they consider the long-term effects of these short-term weather anomalies. But, as the researchers point out, one weather event can have long-term catastrophic impacts. For instance, a single flooding event in Portal, Arizona, is known to have “resulted in rapid, wholesale reorganization of a desert rodent community.” At the same time, the study shows that it’s possible that an extreme event could lead to increased species richness or composition, or allow species to occupy new habitats, which would be considered a positive effect.

The team’s findings had one, glaring conclusion: extreme weather will have extreme impacts. Conclude the authors, “Incorporating extreme events into climate change vulnerability assessments and adaptation plans will be challenging, but by doing so we have a greater chance of arriving at conservation interventions that truly address the full range of climate change impacts.”