How the medical profession has dealt with alcohol throughout the years. Bonnie Tsui discusses what the “right” amount of alcohol might be in this weekend’s New York Times:

It is entertainment, social lubricant, creative stimulant, sensory experience, delicious beverage. At the end of a long day, it feels like a reward. But at some point — maybe it’s falling asleep at 7 while getting the kids to bed after a couple of beers, or going to work for the third day in a row feeling vaguely muffled — signs start pointing toward too much.

Tsui speaks to people in the alcohol industry, and cites doctors and her own experience. JSTOR’s collection, including the British Medical Journal’s archives spanning well back into the 1800s, shows a heightening of reports about alcohol’s effects on the body. The 1870s, especially, brought quite a few doctors’ opinions into the public.

In 1872, a Dr. Dickinson read a paper at the “Royal Medical and Chirurgical Society” in which he shared the results of numerous dissections, including those of liquor-industry workers:

Dr. Dickinson attempts to ascertain the influence of alcoholism upon various tissues and organs. With this object in view, he has tabulated the appearances found in the dead bodies of one hundred and forty-nine traders in liquor, the records extending over a period of thirty years. With these he compares the post mortem appearances in an equal number of persons who had not been traders in liquor, and who were “not known to have been drunken.” “The assumption that people who get liquor for nothing, drink more than those who have to pay for it, is,” the author says, “justified by the common tendency of mankind, as well as by the notorious inebriety and liability to delirium tremens of potmen, waiters, cellarmen, draymen, brewers, barmen, and publicans.”

Dr. Dickinson surmises that those who pay for their booze must necessarily respect its powers more and thus be less likely to indulge excessively.

Shortly after, a Dr. Leudet of France was comparing alcohol consumption in the lower classes to those of higher status. His findings: the richer you are, the more ingrained and consistent your alcohol use is. Leudet, accounting for differences in trending liquors (gin in Rouen, rum and brandy in the US), also found higher-class drinkers took care of themselves better—better food, for one:

A certain number of patients belonging to the working class were in the habit of taking daily a large amount of alcoholic drink, and, at more or less protracted intervals, committed enormous excesses, when the quantity of brandy drunk in the space of a few hours sometimes amounted to from one to two-and-a-half pints. As a rule, these persons were not well fed. In other cases, the use of alcoholic drinks was constant; the quantity of liquid consumed was always considerable, but scarcely ever varied in amount; and the nourishment taken was sufficient in quantity and of good quality.

J.W. Eastwood, in a far-reaching “state of the union” summary, shows the increasing popularity of booze and booze-related crimes in the 1800s. He discusses the effectiveness of legal deterrents, the signs and symptoms of “alcoholic insanity,” and the ethical imperatives on the medical profession.

Ale and ale-houses were mentioned in the laws of Ina, King of Wessex, in 728 ; and drunkenness was forbidden by the common law. Our Saxon ancestors were a drunken people, as well as the Danes. Wherever we find men of the great Germano Scandinavian race, whether they be English, Scotch, Flemings, Dutch, Danes, or Swedes, we find them fond of beer, and noisy in their drinking. A more general description of this race than that of fair-haired and light-eyed, is that they are a beer-loving race.

Our last report, from Dr. H. Sutherland, shows some specific anecdotes (back before that whole “doctor-patient confidentiality” became a thing):

[One patient’s rehabilitation] succeeded temporarily, and she abstained entirely for three months. At the end of that time, she took to her old habits again, and became more intemperate than before. She took a violent dislike to her relatives; stole a twenty-pound note from her father; pawned a watch, which originally cost £10, for 15s.; and succeeded in inducing her friends to give her dresses costing altogether about £50, saying she was going to India, which she never had any intention of doing.

Sutherland also suggests addiction-specific confinements, similar to our rehabs of today, that would allow a bit more dignity and independence than “the lunatic asylum.”

All of these doctors comment to some degree on the idea of temperance, and find it to be ultimately unrealistic. Instead, they say, a person’s alcoholic tolerance can vary, and addiction and overuse is far too common in all cases.

Tsui takes these centuries of debate and confusion and suggests a neat (if perhaps unrealistic) compromise:

Maybe the only way to think about drinking by numbers is not to obsess over how much is too much, but to be acquainted with what zero feels like—that is, to come back to zero often enough to understand the relative value of our numbers. 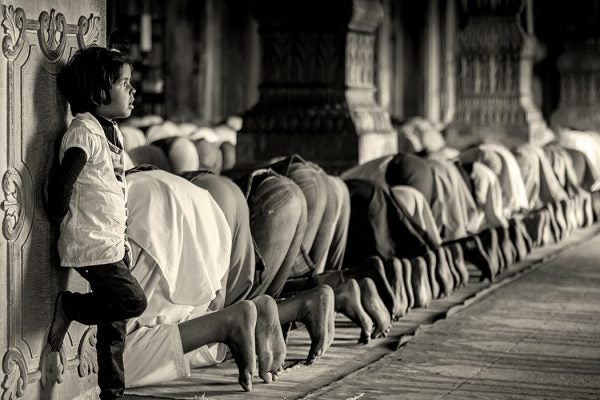 Even Water? Why (And How) Muslims Fast During Ramadan

Ramadan is underway for the world’s 1.6 billion Muslims. This year, Ramadan takes place in the dead of summer, a particularly difficult time to fast.