More than a decade into OkCupid’s existence, sociologists are finding that its widely touted algorithm doesn’t actually help us find romance. 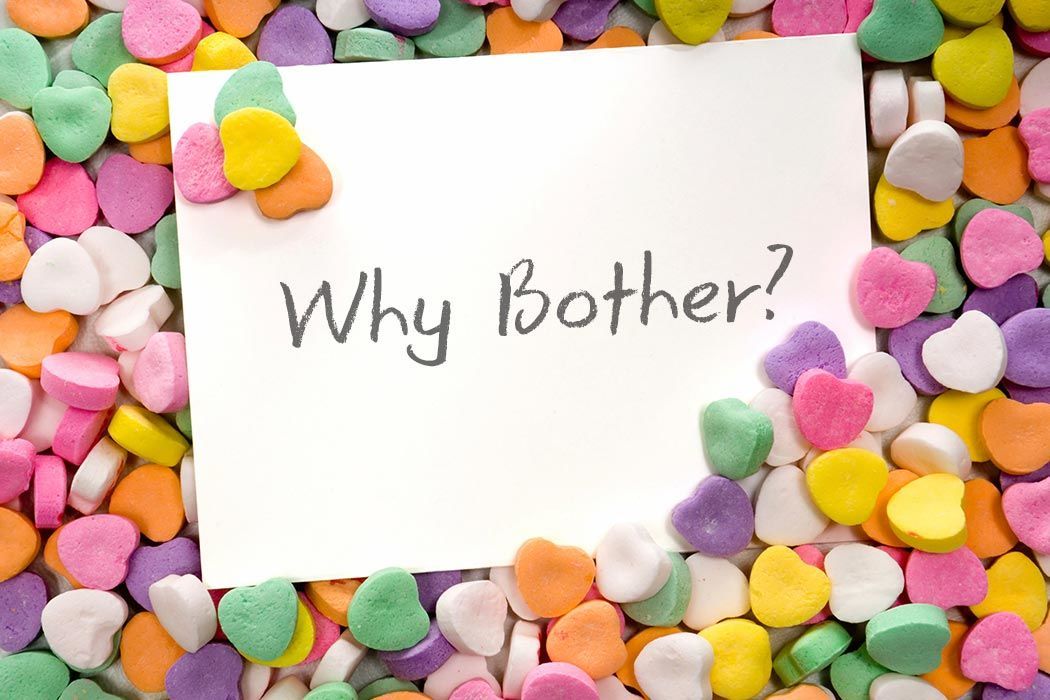 “Can you bring me something citrusy, bourbon-based?” my date demands of our waiter. He pauses to consider—one eyebrow askew—then deftly recites three cocktail options that, one has to assume, will meet her specifications. And right from that moment I just know, in the murky, preverbal way one knows such things, that this young woman—let’s call her Ms. K—isn’t right for me. I know that the next 45 minutes or so we spend at this dimly lit Cambridge, Massachusetts, restaurant will be, in some sense, a waste of her time and mine, but that politeness or decency or some other vaguely moral compulsion will detain us at the table anyway, sipping bourbon-based cocktails and struggling to find a good topic to converse about. But perhaps I shouldn’t be surprised: We met through OkCupid—85 percent match, 23 percent enemy (which sums to 108 percent, seems to me).

Although many users, especially younger users, prefer swipe-based dating apps like Tinder—or its female-founded alter ego, Bumble (on which only women can write first messages)—OkCupid’s mathematical approach to online dating remains popular. Nota bene, however, that OkCupid, Tinder, and Match.com are all owned by Match Group, Inc., which—across all three platforms—boasts 59 million active users per month, 4.7 million of whom have paid accounts. Match Group’s only real competitor is eHarmony, a site aimed at older daters, reviled by many for its founder’s homophobic politics. Since its inception, Match Group has outgrown eHarmony by a pretty significant margin: Its 2014 revenues, for instance, were nearly twice its rival’s.

For each question—say, “Do you like the taste of beer?” or “Would you rather be tied up during sex or do the tying?”—you input both your answer and the answers you’ll accept from a potential love interest. You then rate the question’s importance on a scale that ranges from “a little” to “somewhat” to “very.” (If you mark all possible answers as acceptable, however, the question’s importance is automatically downgraded to “irrelevant” [cue the Borg]).

OkCupid basically has no clue whether a higher match percentage actually correlates with relationship success.

OkCupid’s algorithm then assigns a numerical weight to each question that corresponds to your importance rating, and compares your answers to those of potential matches in a specified geographic area. The formula errs on the conservative side, always showing you the lowest possible match percentage you could have with someone. It also provides an enemy percentage, which is—confusingly—computed without the weighting, meaning it represents a raw percentage of incompatible answers.

Assuming both you and your would-be sweetheart have answered enough questions to ensure a reliable read, getting a 99 percent match with someone—the highest possible—might sound like a ringing endorsement (assuming, of course, you both like each other’s looks in the photos as well). However, according to sociologist Kevin Lewis, a professor at the University of California, San Diego, there’s no evidence that a high match percentage reliably translates into a successful relationship. In fact, his research suggests, when it comes to matchmaking, match percentage is, well, irrelevant. “OkCupid prides itself on its algorithm,” he told me over the phone, “but the site basically has no clue whether a higher match percentage actually correlates with relationship success.” And ultimately, Lewis suggested, there’s a fairly simple reason for this. Brace yourself: “At the end of the day, these sites are not really interested in matchmaking; they’re interested in making money, which means getting users to keep visiting the site. Those goals are even opposed to each other sometimes.”

I can attest. I called Lewis from the third-floor Somerville, Massachusetts apartment that used to belong to my ex-girlfriend and me, a young woman I met on OkCupid. We were a 99 percent match. Looking back on our two-year relationship from that dreary place—I would move out in less than a month’s time—I felt eaten alive by pain and regret. Never having met each other, I thought, would have been preferable to what actually happened. My ill-fated date with Ms. K, in fact, was just one in a series of several attempts to salve the heart wound that resulted from the oh-so-serendipitous union with my 99 percent match. Speaking with Lewis that gray October morning was, at least, somewhat comforting in its bleakness.

“The thing that’s so interesting—and, from a research perspective, useful—about OkCupid is that their algorithm is transparent and user-driven, rather than the black-box approach employed by Match.com or eHarmony,” he said. “So, with OkCupid, you tell them what you want, and they’ll find your soul mate. Whereas with Match or eHarmony, they say, ‘We know what you really want; let us handle the whole soul mate thing.’ But the truth is none of these sites really has any idea what they’re doing—otherwise they’d have a monopoly on the market.”

The feel-good principles on which OkCupid’s search-methods are grounded are poor predictors of subjectively rated romantic success.

The problem, Lewis noted, is an ancient and obvious one: There’s no such thing as love-hacking. “OkCupid is premised on this great notion that we know what we want,” he said, “but we often have no idea what makes for chemistry or compatibility.” The algorithm, in other words, is geared to find you someone who’s like you—all those political questions, say, on which your ideal match would share your values—which isn’t necessarily the same as a desirable long-term partner. Meeting up with a 99 percent match for cocktails, in other words, is sort of like gazing in a mirror on a good hair day, which may explain why the looks-first model employed by Tinder is winning with tech-savvy younger users. It’s simpler. It discards the unhelpful information.

So, come Valentine’s Day, remember to remember the grim reality: Since the rise of online dating in the early 2000s, research by sociologists, most notably a large-scale 2012 study published by the Association for Psychological Science, has consistently found that matching algorithms, no matter how sophisticated, just do not work. Indeed, the authors of that study wrote, “no compelling evidence supports matching sites’ claims that mathematical algorithms work—that they foster romantic outcomes that are superior to those fostered by other means of pairing partners.” The feel-good principles on which these search-methods are grounded—similarity of values, complementarity of sexual preference—are, sorry to be a killjoy, actually rather poor predictors of subjectively rated romantic success. “[T]hese sites,” the authors continue, “are in a poor position to know how the two partners will grow and mature over time, what life circumstances they will confront and coping responses they will exhibit in the future, and how the dynamics of their interaction will ultimately promote or undermine romantic attraction and long-term relationship well-being.” When you finally get that note-perfect message from a total cutie—who, OMG, is also a 99 percent match!?—in other words, don’t get too excited.

Race is the biggest divisive factor in romantic markets and romantic pairings in the United States.

This tendency of ours to think that superficially alike should mean romantically compatible, Lewis notes, plays out in another predictably disappointing way: OkCupid users stick almost exclusively to people of their own race. “Race, as other studies have indicated, is the biggest divisive factor in romantic markets and romantic pairings in the United States,” he said. “And people are heavily self-segregating online, just as they are in real life.” In Lewis’s eyes, this kind of self-segregation doesn’t necessarily mean that online date-seekers all harbor latent racist attitudes; rather, it reflects a psychological tendency to assume that people of other races don’t want us to contact them.

His research on OkCupid messaging data lends some support to that conclusion. “My big finding is that people are more likely to be open to interracial interaction when the other person makes the first move,” he said. “In addition, a person of another race contacting me makes me more likely to contact someone from another race. But we don’t observe this effect generally—if a Hispanic woman contacts me, I’m more likely to contact other Hispanic women, but the same doesn’t hold for me contacting black women—and it dissipates within about a week.” There we all sit, staring at some meaningless numbers set against OkCupid’s trademark navy-and-magenta color scheme, perhaps ogling people from different racial backgrounds and contemplating messaging them, and then, inevitably, clicking back to Facebook, convinced they won’t like us because of our skin color. “The risk of rejection and the fear of vulnerability are very real,” Lewis was saying as I walked into my kitchen, wondering whether 3:16 p.m. was too early for a gin and tonic.

For all this quantitative precision, still the human toll of online dating is hard to measure. It’s an over $2 billion a year industry that, as far as we know, produces no greater happiness than meeting people more or less at random through the happenstance of everyday life. What’s more, for every rhapsodical success story, there’s (at least) one of devastating heartbreak. Now, in 2016—more than 15 years after the founding of eHarmony—it seems safe to say that online dating is here to stay, but, ironically, its continued success seems to be a function of its ubiquity. We use sites like OkCupid, in other words, because they’re there, and because something is better than nothing. And all this is saying nothing of the notoriously sexist and gender-normative culture that prevails on OkCupid, with guys writing creepy, sexually aggressive messages to women en masse. Which leads to me wonder if, in the end, Weezer—as they often did—might have put it best: Why bother?

That said, I don’t think I am doing anything Friday night, and wow, she’s pretty cute! Hmm… *swipes right.* 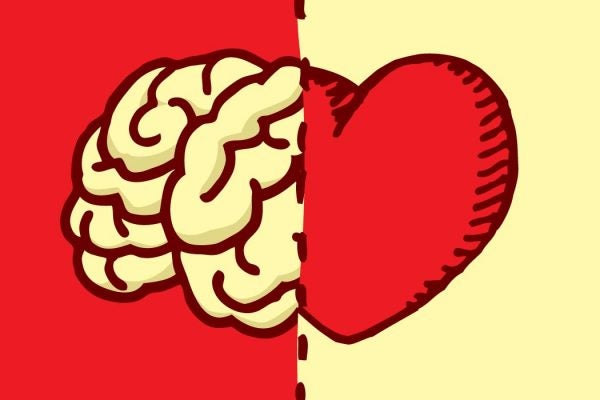 Is There a Part of the Brain That Correlates To Feelings of Love?

Studying the anterior insula, a prune-sized region tucked away at the base of the brain, may provide interesting clues.