Don’t Cry for Me, North Korea

Western media outlets were obsessed with whether North Koreans were truly sad about Kim Jong-il’s death. Why? 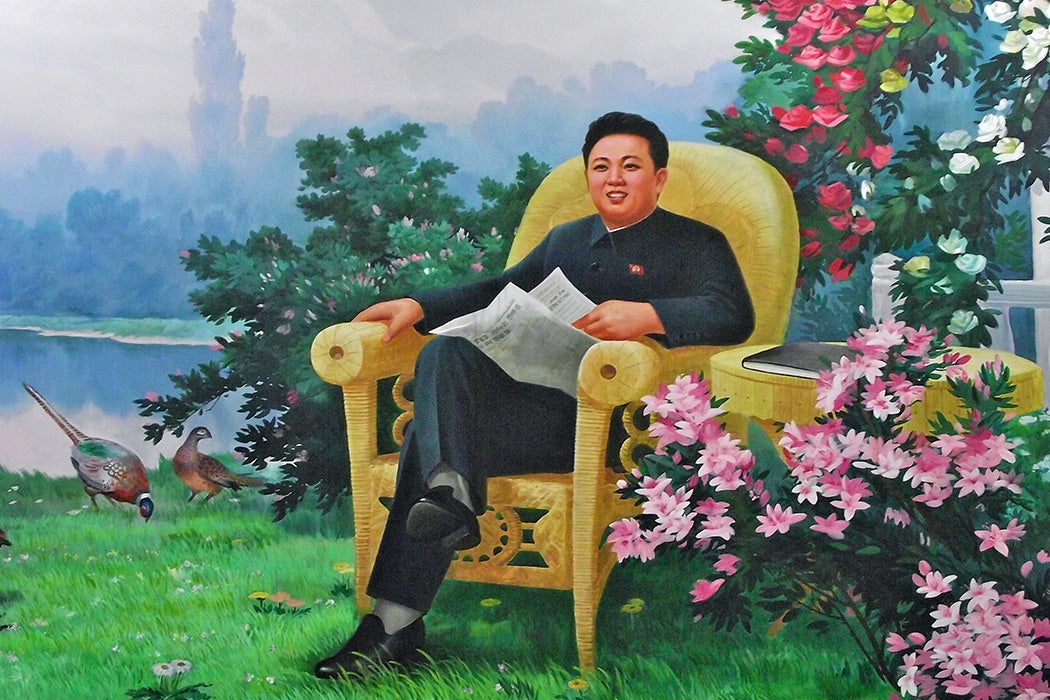 After Kim Jong-il died in December 2011, Western observers became obsessed with North Korean tears. Widely circulated images of crowds tearfully mourning Kim were interrogated in both traditional and social media in the United States and Europe with what anthropologist William Mazzarella calls “a complex amalgam of contempt and fascination, of outrage and desire, in which ethical and aesthetic impulses often seem hard to disentangle.”

“Did they really mean it?” was a typical Western news query. After all, wasn’t North Korea a nightmare totalitarian country run into the ground by a vicious, cultlike leader who had inherited his position and was succeeded by one of his sons? Shouldn’t North Koreans have been happy he was gone?

“Mourners seemed to be losing control, racked, collapsing on the streets and in the offices of the capital.”

“Much was made in Western news media of the mourning’s corporeal intensity,” Mazzarella writes. “Mourners seemed to be losing control, racked, collapsing on the streets and in the offices of the capital, Pyongyang, in a manner that one journalist described as ‘both moving and incredibly unnerving to witness.’”

Mazzarella isn’t interested in the authenticity of North Korean tears. What he questions is “why the sincerity of the North Korean crying crowds came to be seen at once as so necessary and so impossible to Western observers.” The question “do they really mean it?” itself represented “an attachment to an impasse,” “an investment in asking the question in such a way as to render it infuriatingly, tantalizingly, but also reassuringly unanswerable.”

He calls this obsession “an itch in the liberal imagination, un/pleasurably aggravated by the very act of scratching.” By liberal imagination, Mazzarella means the “set of assumptions about human nature and its relation to public life” that coalesced in the eighteenth century and still “provide a basic metric for mainstream political discourse, on both the left and right, in liberal democracies.”

Western rationales for North Koreans’ crying lined up behind the Cold War trope of brainwashing; the Orientalist “stereotype of Asian collectivism”; and the “inner skeptic” theory. This last meant that the criers were just putting on a show because they were forced to and didn’t believe it inside: “We” individuals of liberal democracies in the West have well-developed inner lives, so the supposedly faceless masses who live in Asian dictatorships are faking it.

This line of thinking was “titillating to liberal publics,” according to Mazzarella. North Korea, in short, was the precise opposite of the individuality, intention, and sincerity of Western subjectivity. Our crowds are “the people” in action; their crowds are oppressed automatons.

Mazzarella wonders if we actually need North Korea—considered “the last bastion of actually existing Stalinism,” with its seemingly endless “repetition of these mythical images of totalitarian sovereignty”—to keep on being North Korea for our own sense of worth and identity.

Western liberal ideology, argues Mazzarrella, assumes that it is best for the world and that everyone would prefer it if only they had access to it. “But the North Korean tears seemed to prompt a different kind of liberal activation, one that, despite itself, clung almost desperately to the continued existence, somewhere in the world, of an utterly irredeemable polity.”

Mazzarella suggests that our “perverse attachment” to North Korea validates us as we endlessly wonder if the tears of that foreign crowd are for real.