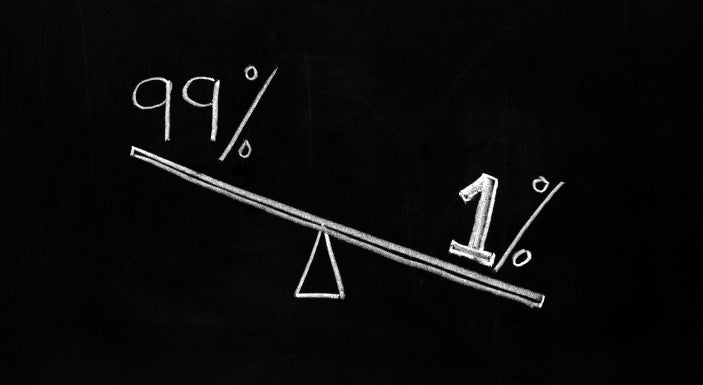 Since 2011, when Occupy Wall Street brought the phrase “the 1 percent” to TV screens everywhere, Americans have been thinking more about economic haves and have-nots than we have in a long time.

In fact, before the Great Recession, it would have been hard to imagine a volume of hardcore economic thought like Thomas Piketty’s Capital in the Twenty-First Century becoming a best-seller, but now it feels sort of natural. It raises the issues: is economic inequality just a fact of life, or is it fundamentally un-American, a threat to our fundamental belief in ourselves as a democratic nation? And if it is a threat, what do we do then? A new study conducted this spring by Martin Gilens of Princeton University and Benjamin I. Page of Northwestern University (due for publication in Perspectives on Politics this fall) struck a hard blow against the notion that democracy and inequality can peacefully coexist. Gilens and Page broke down the policy preferences of economic elites—business groups and wealthy people—compared to what the general public wanted. They found the elites’ desires predicted the policy changes that ended up getting adopted pretty strongly. The preferences of voters at large? They lined up with the policies that prevailed as well—as long as they were the same things that the rich wanted to see happen. When the researchers modeled the various interests together to see how much effect each of them had independently on policy outcomes, here’s what they found: “The estimated impact of average citizens’ preferences drops precipitously, to a non-significant, near-zero level.” In other words, they say, the notion that the US is a pure majoritarian electoral democracy “can be decisively rejected.”

Not only do ordinary citizens not have uniquely substantial power over policy decisions, they have little or no independent influence on policy at all.

How does this happen? That’s a question that Adam Bonica of Stanford University, Nolan McCarty of Princeton University, Keith T. Poole of the University of Georgia, and Howard Rosenthal of New York University took on last year in the Journal of Economic Perspectives. They ask how it’s possible, in a nation like the US where everyone gets to vote, that economic inequality can just keep growing. After all, they write, you might think the large majority of non-rich people would stand up against financial regulatory systems and tax codes that exacerbate the concentration of wealth. The authors suggest a few possible reasons that politics have played out in the interests of the rich. A big one is a massive increase in campaign contributions from wealthy individuals to both Democrats and Republicans. In 1980, they say, the top contributor to federal elections gave $1.72 million (in 2012 dollars). In 2012, the number was $56.8 million, given by casino magnate Sheldon Adelson. His wife, Miriam, gave $46.6 million. Other reasons the paper cites include gerrymandering and political procedures that limit officials’ accountability, as well as a strikingly low voter turnout among lower-income people. Fewer than half of households with incomes under $15,000 voted in the 2008 presidential election, compared with four-fifths of those that made over $150,000. Frederick Solt (then at Southern Illinois University, now at the University of Iowa) looked more closely at the ways that some citizens turn away from politics in a 2008 paper for the Midwest Political Science Association.

Pulling together data from 23 democratic, wealthy nations, he found that the less equal the economy was, the less likely citizens were to express interest in politics, discuss political matters, or vote. The effect gets markedly stronger the lower on the income scale you go, so poor people are much less likely to be interested in politics if they live in a country with high inequality. Solt concludes that his findings support the notion that greater concentrations of wealth lead to similarly great concentrations of political power. “[T]he less affluent will therefore be more likely to find that the issues debated are not those that interest them, to give up on discussing political matters, and to conclude that, given the options presented, participating in elections is just not worth their effort.” Taken together, these studies suggest a sort of spiraling effect. Rising inequality discourages political participation by the very people most hurt by it, and that gives wealthy interests more chances to stack the deck in their own favor. Interestingly, Bonica and his coauthors note that while people with more money are more likely to take part in almost all kinds of political action, the exception is participating in a protest. Which might explain why the new American conversation about inequality started with Occupy Wall Street. 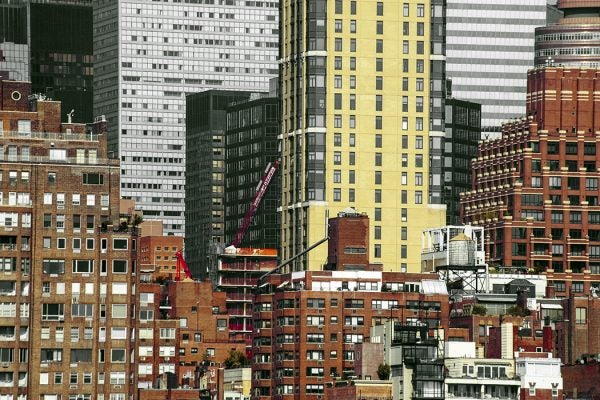 Can Mayor de Blasio Save Affordable Housing in NYC? Can Anyone?

de Blasio’s plan suggests just how overwhelming the housing issue is in New York: the most ambitious plan ever may address only a fraction of the problem.