Do Corporations Belong in Our Classrooms?

Google is making forays into American classrooms with their technology. Research looks at the case of Channel One school television for context. 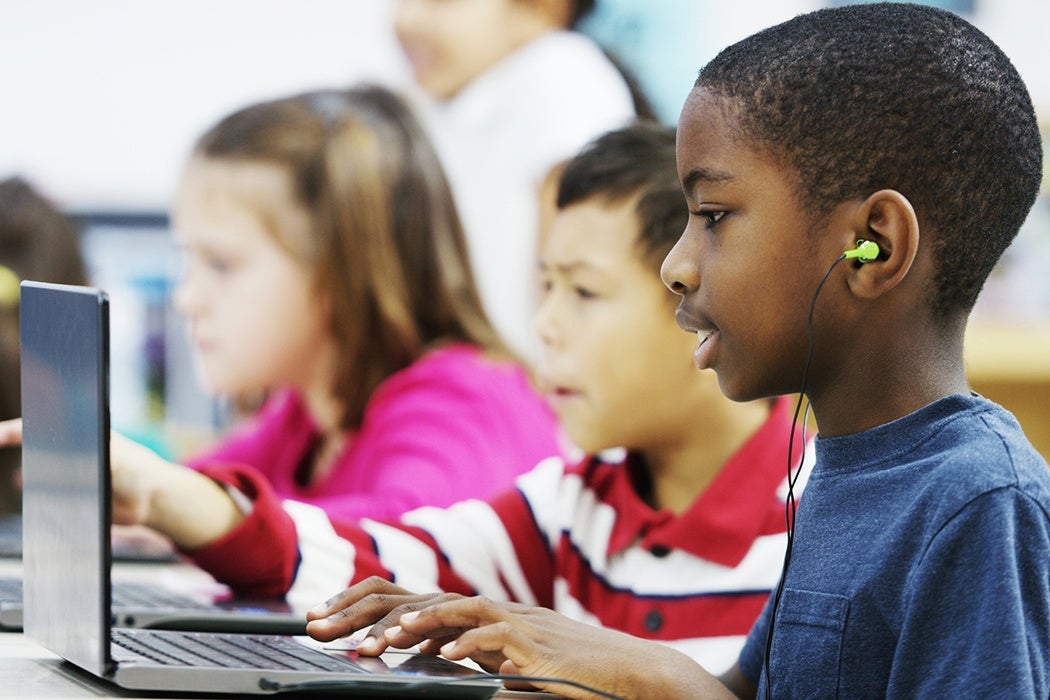 More than half of U.S. elementary and high school students now use Google applications. With free apps and low-cost laptops, the company dominates the market for classroom technology. But, as the New York Times recently reported, some parents and school officials are worried about how the company collects and uses students’ data.

A parallel debate over classroom technology raged in the 1990s, when schools began adopting the teen news television service Channel One, as Eric Kevin Gormly explained at the time.

In 1996, when Gormly was writing, Channel One reached 40 percent of the nation’s middle- and high-school students. The service was controversial from the beginning, thanks to its inclusion of two minutes of commercials with each 12-minute news show. Schools that signed on got televisions and cables at no cost, but, in return, they were required to have students view the programming, including the ads.

Notably, nationwide, schools with less funding were more likely to sign up for Channel One service.

Gormly interviewed 86 teachers, administrators, and technology coordinators at five Texas high schools that used Channel One. He found that the main reason schools adopted the service was the free TVs, which they could use for other purposes beyond showing the Channel One newscasts. A second reason was adding information about current events that had been lacking in the classrooms. The interviewees saw a tradeoff in allowing the commercial programming into the school, but almost all said it was worth it. Notably, nationwide, schools with less funding were more likely to sign up for the service.

Previous studies had found that Channel One was not very effective in improving students’ knowledge of current events, and generally helped only when used in conjunction with related classroom lessons. Gormly found that the teachers who were most enthusiastic about the programming did incorporate it into the curriculum. One special-education teacher led discussions about the shows as part of his effort to help his students take part in mainstream society. An English teacher tried to tie the news stories into the literature her class was discussing.

But Gormly found that about 80 percent of the teachers were “passive supporters” of Channel One. They didn’t find the material relevant to their lessons but did think it was useful in helping students to be more aware of the broader world.

In a conclusion that could apply to all kinds of forms of technology in the classroom, including Google apps, Gormly suggests that schools should look carefully at the real costs and benefits of Channel One. But he warns that many educators were making unwarranted assumptions about its effectiveness:

“There appears to be an unspoken acceptance or approval of the content and the delivery system because of normative expectations the educators carry: Since there is technology involved, and since the content of Channel One concerns current events, the system must be effective and serve a greater purpose beyond an educator’s particular course.”