The gay men’s magazines QQ and Ciao! were unabashedly liberated, but they still catered to an exclusive audience. 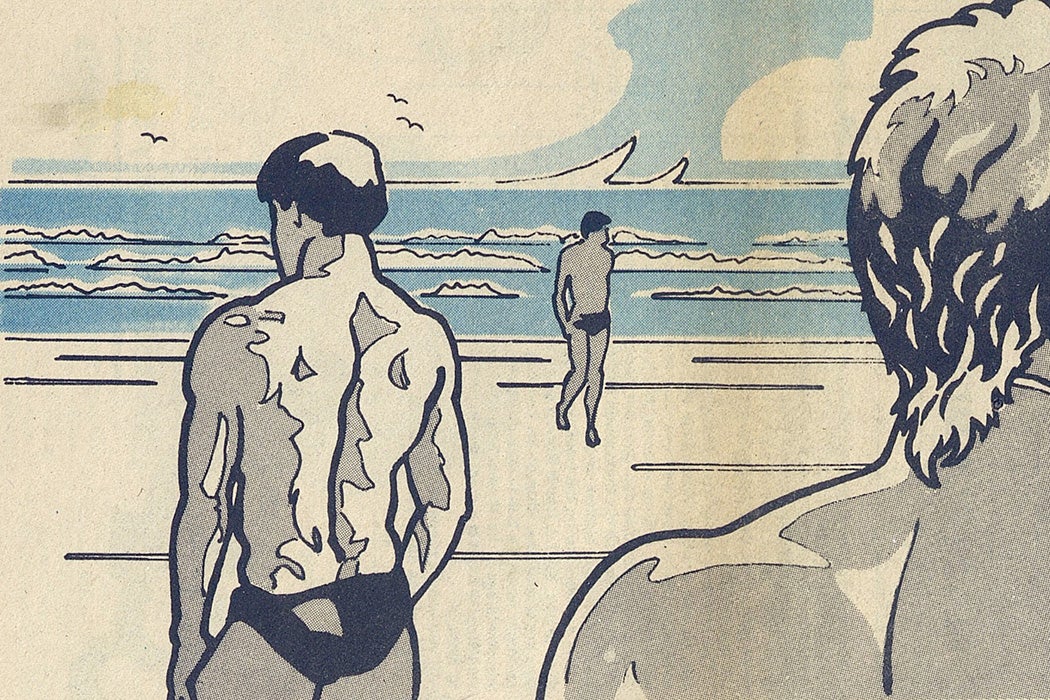 An image from the cover of the September 4, 1980 issue of Philadelphia Gay News
via JSTOR
By: Livia Gershon
3 minutes
Share Tweet Email Print

The early 1970s were a watershed moment for LGBTQ people. Today, we remember the increasingly outspoken political movement for gay and lesbian rights. But as humanities scholar Lucas Hilderbrand writes, not all of the era’s new developments were quite so serious. Hilderbrand tells the story of a magazine named QQ (initially titled Queen’s Quarterly) and its spin-off travel magazine, Ciao!

The magazine explained where to find dance clubs or leather bars, and what kind of crowd to expect at a particular spot.

Ciao!, which premiered in 1973, focused mainly on travel guides, offering information about bars, restaurants, and cruising spots in different cities and foreign countries. In between, there were nude photo spreads, with models identified only by country. The magazine explained where to find dance clubs or leather bars, and what kind of crowd to expect at a particular spot.

Hilderbrand writes that gay travel guides were not a wholly new idea. In the 1950s and ’60s, some gay men turned word-of-mouth descriptions of local scenes into guides consisting of the names and addresses of bars, with coded descriptions. But in the 1970s, higher-budget guidebooks flourished, and so did Ciao!

Both QQ and Ciao! were publications about “lifestyle,” a term that was becoming increasingly common at the time.

“The turn toward lifestyle, straight and gay, involved a turn toward consumption as a form of self-invention, yet the gay lifestyle media instructed its readershp not only how to become ‘themselves,’ as in the straight publications, but also how to become gay,” Hilderbrand writes.

The lifestyle the magazines promoted involved spending a fair amount of money, and, at least to some extent, seemed designed to fit white men. Hilderbrand notes that while Ciao!’s photos reflected more racial and ethnic diversity than many other gay publications of the time, that could be seen more as a reflection of fetishization than inclusion. Its guides ignored or barely mentioned bars catering primarily to men of color but did suggest that readers might be specifically seeking encounters with Black men in Detroit or Cuban Americans in Miami. Stories on international destinations like Morocco and Senegal objectified “exotic” men, while also portraying those societies as surprisingly tolerant and sexually fluid.

A Ciao! profile of San Diego in 1975 addressed its readers as cosmopolitan sophisticates looking for closeted “college students, servicemen and surfers” to hook up with.

“Although these young studs may do everything in bed, except perhaps kiss, there is still one rule a gay must never forget,” the author writes. “These youths cling tenaciously to their heterosexual self-image.”

Unlike those young men, the intended audience of QQ and Ciao! embraced a gay identity, if not necessarily one that was particularly political.

Browse other LGBTQ publications in the Independent Voices collection on JSTOR. 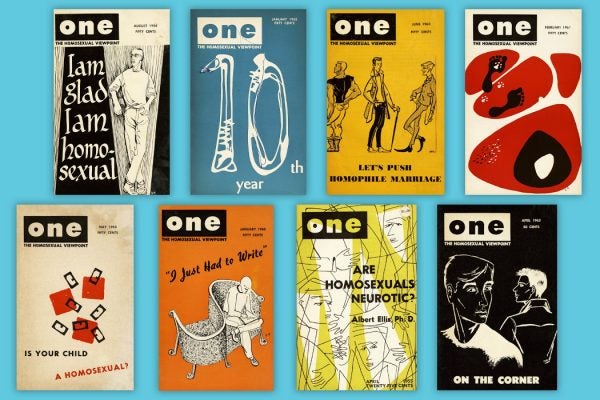 ONE: The First Gay Magazine in the United States

ONE is a vital archive, but its focus on citizenship and “rational acceptance” ultimately blocked it from being the safe home for all that it claimed to be.