Erasing student loans is a hot topic of conversation now. In the 1990s, debt forgiveness was an international movement. 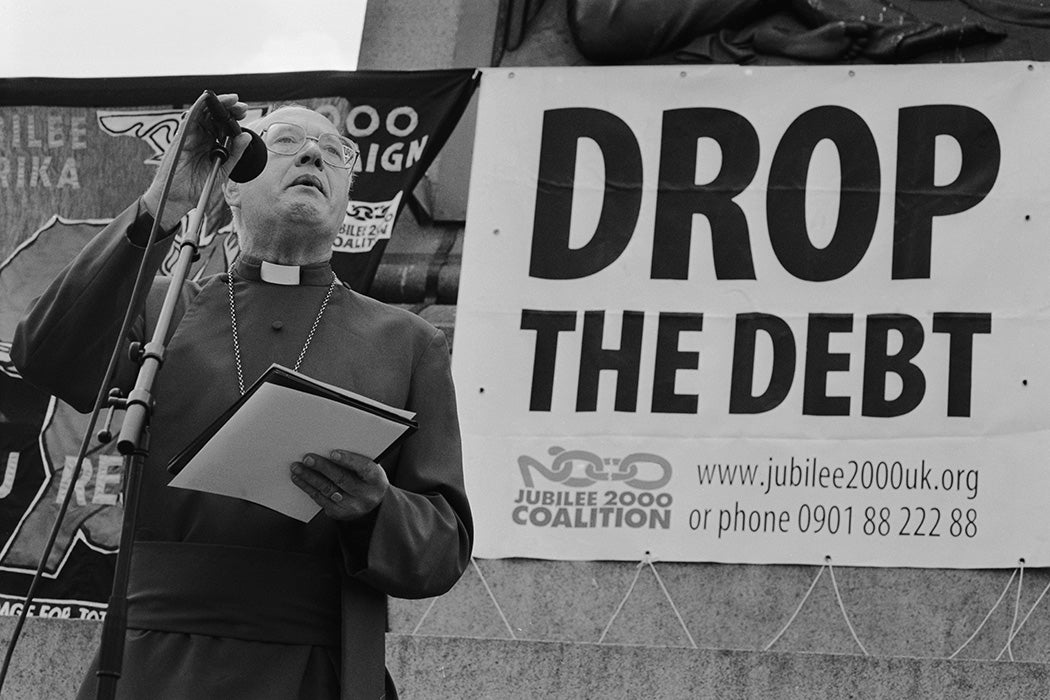 With forgiveness of student debt being proposed by some members of Congress, it may be helpful to remember Jubilee 2000, when debt forgiveness was extended to whole countries.

Jubilee 2000 was a movement to write off the debt of the world’s poorest countries. Saddled with heavy loan burdens, these countries—in Africa, Latin America, Asia, and the Middle East—were trapped in a ruinous cycle of requiring more loans to repay previous loans. For its advocates, a debt jubilee seemed the humanitarian response to the crisis.

The movement was very much a moral campaign that involved strategic framing and targeted approaches to “policy gatekeepers.”

As scholar Joshua William Busby argues, the movement was very much a moral campaign that involved strategic framing and targeted approaches to “policy gatekeepers.” Such campaigns were a new form of international advocacy. In the aftermath of the Cold War, the “advanced industrial world” was pressured to address such issues as landmines, conflict diamonds, and child labor based on “broader notions of right and wrong rather than their own material interest.”

Jubilee 2000 referenced the biblical concept of Jubilee, a time of celebration and relief every fifty years. In the early 1990s, British academic Martin Dent got the project rolling by suggesting that the millennium would be the perfect time for a “Jubilee year,” in which the indebted poor were liberated from their debt burdens.

The campaign would call for unconditional debt relief, but reaction was mixed. Busby notes that Britain and Canada, the smallest holders of bilateral debt, were more enthusiastic about helping the HIPC (Highly Indebted Poor Countries) than were France and Japan, which held the largest outstanding bilateral debt. “While the costs of debt relief for the United States were small, it took a long time to fulfill its pledge to the HIPC Trust Fund,” writes Busby.

Jubilee 2000 was multi-pronged, international, and fronted by celebrities like Bono. At the 1998 G-8 Summit in Birmingham, UK, some 50,000 supporters formed a human chain around the summit facilities. Thirty thousand ringed the 1999 G-7 Summit in Cologne, Germany. The Pope signed on in early 1999.

Busby relates the perhaps apocryphal story of Bono making conservative senator Jesse Helms cry with his argument. Helms, who had previously decried foreign aid, was evidently moved by Bono’s solicitations, even if no tears were involved. “The liberal-religious conservative coalition,” writes Busby, “that came together on debt relief presaged advocacy efforts that would pay an important role in the Bush Administration’s $15 billion financial commitment to fight AIDS.”

“In policy terms,” Busby adds, “Jubilee 2000’s efforts moved donors to more than double the amount of debt relief on offer; by May 2006, 19 states already qualified to have $23.4 billion of their debts written off[.]”

In Busby’s formulation, Jubilee cost the U.S. little in terms of wealth or political sacrifice, even though foreign aid, a tiny portion of the budget, has always been a hard sell. A combination of Clinton administration figures and congressional “technocrats” united with Christian appeals to powerful fundamentalists like Helms in the Senate. Other “gatekeepers that remained opposed to debt relief […] appear to have been moved by political pressure, lobbying, and shaming,” including from Jubilee 2000 supporter Pat Robertson. 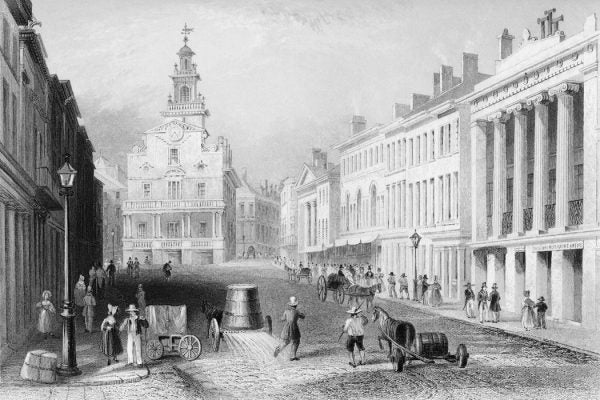 The Birth of the Modern American Debt Collector

In the 19th century, farm loans changed from a matter between associates into an impersonal, bureaucratic exchange.