In the early twentieth century, dance marathons were an entire industry—and a surprisingly hazardous business. 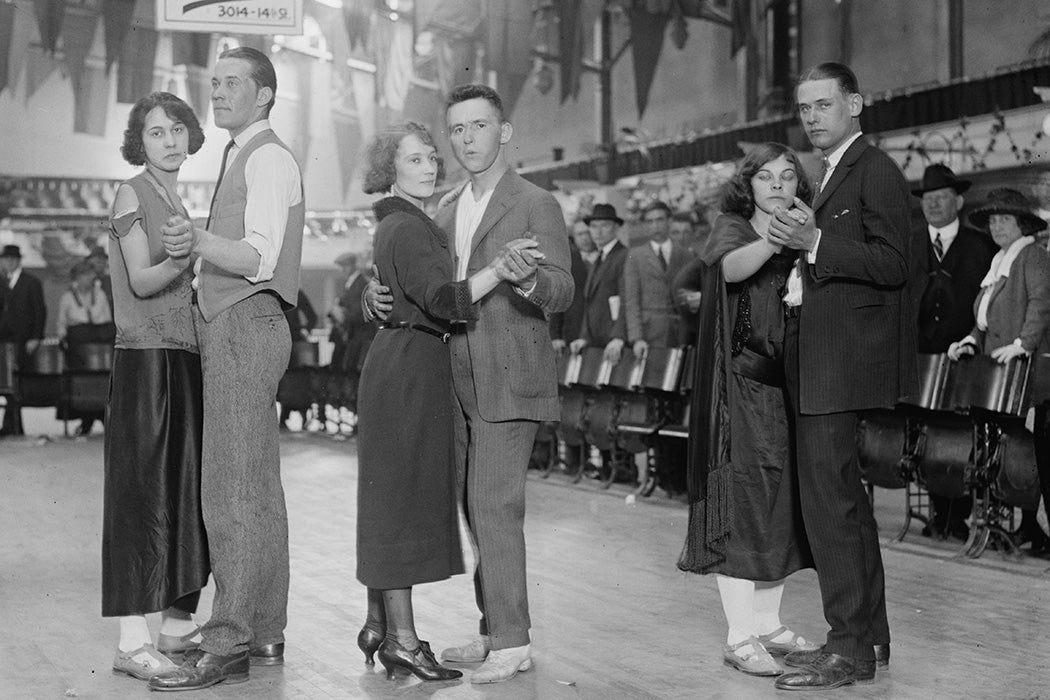 The concept of a dance marathon is simple: participants dance, move, or walk to music over the course of a long period of time—days, or even weeks. Today, the concept usually seems either like a natural punchline (perhaps you’re a fan of the It’s Always Sunny in Philadelphia version) or the sort of outlandish endurance challenge that suits itself to team fundraisers. This wasn’t always the case, though. In the early twentieth century, dance marathons were not only common and popular, occurring all over the United States with thousands of participants at a clip, they were an entire industry—and a surprisingly hazardous business.

The formal idea of a dance marathon emerged in the early 1920s, after a plucky vegetarian New York City dance instructor named Alma Cummings decided to see if she could achieve the world record for longest continuous dance. According to a report in the News-Journal of Lancaster, Pennsylvania, Cummings started just before seven o’clock in the evening on March 31, 1923, and danced the waltz, fox-trot, and one-step for twenty-seven hours straight, fueled by snacks of fruit, nuts, and near-beer and exhausting six male partners in the process. Her achievement inspired copycats and competitors, and before long, promoters started offering group dance marathons that hybridized sports, social dancing, vaudeville, and nightlife as a form of rivalry and entertainment.

To be sure, this all started as a novelty and was of a piece with other entertainments for folks seeking something—anything—entertaining in the 1920s and 1930s. (One 1931 article mentions other so-called “fatigue contests” ranging from the simply strange to the plainly dangerous, including “tree-sitting, rolling peanuts along a country road with the nose, driving automobiles with the hands tied, walking contests, roller skating contests, no-talking contests, talking demonstrations and marathons, fishing marathons, and the like.”)

Many dance marathons were, like professional wrestling, in fact fixed for maximum entertainment value.

The Great Depression represented the height of the dance marathon craze, for a few reasons. Promoters saw a clear opportunity for profit; contestants, many of them facing hard times, could try to win a life-changing amount of money; and spectators got cheap entertainment. What had been a slightly silly way for rural communities to enjoy a night out—the “poor man’s nightclub”—expanded to cities, turning into a circuit of highly publicized, regimented events. Doing well in a dance marathon was a way for performers to attain a sort of B-list celebrity, and indeed, many of the successful couples on the marathon circuit were semi-pro participants rather than folks who just strolled up to give it a try (most people could not, in fact, step away from their everyday lives for weeks at a time to participate, and many dance marathons were, like professional wrestling, in fact fixed for maximum entertainment value).

Gone was the simple “dance-till-you-drop” concept held over a day or so. The grandest of Depression-era dance marathons could last weeks or even months, with complicated rules and requirements that stretched out the action as long as possible. Couples would dance specified steps at certain times, but for the bulk of the action, they simply had to be in constant motion, with standing meals, “cot nights,” or breaks each hour for rest and necessities. “Dancing” was often an overstatement—exhausted participants simply shuffled or shifted their weight and held up their tired, boneless partners to keep their knees from touching the floor (this counted as a disqualifying “fall”). Surprise elimination challenges could find the dancers having to run sprints, engage in field-day contests like heel-toe races, or dance while tied together. Judges and emcees whipped up the crowd and the contestants, and they were not above flicking a wet towel at a flagging contestant or dousing someone in ice water if they didn’t rouse from naptime fast enough. Particularly good-looking dancers would pass thirsty notes to ladies in the front row to solicit gifts, the crowds engaged freely in betting, and “dope sheets” circulated among the community to provide updates for folks who couldn’t watch it live. Prize money could exceed a typical American’s annual income.

Spectators, typically paying from twenty-five to fifty cents for admission, loved it. Some people were there for the drama: the longest-running dance marathons bore no small resemblance to modern reality entertainment, with fans rooting for their favorite teams, making predictions about who might survive an elimination contest, or being angry that one team or the other was throwing elbows when the judges were looking the other way. According to promoter Richard Elliott, audiences “came to see ‘em suffer, and to see when they were going to fall down. They wanted to see if their favorites were going to make it.” (Like many such entertainments, marathons drew criticism for being low-class or even immoral.) For other Depression-era fans and contestants, the appeal was practical: dance marathons offered shelter, food, and entertainment for a good chunk of time.

The events were not without risk. Rowdy spectators could end up manhandled in the crowds, and there are accounts of at least one fan (upset at a “villain’s” shenanigans) falling off a balcony. Dancers took a physical beating, with their feet and legs typically bruised and blistered after weeks of perpetual motion. Nonetheless, the dance marathon craze was, for a time, blazingly popular. Scholar Carol Martin estimates that dance marathons employed some 20,000 people in their heyday, from trainers and nurses to judges, entertainers, concessionaires, and performers.

Dance marathons today are mostly done as school dance activities, party novelties, or when charities engage in the same sort of fundraising that is often attached to team walkathons or golf tournaments. They certainly don’t last as long as their predecessors, and observers have a happier outlook: a 1933 movie entitled “Hard to Handle” featured James Cagney as a dance promoter named Lefty, in which a spectator, fanning herself while munching on a popcorn ball, comments: “Gee, you gotta wait a long time for somebody to drop dead.” 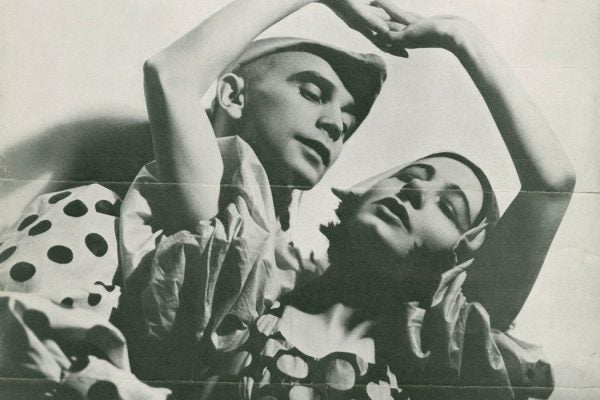