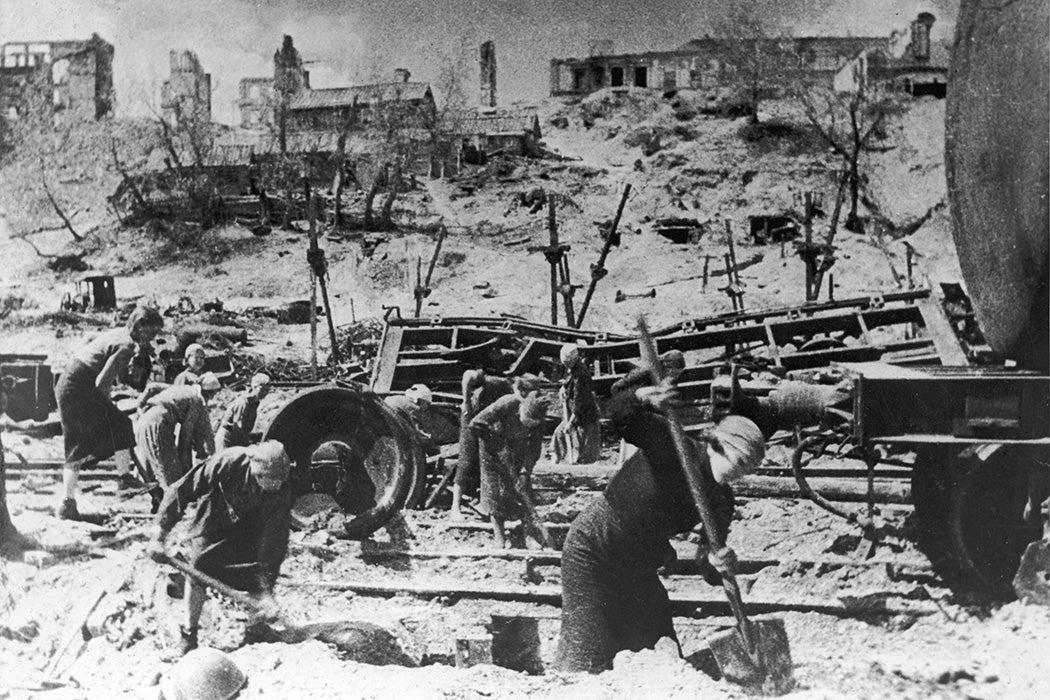 “Just” wars and smart bombs were supposed to make war more humane. Most governments, after all, insist that they don’t intentionally target civilians, hence the gruesome euphemism “collateral damage” when civilians are, inevitably, killed.

While there are different theories, policies, and tactics of war, civilians die in war no matter what anybody claims. In fact, according to scholar William Eckhardt, historically at least half of all deaths in wartime have been civilians.

“Attempts to estimate civilian deaths as well as military deaths in the wars of the last three centuries would suggest that war is in fact more indiscriminate than ‘just’ in its violence.”

The profoundly murderous World Wars of the twentieth century forced the average up to 216,000 deaths per war.

Eckhardt crunched the numbers globally over three centuries. The results make for grim reading: “wars have increased in frequency, duration, and deaths from the 18th to the 20th centuries,” he notes. If defined as “any armed conflict including one or more governments, and causing the deaths of 1,000 or more people per year,” our planet saw 471 wars from 1700–1987. These “lasted 1145 years, averaging 2.4 yers per war, with an average of 400 years of war per century.” This all adds up to some 101,552,000 deaths, which means that the “increase in war deaths was four times the increase in world population.”

The profoundly murderous World Wars of the twentieth century forced the average up to 216,000 deaths per war. Without WWI and WWII, the average number of death per war would be “only” 93,000. Remember, these are fatalities: casualty figures in war are even greater because they include the dead, the injured (who may of course have their life-spans shortened by their wounds), and those taken prisoner.

Have things gotten better since Eckhardt’s calculations? In his new book Humane: How the United States Abandoned Peace and Reinvented War, Samuel Moyn notes that “more than 80 percent of all US military interventions abroad since 1946 came after 1989.” Since 2001, the long US “war on terror” has so far claimed more than 387,000 civilian lives in Iraq, Afghanistan, Yemen, Syria, and Pakistan, according to the Costs of War project at Brown University. The project authors write:

War can also lead to death weeks or months after battles. Many times more people in the war zones have died as a result of battered infrastructure and poor health conditions arising from the wars than directly from its violence.

Historically, both civilians and soldiers were more often killed by disease and famine (and famine-related disease) than in battle. Eckardt notes that he didn’t take the global influenza pandemic into account for his World War I deaths, even though it followed in ruinous wake of the war.

In Russia’s war against Ukraine, which began on February 24, 2022, the UN Office of the High Commission on Human Rights tabulates civilian casualties daily. The task is beset by both the fog of war and intense propaganda. The number of civilian dead on April 12, 2022, was 1,892.

Meanwhile, Eckhardt notes that 44 percent of the entities (states, factions, etc.) who start wars win them. Put another way, more than half the forces who start wars lose them. Things have actually gotten worse for warmongers since the 1700s, when 56 percent of war “starters” won. Through the twentieth century, only 39 percent of those who started it, won it. But of course, civilians still lost most of all.