Could Sears Have Avoided Becoming Obsolete?

Amid a broader decline of American retail, Sears is struggling. Did changes in its business model over the course of its history doom it to failure? 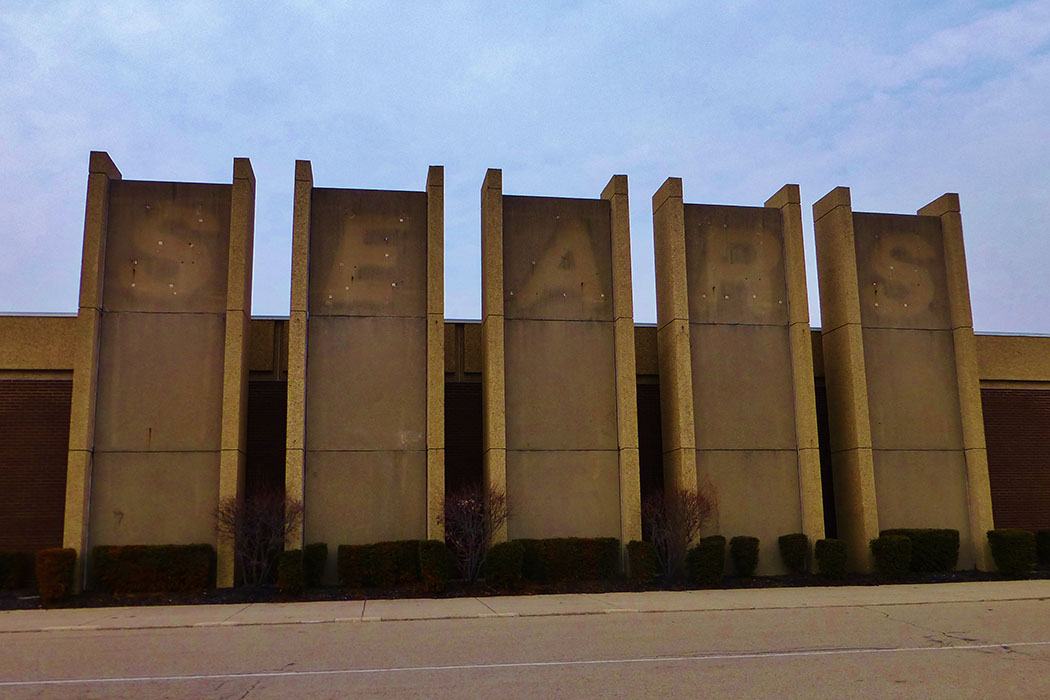 Navigate through pages of products, read the description next to the photo that catches your eye, and, if you like it, place an order. Although the phone-book-size Sears catalogs of a century ago might not seem particularly modern, from their pages sprung the company that shaped and transformed the American department store.

Despite its early success and historic reputation, Sears Holdings has been in decline for more than a decade, with total losses of $10 billion in the past six years and a January 2017 announcement that the company would close 108 Kmart and 42 Sears stores by April 2017.

It can be difficult to imagine when looking at the apocalyptically empty Sears stores of today, but the company was once on the cutting edge, breaking the retail rules of its time. In his 2006 paper in the Journal of the Society of Architectural Historians, the historian Richard Longstreth explores how the mail-order company—which saw a meteoric rise as it transitioned to physical storefronts—created the department store as we recognize it today, including everything from store location to architecture to interior design. The company’s history, a mix of triumphs and disappointments, offers insight into the shopping patterns and needs of customers over the past hundred years. It tells a story of the slow death of malls and the department stores inside of them.

During the late-nineteenth century, mail-order businesses took advantage of expanding railway systems to reach rural farmers. The Homestead Act of 1862 dramatically increased the number of Americans who lived in areas without access to shops, and many general stores took advantage of this scarcity by hiking up their prices. Mail-order catalogs provided rural customers with the variety and competitive pricing of an urban store.

Richard W. Sears first launched his company in 1886, joining forces with Alvah C. Roebuck in 1887 to begin selling watches and jewelry through catalogs. One of many catalog businesses, Sears became known for its quality guarantee and its free return policy, similar to those used by online retailers today. In an interview with Stuff You Missed in History Class, Sears historian Jerry Hancock suggests that one reason for the popularity of catalogs in the Jim Crow South was that they allowed African Americans to shop without having to worry about segregated stores. Catalogs gave them access to products they would have had difficulty obtaining at brick-and-mortar locations.

With the corporate restructuring brought on by the company’s second president, Julius Rosenwald, Sears continued to expand the line of products it offered. Between 1895 and 1900, sales increased from $750,000 to $10,000,000, with Sears beating out rival catalog Montgomery Ward, which had been in business for nearly 30 years. Sears went on to quadruple its net sales between 1910 and 1920.

From this comfortable position as one of the leading catalog businesses in the country, Sears might have easily continued its trajectory by only focusing on the catalogs that had made it so successful. However, just as railroads and westward expansion into rural areas had created a need for catalogs, the years after World War I saw the rise of the automobile, with industrial development causing people to flock back to cities, creating a demand for retail spaces to serve them. While catalogs were popular among isolated rural customers, urban dwellers wanted the instant satisfaction of buying products in a store.

Defying the retail logic of its day, Sears built the majority of its stand-alone stores far from business centers.

Robert E. Wood, who would become Sears’s fourth president , was convinced that this change would threaten and undercut the catalog business. Having first worked for rival company Montgomery Ward, Wood had been fired because he kept pushing for expansion into physical retail outlets. Longstreth explains that Sears executives weren’t eager to jump into retail, since there was little incentive to risk investing money into the project while catalogs were still so successful. But thanks to Wood’s persuasive abilities, the company eventually embarked on the project that would cement its role in the American retail landscape.

According to Longstreth, in the program’s first three years, half of the Sears retail locations that opened were piloted in mail-order distribution plants, industrial buildings located on cheap land far away from downtown areas or retail districts. Locating the new stores in existing facilities or attached complexes meant fewer costs in launching them and ensured that, if the project failed, the retail spaces could be converted for use in mail-order distribution. Wood realized that customers were willing to drive out of town to visit these stores, with their isolated locations providing incentives like reduced traffic and more room for parking. Defying the retail logic of its day, Sears would go on to build the majority of its stand-alone stores far from business centers.

Unlike Selfridges, the “destination” British department store that traded in glamour and aspirational products, Sears stayed true to its roots as a catalog by providing practical items at accessible prices. Sears didn’t aim to be trendy or fashionable, instead advertising the durability and value of its products, and it attracted criticism for lacking “personality.”

Early Sears could be best compared to today’s Walmart or Target. Around the store, displays were simple, and customers could select items with or without the help of a sales clerk. Like these stores, Sears’s expansion led to the shutdown of many smaller local retailers. But Sears sought to breed goodwill by integrating itself into the community, promoting the expertise of its local staff, and stocking region-specific products, moves that current retailers often copy through fundraising for local causes and schools.

Longstreth notes the various ways Sears courted male shoppers, which was unique for a department store of the time. From a practical standpoint, since the store wasn’t accessible by public transportation, many men needed to drive their wives there. Unlike other department stores, which may have alienated men with ground floors dedicated to cosmetics and perfume, Sears included products like hardware and building materials, placing these departments where men could easily find them while they waited for their wives. Store brands like Craftsman were sturdy, affordable, and enjoyed a generous return policy, making them a popular purchase.

Sears’s success came from its ability to recognize and adapt to new technologies—first the railroad, then the car.

Sears customers also enjoyed the advertised “ample, free parking,” unprecedented in a time when most businesses either charged for parking or assumed there was enough curb space to accommodate their customers. Realizing the expanding role of the automobile, Sears parking lots were well-lit and often included a pavilion with free air to fill tires and water to cool engines.

Sears’s success came from its ability to recognize and adapt to new technologies—first the railroad, then the car. But, according to Longstreth, the practices that made Sears so successful in its early years also became the things that held it back. After Sears proved with strong sales how effective its store designs, non-central locations, and car friendliness could be, other stores were quick to copy. Suddenly, the things that had made Sears distinctive could be found everywhere.

Rather than continue to innovate and adapt, Sears stayed largely the same, even lagging a few years behind as other major retailers entered malls. Amid dropping sales, in 1993, the company discontinued its catalog and closed down various independently standing locations. Although malls were already in decline, Sears set its focus on growing its anchor store locations.

By the time the internet and online shopping began to cut into physical retail sales, Sears’s history of breaking into new forms of retail was lost to the past. The store was perceived as old-fashioned by younger generations. And its older group of core customers was uninterested in online shopping.

Since 2009, Sears Holdings has focused its comeback efforts on its loyalty program, Shop Your Way, where people can collect points to cash in for coupons and use the company’s social media platform to show off their purchases to friends. Skeptics, along with a former executive interviewed by Business Insider, allege that the program is an attempt to collect and sell consumer data. Even if that’s not true, the rewards program appears to have hurt more than it has helped: Customers report lengthy and complicated sign-ups that cause long waits at the checkout line, inspiring some to walk out without buying anything.

The stores that are still open are short-staffed and looking worse for wear. One former vice president told Business Insider that in many locations “the ceilings are leaking and the floors are cracked.” As their physical stores get more depressing and short-staffed, with plastic sheets attempting to hide empty aisles and departments, Sears and Kmart have lost the competitive edges that physical stores have over online retail: customer service and atmosphere.

Even though the brand has been in decline for years, various interviews with former executives and a recent shareholder lawsuit point to Eddie Lampert, who was responsible for acquiring Kmart and who has been the CEO of Sears Holdings since 2013, as one of the major reasons for recent failings. Lampert has allegedly carried out various real estate and financial deals to benefit his private interests, making the failure of Sears personally profitable. Lampert also has been the major figure pushing Shop Your Way at the cost of neglecting physical stores. The desire to diversify and compete online is understandable, especially for a company with a proud history of recognizing the ways that new technologies shape consumer needs, but Sears is not the brand it once was.

Amid constant announcements of store closings, the loss of $2.22 billion in fiscal year 2016, and the continued dilapidation of physical storefronts, it is clear the Sears success story ended long ago. Sears shaped the American retail landscape only to be swallowed by it. 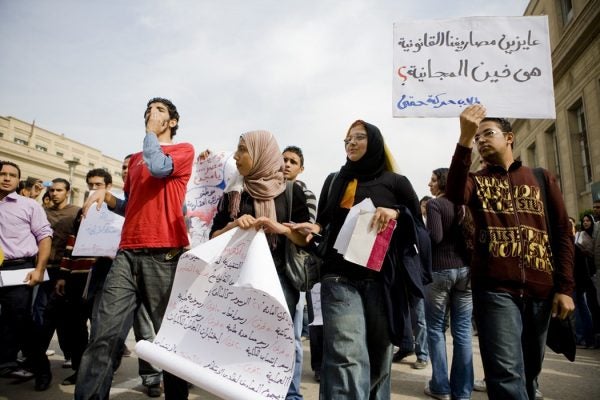 Could Youth Unemployment in the Middle East Be Dangerous?

Nearly half the population in the Middle East is under 25 years old, and their unemployment rate hovers at a staggering 30%.