The first feature-length zombie movie emerged from Haitians’ longstanding association of the living dead with slavery and exploited labor. 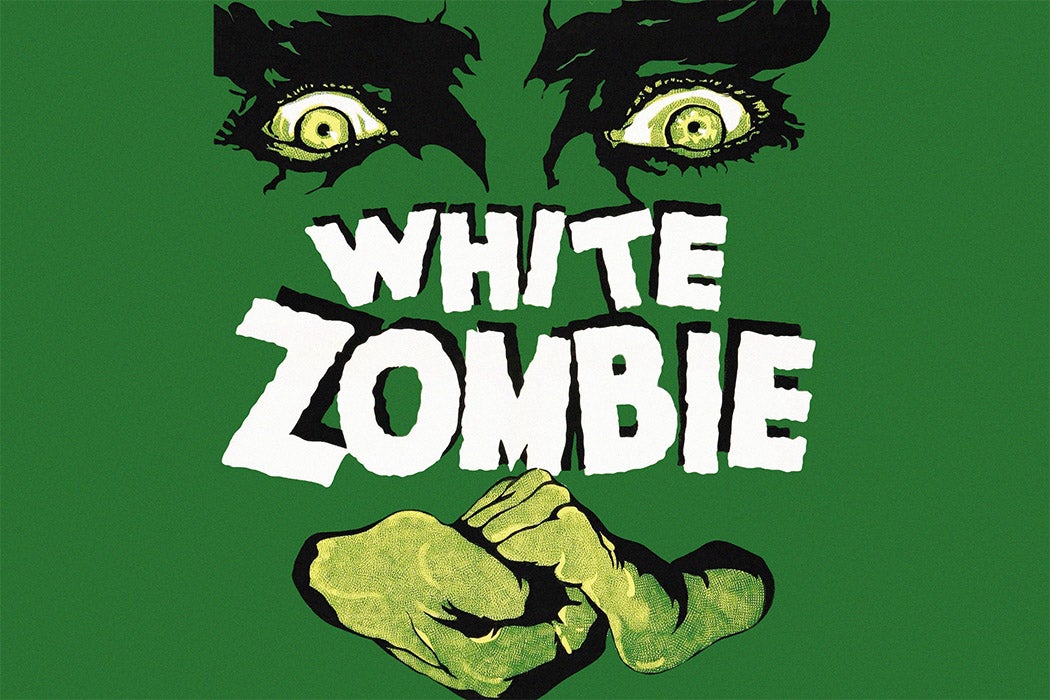 George Romero created the modern zombie as metaphor for contagious disease and consumerism. But, as film scholar Jennifer Fay writes, the first feature-length zombie movie emerged from a different kind of metaphor—Haitians’ longstanding association of the living dead with slavery and exploited labor.

When White Zombie premiered in 1932, Fay writes, the United States was in the seventeenth year of its occupation of Haiti and was facing mass strikes and demonstrations that would lead to its full withdrawal two years later. The movie focuses on white characters—the titular zombie is an American woman stolen from her husband on her wedding night by a rival with the help of the voodoo-practicing European plantation owner, Murder Legendre (played by horror icon Bela Legosi). But the backdrop of the action is occupied Haiti as described by US journalist and occultist W. B. Seabrook.

Rather than portraying the animal sacrifice and blood-drinking involved in the ritual as grotesque, he presents it as an authentic religious experience.

In The Magic Island, his book about his travels in Haiti, Seabrook describes participating in voodoo ceremonies under the guidance of a priestess and village leader in the island’s interior. Rather than portraying the animal sacrifice and blood-drinking involved in the ritual as grotesque, he presents it as an authentic religious experience, contrasting it with what he sees as hollow practices of Christianity in the US.

But, Fay points out, later in his narrative, Seabrook returns to what he views as “Americanized Haiti” in Port-au-Prince. Here, he describes voodoo magic perverted to provide undead workers for the Haitian-American Sugar Company (HASCO), an operation owned by US interests known for paying low wages for grueling work. Local people tell him of middlemen who exhume bodies from their graves and revive them, collecting their wages on payday.

“In this account, zombies are a modern industrial practice of occupation culture whereby the more enterprising Haitians enslave the cadavers of their countrymen,” writes Fay.

From its beginnings in the French slave colony then known as Saint-Domingue, the Haitian zombie legend was intertwined with enslavement. Promotion for White Zombie in the US leaned heavily on this connection while also sensationalizing the supposed savagery of Black Haitians. Ad copy promised that the film’s depiction of corpses “dug from their graves and put to work as slaves” was based on factual observations by American researchers. Promoters encouraged local exhibitors to hire Black performers to dress in “tropical garments,” beat tom toms, and yell.

The promotions played on allegations of nefarious voodoo practices that had been used to justify the US invasion while also gesturing toward the exploitation of Haitians by their occupiers. (Fay notes that in 1921, The New York Times estimated that 2,500 Haitians had already been killed during the occupation’s first seven years, many while fleeing the forced labor systems that the occupiers instituted.) In the midst of the Great Depression, moviegoers’ thoughts may have been on the mistreatment of workers, not just internationally but at home.

“The fear of a spectral workforce underwriting both the occupation in Haiti as well as the industries at home may well explain White Zombie’s eventual commercial success,” Fay writes. 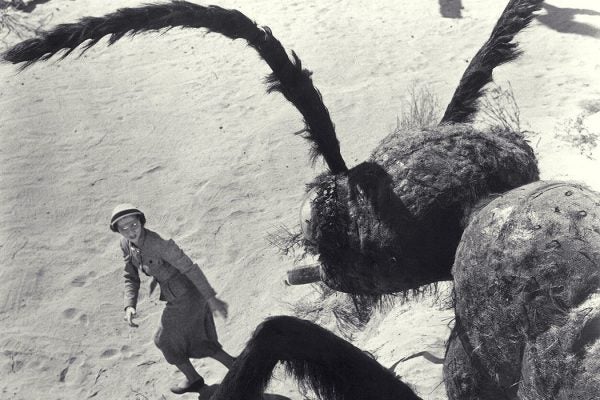 Fear of an Insect Planet

"Big bug movies" of the 1950s have been interpreted as projections of nuclear anxieties. But what if they were about...actual fear of bugs?