What Can Tiffany’s Mosaics Teach us about Stereotypes?

Tiffany’s glass mosaics can teach us a lot about stereotypes and nineteenth-century ideologies, particularly in the Marquette Buildings mosaic friezes. 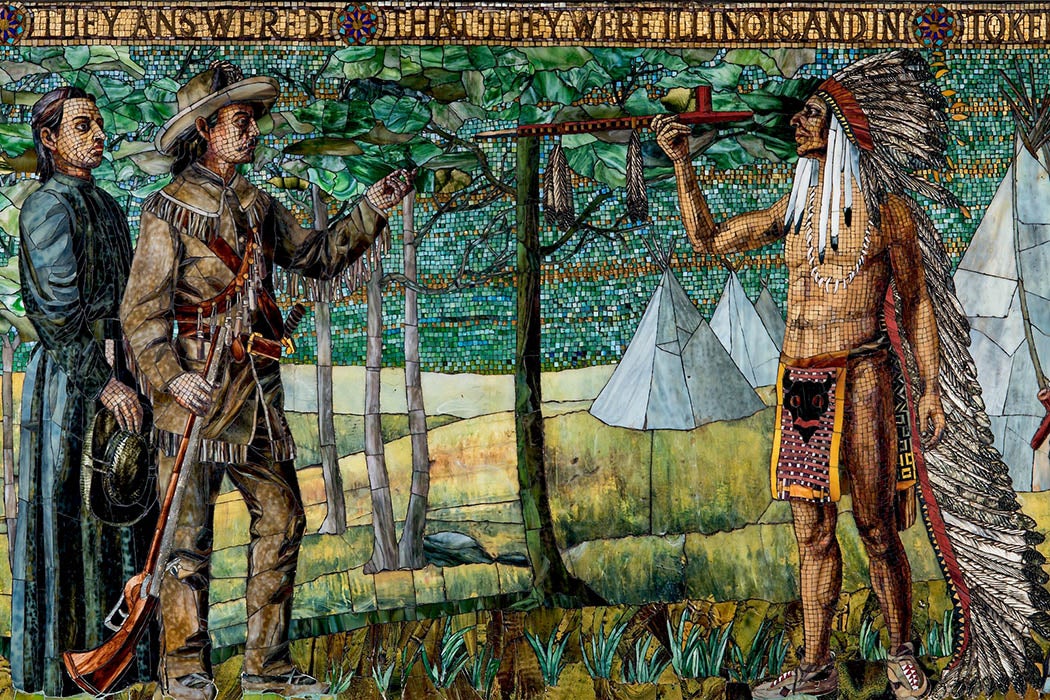 The mosaics were certainly appreciated in their day. In 1910, Edmund Buckley wrote about the wonderful Tiffany mosaics in Chicago, like those at the Chicago Public Library and at the department store Marshall Fields. According to Buckley,

Of the mighty works done in the last decade, the mightiest are the mosaics, about the last art-object one would expect to find in a new city, so associated is the n[o]tion of mosaic with medieval Europe.

Yet now, in the matter of modern mosaic, Chicago leads the civilized world!

In 1895, architectural planner Owen F. Aldis commissioned Tiffany’s studios to produce a large, four-foot tall mosaic frieze for Chicago’s Marquette Building. This mosaic was to tell the story of the building’s namesake, Father Jacques Marquette, a French Jesuit who journeyed down the Mississippi River in the 1600s. It is comprised of figurative portraits and a trio of alternating narrative panels depicting Marquette’s travels.

An important part of that journey included Marquette’s meeting with the Peoria tribe in Illinois. J. A. Holzer, Tiffany’s lead mosaicist on this project, composed this meeting between the French explorers and the Native American men of the Illinois confederacy skillfully and beautifully. But the artwork is not at all historically accurate. In fact, Holzer presents them as having the clothing, headdresses, and other accessories of Plains Indians.

It is no surprise that the mosaic frieze is informed by stereotypes rather than facts. It was produced just after the age of Westward Expansion. At this time, colonial portraits, inaccurate “history paintings” of violent Native Americans, and landscapes of the American West often perpetuated misinformation, driven by the political tensions present in American frontier art of this time and nineteenth-century ideologies like Manifest Destiny.

Scholars like Philip J. Deloria and Thomas King, as well as filmmakers like Neil Diamond, point out the complicated relationship that white artists have had with Native Americans. They note that, to these non-native artists, all American Indians became synonymous with Plains Indians. Artists stripped Native Americans of individual tribal identities and instead portrayed an imagined stereotype donning headdresses, wearing woven loincloths, and riding horses, without realizing or caring that indigenous people in the United States are wildly different, with their own unique customs, cultures, clothing, and traditions.

Why does this matter? In Indians in Unexpected Places, Philip J. Deloria terms such phenomenon “a five hundred year headache…called disrespect, injustice, and oppression.” He points out how “through images and sounds of popular culture—that expectations work their way into lives and actions and, from those seemingly innocuous actions, into other, more damaging forms of racism and oppression.”

While the Corning Museum of Glass exhibit focuses more largely on the aesthetics of Tiffany’s striking glass mosaics, it does shed light on the historical inaccuracies in the Marquette Building. Clearly these problematic portrayals of Native Americans are deserving of continued study and more nuanced approaches. 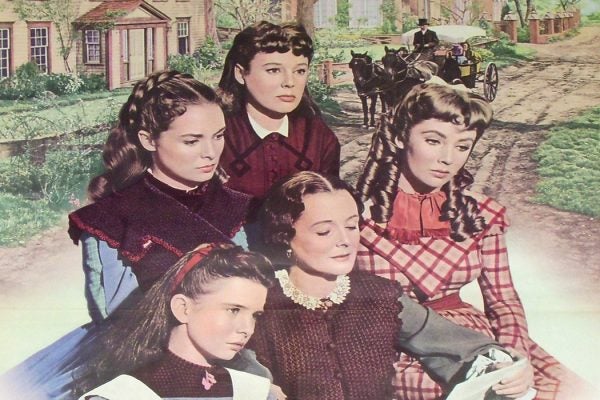 The Grumpiness of Little Women

By focusing in on the characters’ emotions, a scholar discovers something more than good little women. She finds surprisingly angry ones.