Li Zhi’s exasperation with the corruption, greed, and superficiality of the powerbrokers in his society fueled his rebellious writing. 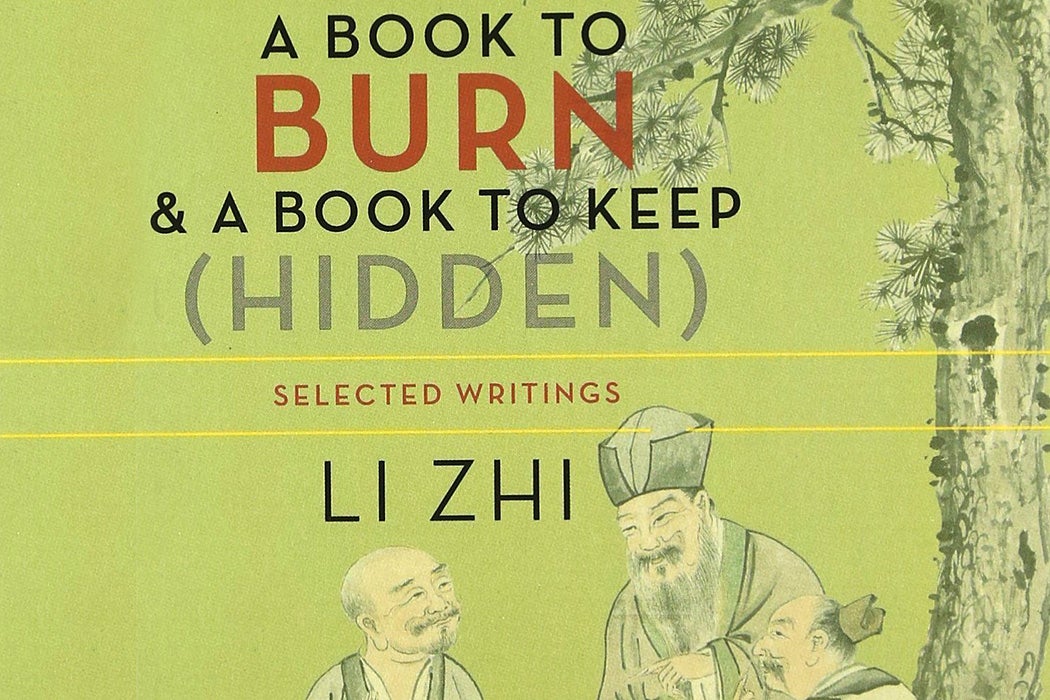 In 1592, the Chinese philosopher Li Zhi wrote this preface:

I desire to burn this book. I say that I must burn and discard it. I cannot keep it… As for those who find my work grates upon their ears, they most certainly will succeed in killing me…

Li Zhi titled his manuscript, fittingly enough, A Book to Burn. The title can be read in many ways: as a challenge, a warning, a self-fulfilling prophecy, or even a bit of black humor. He followed it up with two sequels: Another Book to Burn and A Book to Hide. What drove him to publish a manuscript so controversial that he was certain it would bring about his death?

Li Zhi’s exasperation with the corruption, greed, and superficiality of the powerbrokers in his society fueled his writing. As he wrote, “if the ancient sages had not built up indignation they wouldn’t have written anything. To write something without indignation, that would be like shivering when you’re not cold, or groaning when you’re not sick. Even if they had done that, who would pay attention?”

You could say that Li Zhi was one of those people whose uncompromising principles make it impossible to live with the world as it is.

Li Zhi never gave himself over fully to any one ideology. He called himself a Confucian, but was endlessly critical of Confucianism as he saw it practiced in the world around him. Even when he joined a Buddhist monastery and shaved his head like a monk, he let his beard grow long and refused to stop eating meat. You could call him a contrarian or a crank, or you could say that he was one of those people whose uncompromising principles make it impossible to live with the world as it is.

Nor did Li Zhi show much interest in creating an internally consistent philosophy. In fact, A Book to Burn is extravagantly and even joyfully self-contradictory. Perhaps, as some scholars have argued, that was his way of forcing readers to exercise their own judgement and form their own opinions. He didn’t want to become one of those dusty experts whose words people parroted without real understanding.

This was a radical position, because Li Zhi lived in a time when cultural status and success were deeply tied to “toeing the line” of acceptable beliefs. To receive a high-ranking position in the bureaucracy, young men were required to pass the famously difficult civil service exams. Success depended on regurgitating orthodox opinions. There was even a scandal in 1595, when it was revealed that students had passed the exams by copying example essays word-for-word from their study manuals. As a youth, Li Zhi passed the first level of the civil service examinations, but he refused to sit for the second, thus taking himself out of the running for any truly prestigious positions. This was perhaps the first sign of the rebellious streak that would come to define his life and work.

He argued that women had equal intellectual powers to men, and were only deprived the opportunity to develop them.

Despite his top-notch classical education, Li Zhi valued popular entertainment as well as the classics, and the vernacular tongue as well as the refined language of scholars. He followed the doctrine of Wang Yangming, believing that anyone had the potential to become a sage. He argued that women had equal intellectual powers to men, and were only deprived the opportunity to develop them. He even took on a female disciple, Mei Danran—an extremely shocking choice at the time.

Li Zhi challenged the orthodox belief, laid out in the classic text the Doctrine of the Mean, that the relationship between ruler and subject was the fundamental basis of social order. Instead, he argued for friendship as the most important social relationship. Indeed, Li Zhi’s friendships were central to the development of his philosophy. A Book to Burn started as a bundle of letters circulated among Li Zhi’s friends, and, in its preface, he justifies his choice to publish such a dangerous volume with the hope that “if one of my essays speaks to the heart of another, then perhaps I may find somebody who understands me!”

Yet the letters also record the strain that Li Zhi’s uncompromising principles put on his friends. He believed in harshly criticizing those friends who strayed from what he saw as right. As a result, many of his relationships suffered. As Rivi Handler-Spitz, Pauline Lee, and Haun Saussy write in the introduction to their translation of Li Zhi’s selected writings: “A Book to Burn reports the recurrent bewilderment and loneliness Li experienced as one by one his friends grew tired of his relentless faultfinding and abandoned him.”

On the other hand, those of his friends who refused to compromise their ideals often suffered for it. In 1579, one of Li Zhi’s role models, the philosopher He Xinyin, died in prison after being arrested for his radical ideas. Li Zhi must have known that the same fate was coming to him, sooner or later. In 1602, the Wanli emperor ordered Li Zhi arrested. He died in prison that same year, and all copies of A Book to Burn were ordered to be thrown on the bonfire, fulfilling the promise of the title.

Yet the official prohibitions only increased the text’s cachet. Zhu Guozhen wrote that almost every member of the literati kept a treasured copy of A Book to Burn hidden like a precious rarity. In fact, Li Zhi’s name became such a selling point that booksellers slapped his name on entirely fabricated manuscripts. Wang Benke wrote in a preface to one of his books, “Within the four seas there is no one who does not read this gentleman’s writings; there is no one who does not desire to read them all; they read them without stopping, and some even read pirated editions.” Not bad at all. 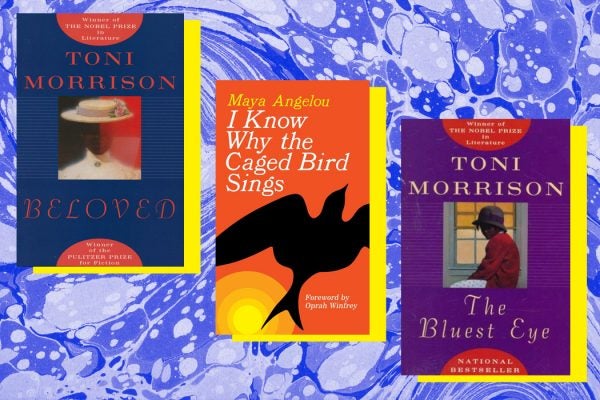 Censorship Leaves Us in the Dark

Books and other art are often censored for covertly racist reasons.