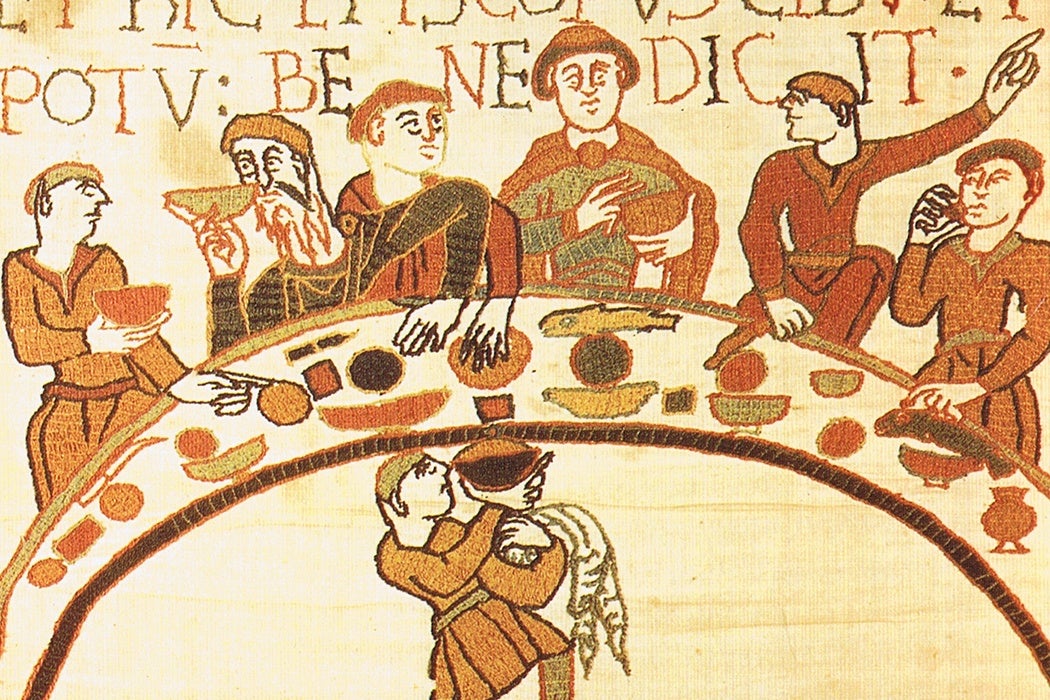 Using sophisticated biochemical analyses, a Milwaukee brewery has recreated Iron Age beer from the residue of containers discovered in Germany. The beverage, brewed from barley, honey, mint, and a relative of roses called meadowsweet, is not ready for mass production but was sufficient to inebriate a few archaeologists and brewers. Recreating 2500-year-old booze is no easy feat, but using techniques that range from incredibly simple to cutting edge, researchers have been able to prepare a variety of ancient feasts in the modern age. In the process, they can paint a picture of the ancient world’s eating habits.

Recreating ancient feasts requires some guesswork. If there are preserved leftovers to work with, modern chemistry can tell you what ingredients were present but not necessarily how they were prepared or stored. So it was that a team of archaeologists and chefs attempted to recreate the funeral feast of King Midas.

Recreating the food of the ancients, from Iron Age beer to Roman fish relish.

King Midas couldn’t actually turn everything into gold, but he was a real ruler in Central Turkey around 700 B.C.E. His tomb was first excavated in the 1950s. In the 1990s researchers realized the site also included the dirty dishes from Midas’ last farewell. The spoils included several pounds of food and drink residue (apparently Midas’ funeral had a lot of leftovers). Chemical analysis indicated that the main course was a barbecued lamb stew flavored with fennel, olive oil, and served with lentils. The drinking vessels contained trace chemicals found in both beer and wine, but it wasn’t clear if they were mixed or if the vessel stored both beer and wine. When the feast was prepared, the team created a tangy malt beverage somewhere between wine and ale.

In other cases, recreating ancient meals is much easier. Some cultures, particularly the Romans, left a rich written record of their cuisine. The Roman writer Marcus Gavin Apicius, for example, is credited with writing one of the earliest known cookbooks, The Art of Cookery.

Apicius and others provide detailed insight into the Roman diet. Ordinary people might have supped on bread with preserved fish relish, broad bean porridge and maybe exotic meat on special occasions. Richer citizens may have enjoyed eggs, young goat, cabbage, and salad. Contemporary writers have adapted many of these recipes for the modern cook.

The written record has been confirmed through lower-tech archaeological techniques. Latrines and drains, for example, are full of bones. Roman archaeological sites are plentiful, so abundant storage containers— and their contents— have survived. Modern analytical techniques open whole new possibilities from cultures with sparser records. The real paleo diet, maybe?