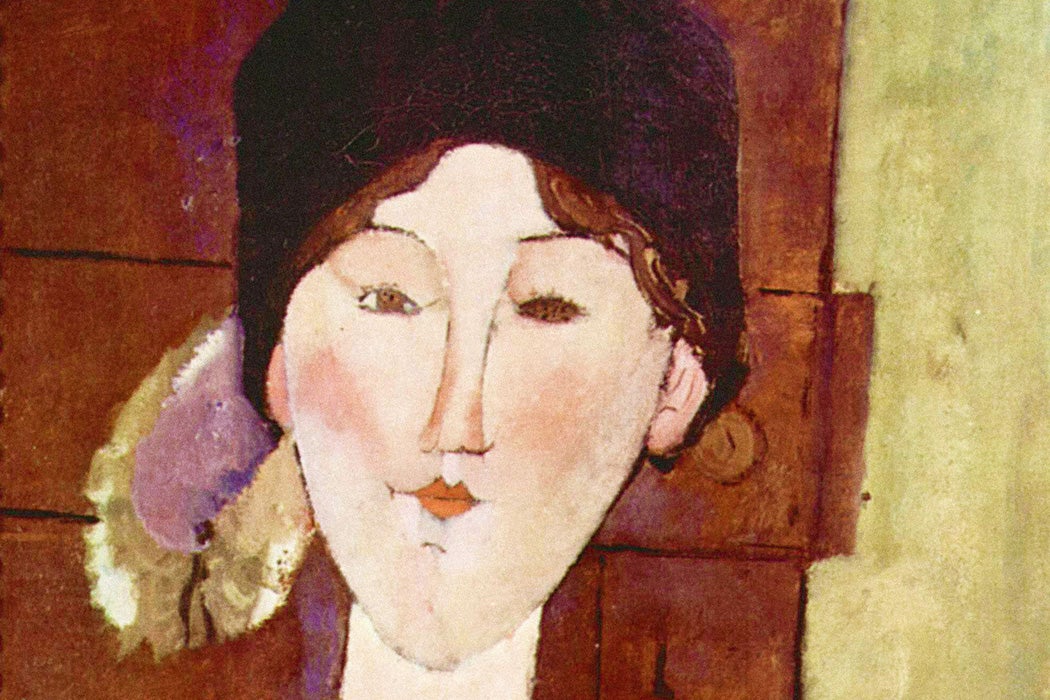 A 1915 portrait of Beatrice Hastings by Amedeo Modigliani presents a long-necked woman clad in sensible brown clothing. She’s looking out at the viewer with steady, intelligent eyes and small, pursed lips. Modigliani’s Modernist style has adapted her features into a surrealist caricature. While the painting itself is charming, it gives viewers little insight into the character of the subject. Modigliani, unlike portraitists of the past, gives her no props to indicate her trade. A pen would have been appropriate, or an open magazine, but Modigliani includes neither. In his representation, his model is a simple woman, but in reality, she had a complicated life. She was Beatrice Hastings (1879–1943), and she was an accomplished writer in her own right.

The model’s real name was Emily Alice Haigh, and Beatrice Hastings wasn’t her only pseudonym—it’s just her most well-known one. “Hastings” was borrowed either from a failed marriage to a prize fighter or from the town of Hastings in East Sussex, where she went to school. Her use of a selection of pen names matched her aptitude for versatility. She worked with editor A. R. Orage, a long-time lover, on the cutting-edge weekly magazine The New Age, which “mixed politics, philosophy, and aesthetics with a socialist agenda inspired by the writings of Nietzsche.” Hastings and Orage met at a talk given at London’s Theosophical Society; Hastings notably embraced the movement and later penned a controversial defense of its founder, Madame Helena Petrovna Blavatsky.

Hastings’s writing style, subversive of typical female journalism at the time, was sharp and at times almost cruel in its parody of other writers.

Hastings regularly contributed witty sketches of prose, poetry, and drama to The New Age, and she worked as an active co-editor from 1907 to 1914. As Cary Snyder points out, Hastings’s writing style, subversive of typical female journalism at the time, was sharp and at times almost cruel in its parody of other writers. Hastings eventually fell out with Orage, claiming he refused to give her credit for her work and deliberately stifled her creativity and social life.

Hastings made a convenient model for Modigliani. Not only was she free of charge, but she also lived with him. From 1914 to 1916, during the height of expatriate avant-garde migration to France’s capital, she and Modigliani shared a cheap apartment in Paris. They were unmarried lovers, a scandalous arrangement for the time, but both were too bohemian to care. Hastings agreed to model for fourteen of Modigliani’s works, and in 1916 he got the sensible clothing off her and painted her in the nude.

Hastings was bold; she was fearless in her approach to writing and art as well as her relationships. She was bisexual, and her second-most famous lover, after Modigliani, was the New Zealand writer, Katherine Mansfield. The two women also developed a mentor-student relationship, and Mansfield often turned to her for emotional and intellectual support. According to Snyder, Hastings, along with A. R. Orage, “not only encouraged Mansfield to cultivate a sparse and sardonic style, but also taught her the power of parody and satire to create a place for herself in a sometimes hostile literary world.”

Hastings, tragically, took her own life in 1943. History can give her the recognition Orage denied her by remembering her as a significant figure of the Modernist movement, rather than as a minor one. 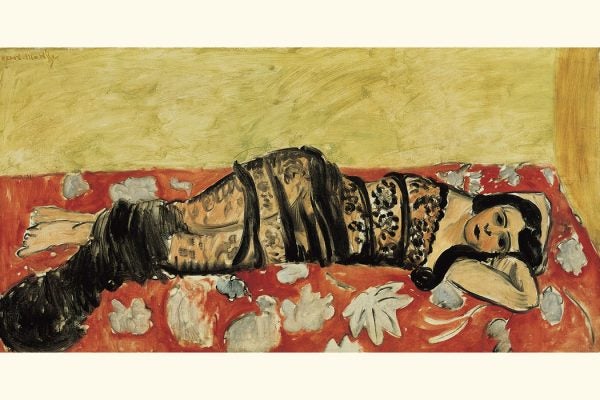 Henri Matisse's odalisques, or reclining nude females, were inspired by trips to exotic French colonies. But what was the story outside the frame?