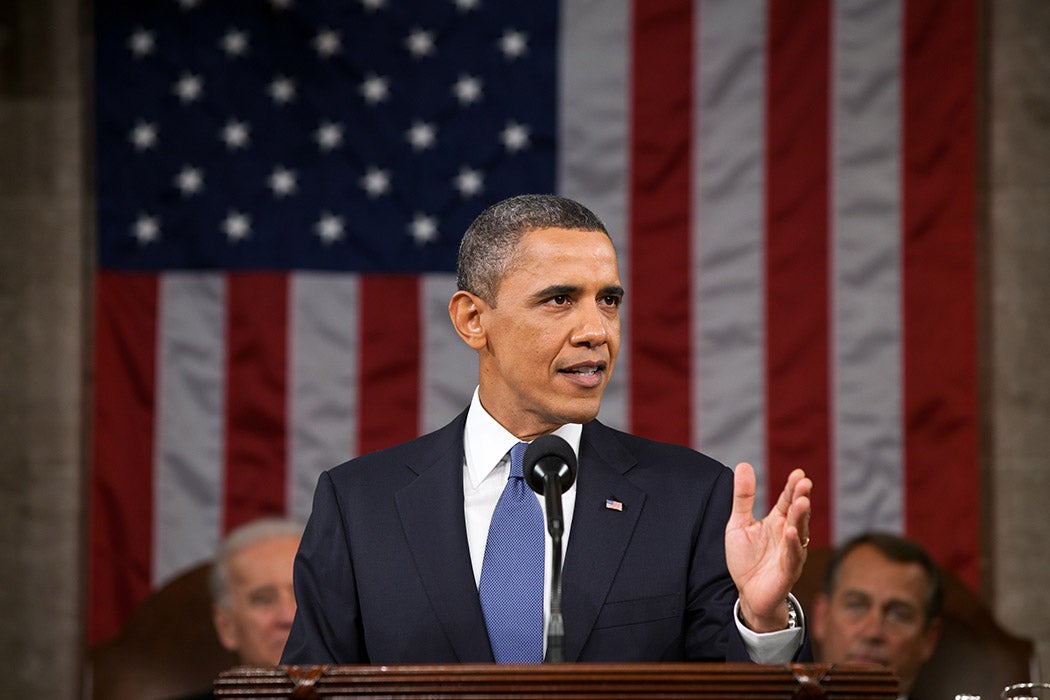 President Obama delivers the State of the Union in 2011
via Flickr/White House
By: Shannon Luders-Manuel
3 minutes
Share Tweet Email Print

Black actors, entertainers, and everyday citizens often have a particular cadence to their voices that others can identify as “black,” whether or not the listeners can see the individual speaking. Popular culture seems to think that black men sound wise simply by their voices alone, leading to black actors narrating myriad commercials, including Dennis Haysbert for Allstate Insurance and Samuel L. Jackson for Capital One. In an article for Guernica, John McWhorter breaks down this speech pattern: “It differs from standard English’s sound in the same way that other dialects do, in certain shadings of vowels, aspects of intonation, and also that elusive thing known as timbre, most familiar to singers—degrees of breathiness, grain, huskiness, ‘space.’”

While sound influences dialect, black oration goes back much further, to the idea of nommo, which is rooted in West African tradition. Through both dialect and nommo, former President Barack Obama was able to inspire black and white audiences, altering his word choice and patterns accordingly.

Scholarship of nommo is wanting. However, in the Journal of Black Studies, Sheena C. Howard defines it in the following manner: “Nommo, the creative power of the word, is a delivery style that is unique to African Americans. Nommo is manifested in characteristics of African orality.” She focuses on four characteristics of nommo: rhythm, call and response, mythication, and repetition, and she analyzes their use in two of Obama’s speeches: one at Howard University and the other at Southern New Hampshire University, both in 2007.

Obama intensified his use of nommo when speaking to Howard University, a historically black college. “[H]is speech race fluctuated and his rhythmic style planted a seed of excitement…” He also employed call and response, in which he created space for the audience to respond to his message, through clapping, laughter, and phrases such as “amen,” and “alright.” Obama practiced mythication, referring to the audience as the “Joshua Generation” and sermonizing about Joshua and Moses. He also repeated important words and phrases multiple times, such as “civil rights” and “(in)justice.”

During Obama’s commencement speech at Southern New Hampshire University, he did not employ rhythm, but instead kept a steady pace throughout. He did elicit call and response: “[T]here were interruptions of clapping and laughter during both speeches, however, call and response was more prevalent during Obama’s speech at Howard University.” This is likely due in part to his use of shared history when addressing the audience at Howard. Obama did not much employ mythication at Southern New Hampshire University; however, he did recite one passage from the Bible, regarding the putting away of childish things. His use of repetition was also considerably less at this second institution. For instance, he used the phrase “Be strong and have courage” seven times at the end of his speech at Howard, but used no phrase more than twice when addressing Southern New Hampshire.

Sheena C. Howard concludes her study by recognizing the larger impacts of Obama’s use of nommo: “Obama maintains a connection to Ancestral Africa through his use of nommo, however, he is able to communicate to audiences outside of African American culture, making Obama a dynamic and effective leader.” Seems that our presidents have long had their own ways of telegraphing layered messages through the way they use language. 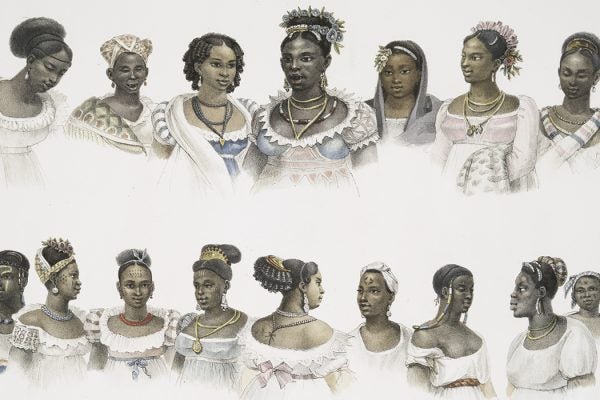