Are Galls Miracle Cures or Just Weird Growths on Plants?

For millennia, humans have exploited galls for medicine, fuel, food, tanning, and dyeing. Some people have considered them miraculous. 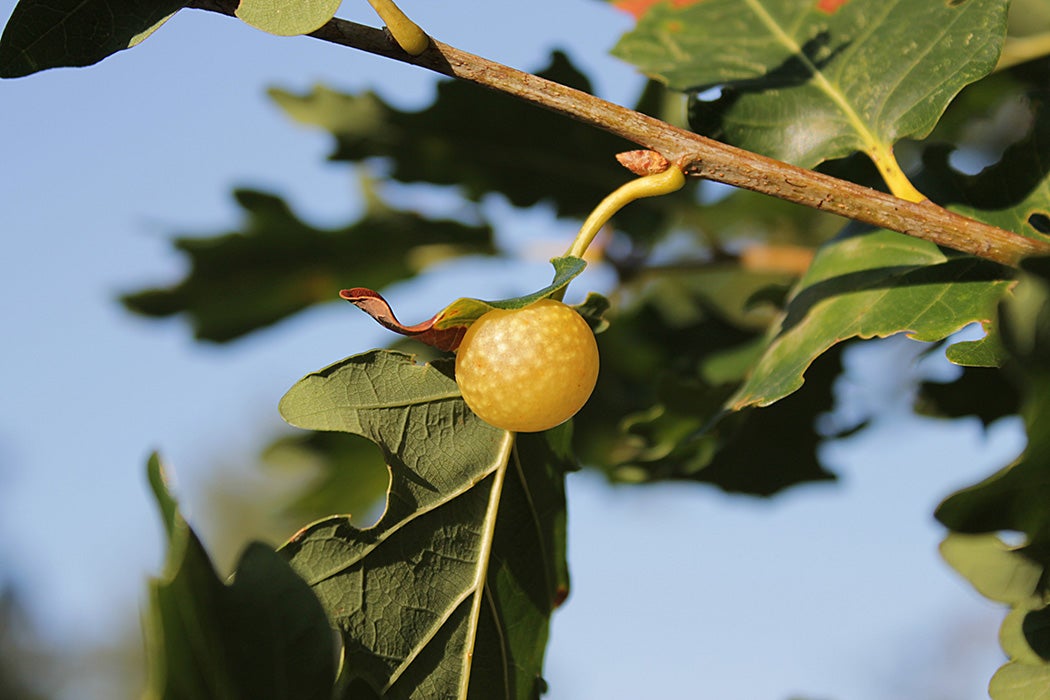 Galls are abnormal growths on plants caused by other organisms, usually insects, that hijack the plant for their own purpose. The gall-forcing agent is often a tiny wasp or mite whose chemistry makes the plant grow a protective, and edible, covering for its eggs and/or larvae. Galls come in as many forms as there are gall-makers—that is, thousands: some hard and smooth, others spiky and gnarly, still others that look like white cotton candy flecked with pink.

Long before humans knew what caused galls, they were objects of curiosity. And use: humans have exploited galls for medicine, fuel, food (for both ourselves and our domestic animals), tanning, and dyeing. The high tannin content in galls fixes color in dyeing, and processes and preserves leather.

Iron-gall ink was the most commonly used writing ink from the twelfth to nineteenth centuries in the Western world.

Perhaps most importantly, galls were used in the making of inks. Iron-gall ink was the most commonly used writing ink from the twelfth to nineteenth centuries in the Western world. There are various recipes, but many contained four things: oak-tree galls, iron sulfate, water, and gum arabic, a resin sourced from acacia trees.

Some of the oldest known galls were preserved by the eruption of Mount Vesuvius in the year 79 CE. Research entomologist Hiram G. Larew looked closely at these carbonized remnants of an ancient civilization. All were excavated in 1961 at Herculaneum, which had been a vibrant port on the lower slopes of the volcano.

Approximately 2,800 galls, or 3.5 kilograms’ worth, were recovered. It is assumed that they had been collected and then stored in clay containers called dolia. Presumably, also, they were for sale where they were found, in the marketplace along the Decumanus Maximus, the town’s main street, before it was completely buried by ash and pumice. Like Pompeii, another town on the slopes of the great volcano, Herculaneum was remarkably well preserved in the cataclysmic eruption. (The remains of over 1,500 people were also preserved by the eruption.) Even today, more than half of the port, with its Samnite, Greek, and Roman history, remains buried.

Where did these galls come from? Oak trees and wasps, from species found locally and across the Mediterranean. Since galls were an item of trade, it’s impossible to be sure of the exact location.

What were the galls sold for? Larew conjectures that the “most likely use was for medication; a few may have been sold to ill customers as needed from the large supply in dolia.” Like many curiosities of nature, galls were thought to have curative powers. Historically, writes Larew, “infusions or extracts of galls were used to treat hangnails, toothaches, gum disease, dysentery, ear and eye sores, abscesses, and menstrual disorders.”

Pliny the Elder, the encyclopedic natural historian and philosopher, had gall recipes for hair loss, rabies, gout—well, you get the idea—in his voluminous Naturalis Historia (completed by his nephew Pliny the Younger). Galls were, in short, a miracle cure, or at least one of the ingredients of miracle cures. (It’s a wonder they aren’t being sold today by internet hucksters.)

Pliny the Elder was, coincidently, the most famous victim of Vesuvius. The fifty-five-year-old was killed while attempting to rescue some friends from the volcano’s fury. 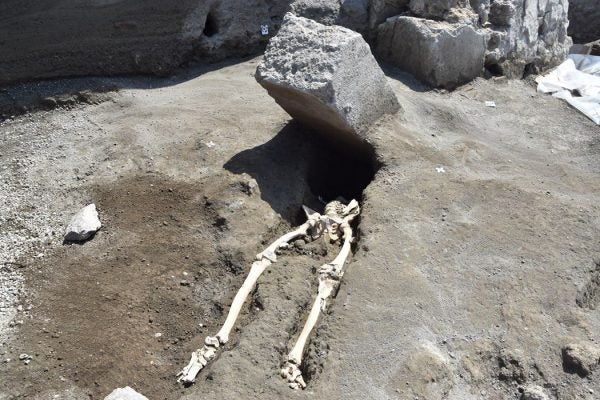