Architecture as Nationalism in Accra, Ghana 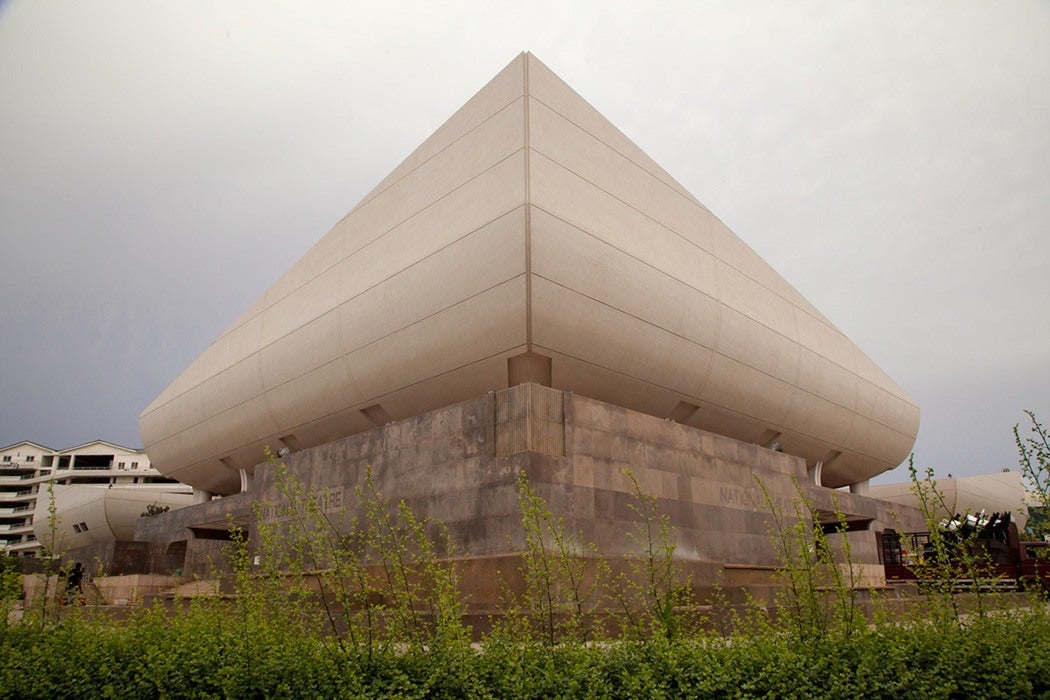 The New York Times Style Magazine recently featured Accra, Ghana as “Africa’s Capital of Cool.” And a month earlier, The Financial Times highlighted Ghana’s contemporary art scene, as it is gaining international prominence. With this recent interest in Ghana’s cultural richness, it is particularly interesting to note the city’s distinctive architectural history.

Because Ghana holds a distinct place in African history, Hess analyzes architecture from “Preindependence Accra,” or early trading days, to Great Britain’s “Gold Coast” and its colonial administration, to 1957 independence, all the way to post-independence 2000s.

Ghana’s location along the Gulf of Guinea and the Atlantic Ocean made it a prime location for international trade. Early in the 16th century, European traders and colonizers quickly usurped it from the Ga, who lived along Accra’s coast, as a coastal and commercial settlement. Over time, the Dutch, Danish, and British established multiple trading forts and castles along the Gulf of Guinea—first for shipping and receiving goods and later for slaves. These faded white castles line the coast as ghostly reminders of slavery, and the brutal and forced transatlantic journeys that started here.

Ghana’s modern architecture is a remnant and reconfiguration of colonial space.

Much later in 1957, Ghana took the international spotlight as a leading nation for Pan-African unity because it was the first sub-Saharan African country to gain independence from its colonizer, Great Britain. During this independent era, Ghana’s first president, Kwame Nkrumah, sought to create a unified concept of a cultural, social, and political Ghana. His influence on Ghana’s underlying national ideology and nation building cannot be underestimated, as he deeply impacted the art, architecture, and cultural production made to celebrate and bolster the country’s independence. Hess explains, “the Nkrumah administration’s approach to urban development, both the wish to enhance the stature of the administration and the desire to promote a sense of national identity are evident.”

Under Nkrumah’s leadership, the architectural vestiges of the British administration were re-appropriated for the sake of nation building. Ghana erected numerous monuments, including Independence Arch and Black Star Square. Nkrumah also relocated his residence to Osu Castle (formerly known as Fort Christiansborg), appropriating one of the most iconic and lasting architectural colonial remnants to assert both “authority and a legacy of centralized control.”

Architecturally, Nkrumah commissioned post-independence architecture and monuments that mixed both modern, post-colonial styles with a version of the International Style, an aesthetic advanced by such architects as Le Corbusier and Walter Gropius. Through innovative remodeling of the remnants of British administrative buildings and new national building projects, Nkrumah’s administration produced a uniquely new architectural look that reflected a “distinctive worldview.”

Hess notes that, “[i]n part, this perspective was consistent with colonial priorities: the emphasis upon new construction and a contemporary architectural style, the association between Christiansborg Castle and centralized administration, and the implementation of a suburban ideal were all influenced by a colonial worldview.” She continues, “the Nkrumah government’s response to the colonial regulation of architectural space also reflected a distinctive ‘imagining’ of modernism, a vision which allied the heroicized vision of Nkrumah with a culturally homogeneous notion of the ‘nation.’”

Both a story of idealism and nation-building, the capital city of Accra offers a rich and distinctly unique history through its cultural heritage and monuments. 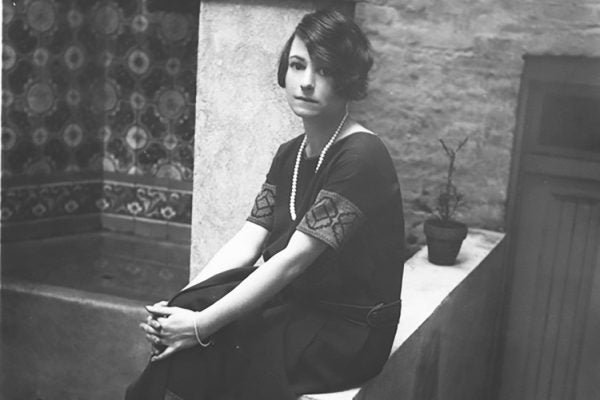 Today is Dorothy Parker's birthday, so you should probably have a martini or two in celebration.