Sex between people of the same gender has existed for millennia. But anthropologists in sub-Saharan Africa often ignored or distorted those relationships.

Sex between people of the same gender has existed in various forms for millennia. But many people, including academics, often ignored or distorted those relationships. The historian Marc Epprecht looked at one arena where this occurred: Western anthropology in sub-Saharan Africa.

Way back in the sixteenth century, Epprecht writes, Europeans did report sexual relationships between African men—generally in horrified terms. For example, Andrew Battell, an English traveler, wrote that the Imbangala of Angola were “beastly in their living, for they have men in women’s apparel, whom they keepe among their wives.”

But when nineteenth and early twentieth century anthropologists visited Africa, they rarely recorded any of this. Epprecht argues that this exclusion reflects their views of sex, gender, and race. Europeans and Americans at that time generally viewed homosexuality as unnatural and liable to flourish in decadent civilizations, such as the declining Roman Empire. In contrast, they saw black Africans as the epitome of natural, primitive virility. Often, anthropologists didn’t even bother asking their local informants about gay sex. Instead some simply reasoned that, because African women and girls were understood to be sexually available, there was no need for men to have sex with each other.

Epprecht writes that, when male-male sexual behavior among black Africans was too obvious to ignore, Westerners tended to chalk it up to corruption by decadent outsiders, particularly Arabs. For example, Europeans attributed the bisexuality of Mwanga, a king of the Baganda nation, to the corrupting influence of his Muslim advisers.

Some European scholars also avoided discussing practices that might cast colonial regimes in a bad light. For example, South African men leaving their communities to labor in mines might enter temporary male-male “mine marriages.” But if that fact were widely known, Epprecht writes, it wouldn’t look good for the mine companies or the colonial government: “what kind of civilizing mission was it that abetted ‘unnatural’ and ‘odious’ behaviors in the very people it was supposedly protecting?”

In the 1970s, Epprecht writes, many European and American anthropologists finally began acknowledging the variety of male-male and female-female relationships found across sub-Saharan Africa. It’s no coincidence that this happened in a period of decolonization in Africa and increasing openness in the West.

"Bisexuality" and the Politics of Normal in African Ethnography
By: Marc Epprecht
Anthropologica, Vol. 48, No. 2 (2006), pp. 187-201
Canadian Anthropology Society 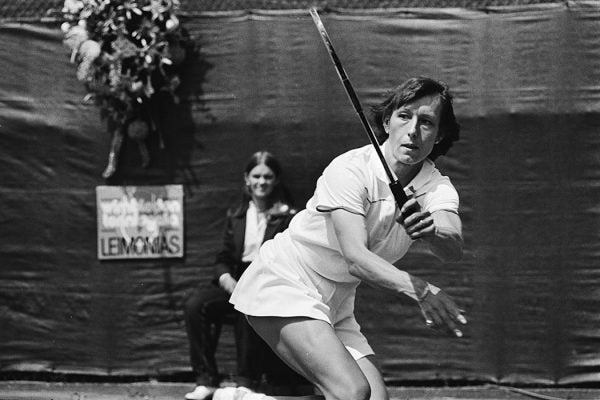 Ever since women began to publicly play sports in the late nineteenth century, female athletes have been seen as threats and subjected to suspicion.