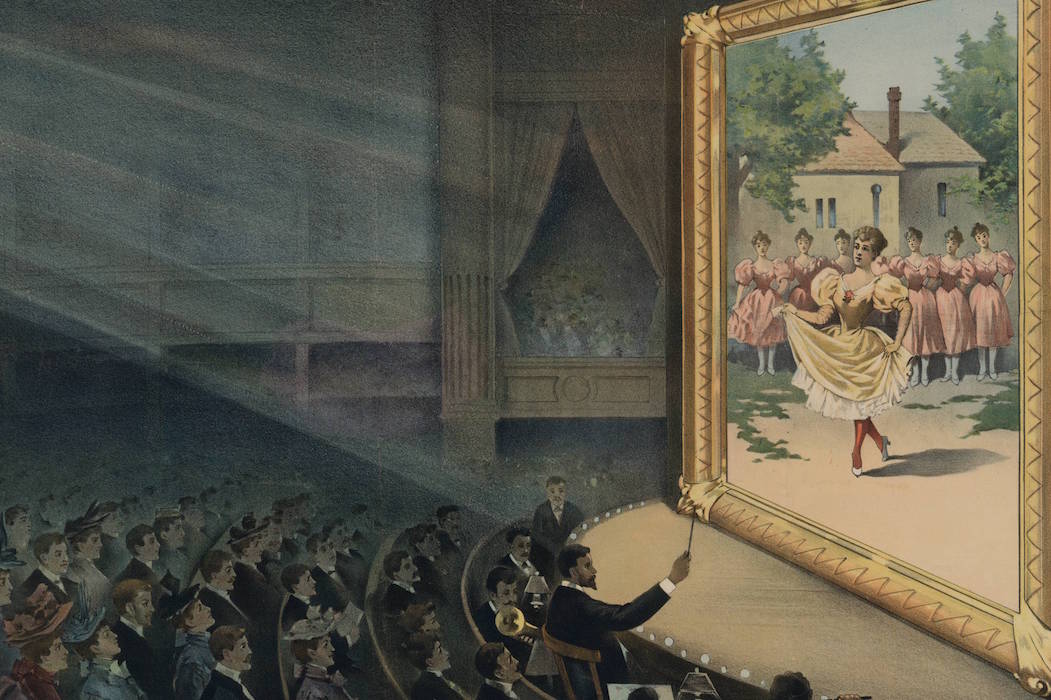 Fans of social media are well acquainted with animated gifs. They bombard Tumblr users’ dashboards and often function as visual responses or reactions in Twitter conversations, comment threads, and Facebook feeds. Here’s one of mine, for example.

With free, web-based animated-gif generators like imgflip and gifmaker as well as downloadable apps like GifBoom and GifCamera, virtually any social network user may try their hand at creating these little moving pictures.

For those unfamiliar with the term, an animated gif  is a “single graphic file that contains a series of images which are displayed sequentially to give the illusion of movement.” Basically, it’s the same thing that initiated the movies. No really, it is.

Think back to your first introductory film course, when you learned about the zoetrope, that Victorian-era device that allowed users to view static pictures of a bird as though it was moving. Gather ’round the kids, spin the wheel, look through the slats, and watch that dove fly, fly away.

Or maybe you recall Eadweard Muybridge’s experiment? You know the one: in which a grizzly-looking photographer rustled up a horse, some trip wires, large cameras, and a racetrack. Then, he ultimately put to rest the age-old question: Is there ever a time when all four feet of a galloping horse are off the ground? (The answer: yes.)

But more importantly, Muybridge put his still images on a disc and then ran them through a zoopraxiscope to give them the impression of motion. This little experiment and device, you’ll remember from class, ultimately inspired Thomas Edison and W.K.L. Dickson to create the kinetoscope, also known as our first commercial film exhibition system.

Or if you didn’t register for a cinema course (shame on you!), perhaps you’ll recall third grade when you doodled stick-figures on the bottom right-hand corner of your notebook ; when the teacher turned to scribble on the chalkboard, you flipped the pages to make those little people “move.”

Animated Gifs and “the Cinema of Attractions”

First, as Lisa Nakamura points out in the book Digitizing Race: Visual Cultures on the Internet, both gifs and early cinema attempt to reproduce an experience, not a story. Indeed, spectators of early cinema, or the “cinema of attractions” as Tom Gunning dubs it, were so enamored by the moving images before them that a conventional narrative—with a beginning, middle, and end—was unnecessary. Additionally, animated gifs function like early cinema because they are silent, exhibited in relatively private settings (e.g., kinetoscope, laptop/phone screen), and generally considered a waste of time.

Finally, like many of the first cinematic peep shows, animated gifs loop until they’re clicked off (Nakamura 63-66).

So why this interest in creating, posting, and sharing animated gifs online? After all, these little moving pictures have been around since the early 1990s (e.g., AOL IM icons, that creepy dancing baby from Ally McBeal). From my research, the most frequent answer to this question is that they’re fun.

At the basest level, animated gifs are simply entertaining to look at. They can make us giggle, swoon, shudder, and laugh. They can remind us of a particular shot or scene from one of our favorite films or TV shows. They can capture a specific moment in time and loop it for all eternity, all in the name of fun. Even professors who’ve incorporated gifs into their courses on French fairy-tales and information science speak of them first as entertaining, then as educational.

Here are two animated gifs that I consider fun.

Aside from entertainment (and their small file size), there are other reasons animated gifs are so popular.

One blogger claims it’s because they are nostalgic, reminding us of the “exciting frontier culture of the Internet’s early days” where computer users were exposed to a variety of images, “the wildest, most beautiful or most depraved things that the world has to offer.”

Perhaps we’re infatuated with animated gifs because we’re living in the age of microblogging platforms like Tumblr and Twitter in which 140 characters are all we need to get our point across. In other words, video-shorthand “seems a similarly natural response” to these networks, some maintain.

More specifically, Hampus Hagman suggests the animated gif “liberates a moment from its hosting narrative.” In other words, when the animated gif is removed from a narrative-based film or television program, it is granted a second life. It finds meaning “outside the strictures of the narrative from which it originates” and is now “opened up to recontextualization.” Hagman also argues that animated gifs can function as a form of fetishism, especially for cinephiles, as you’ll see in the “living movie stills” or cinemagraphs below.

Finally, another blogger points out that perhaps this current interest in moving gifs derives from a progressive shift in the creative process. Again, like early cinema, the first animated gifs featured low resolutions and choppy transitions. But now, as shown below, they’ve become a stunning art form all their own.

Cinemagraph, aka, The Fancy GIF

Enter the cinemagraph. First attributed to photographer Jamie Beck and motion graphics artist Kevin Burg, cinemagraphs “combine still photography and video to ‘unfreeze’ a photo in time.” In essence, they’re more than a picture but less than a video, and significantly, because of their gif format, they could only exist and be appreciated online.

Beck’s and Berg’s creations are posted on Cinemagraphs.  The Tumblr If we don’t, remember me—which began in 2010 as a video installation at contemporary art museums—hosts some lovely cinemagraphs of famous film scenes.

I’ve concluded this post with a few of my favorites below. 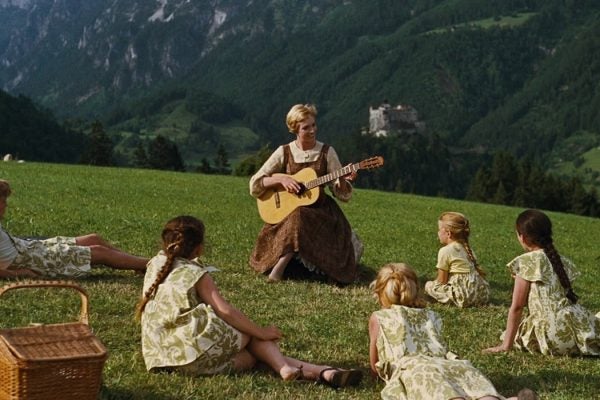 Iconic musical "The Sound of Music" celebrates its 50th anniversary.