In 1940, Wendell Willkie ran against FDR. The rumpled “man of the people” was a New York businessman with no political experience, but voters loved him. 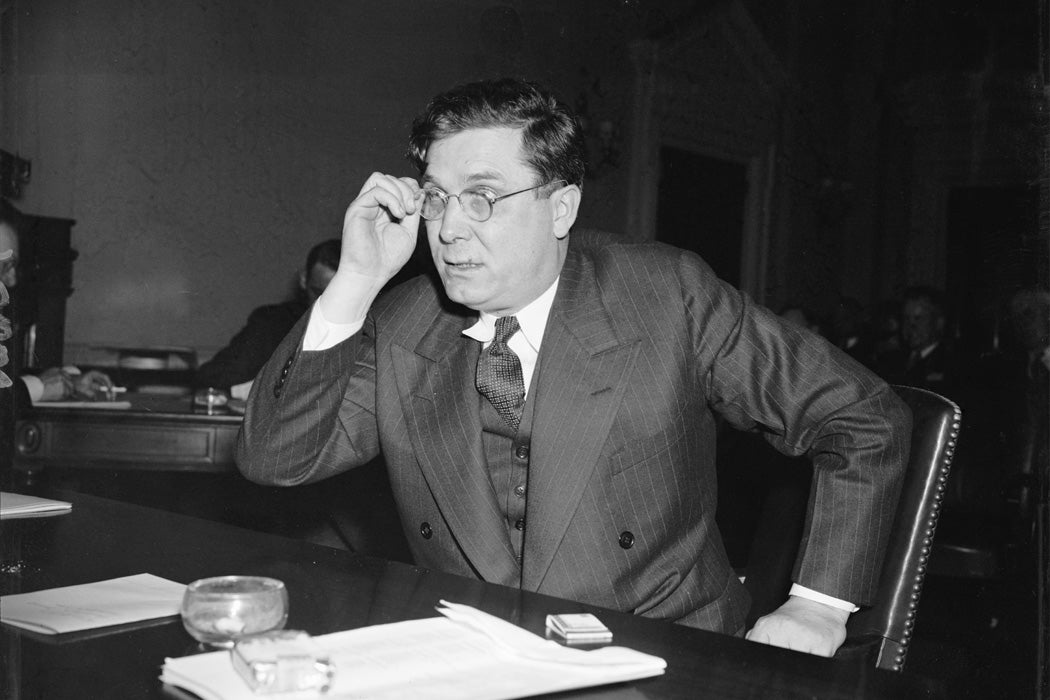 In a time of grave crisis, a divided Republican Party gathered to support a presidential candidate with no experience as an elected official. He was a former Democrat, who had earned a reputation as a successful New York businessman and was known by many Americans for his appearance on an entertainment program with high audience ratings.

The businessman candidate was Wendell Willkie, the year was 1940, and the country faced multiple crises as President Franklin D. Roosevelt sought an unprecedented third term. Republicans had been demolished in Roosevelt’s previous two runs. But they had begun a mild comeback, making gains in the 1938 elections. Meanwhile, the Great Depression lingered, and Great Britain faced the Nazi onslaught that had conquered France.

Despite his corporate sheen, Willkie’s disheveled appearance gave him a “man of the people” appeal.

Many Americans saw the possibility of a third term for Roosevelt as an unprecedented power grab. The Republicans faced a dearth of nationally-recognized candidates. Into the breach strode Willkie, an Indiana native who had become a successful corporate attorney in New York City. His most famous business achievement was his work for Commonwealth and Southern electric company, winning favorable terms from Roosevelt’s New Deal Tennessee Valley Authority.

Indiana historian Ross Gregory argues that Willkie’s appeal rested in large part on his lack of political experience. Willkie was seen as outspoken, and different from regular politicians. One political observer saw Willkie as an “amateur, fresh as paint … innocent as a babe of any political background.”

Despite his corporate sheen, Willkie’s disheveled appearance gave him a “man of the people” appeal. Republicans respected his business acumen. Gregory writes, “Willkie did not appear on the opinion charts at all until the end of April, 1940, two months before the national convention; and then he polled only 3 percent.” He had only joined the Republican Party the year before. Articles were written about him in major publications, and he appeared on the popular radio quiz show “Information Please,” impressing the American listening public with his charisma and grasp of data.

By the time Republicans met in Philadelphia in June to select their candidate, Willkie had become the darling of younger delegates. His lack of political experience was seen as a plus, with supporters arguing that the exceptional issues of 1940 demanded a non-politician who could see issues in a new way. Actor Robert Montgomery endorsed him with the statement: “I don’t like politicians. Mr. Willkie is not one.”

Willkie’s strength (and weakness) was his tendency to meld his positions with his opponent. As war raged in Europe, many of his fellow Republicans retreated into isolationism, accusing Roosevelt of fomenting American involvement in another world war. By contrast, Willkie recognized the Nazi threat and supported aid to beleaguered Britain. Willkie also came out in favor of many of Roosevelt’s New Deal programs. A Republican critic commented that Willkie’s campaign was essentially: “You can trust me to do the same thing, only better.”

In the end, Roosevelt won the only third term ever by an American president with 27 million popular votes, to Willkie’s 22 million. Roosevelt dominated in the Electoral College, 449-82. Still, Willkie surpassed by a wide margin FDR’s two previous Republican opponents, as the promise of a rumpled, successful businessman/lawyer with roots in the Midwest resonated with a large portion of the electorate. Gregory notes that the war played an outsize role in the election: In October of 1940, “pollsters asked people whom they would vote for ‘if there were no war in Europe today’; 47 percent said Roosevelt, and 53 percent supported Willkie.” He concludes: “While Willkie seemed basically sound and mature, easily the best the Republicans had, he occasionally appeared erratic and of course could not match the president’s experience.”