In the early 20th century, labor unrest and strike breaking were done not by the government, by private agencies and self-appointed vigilantes. 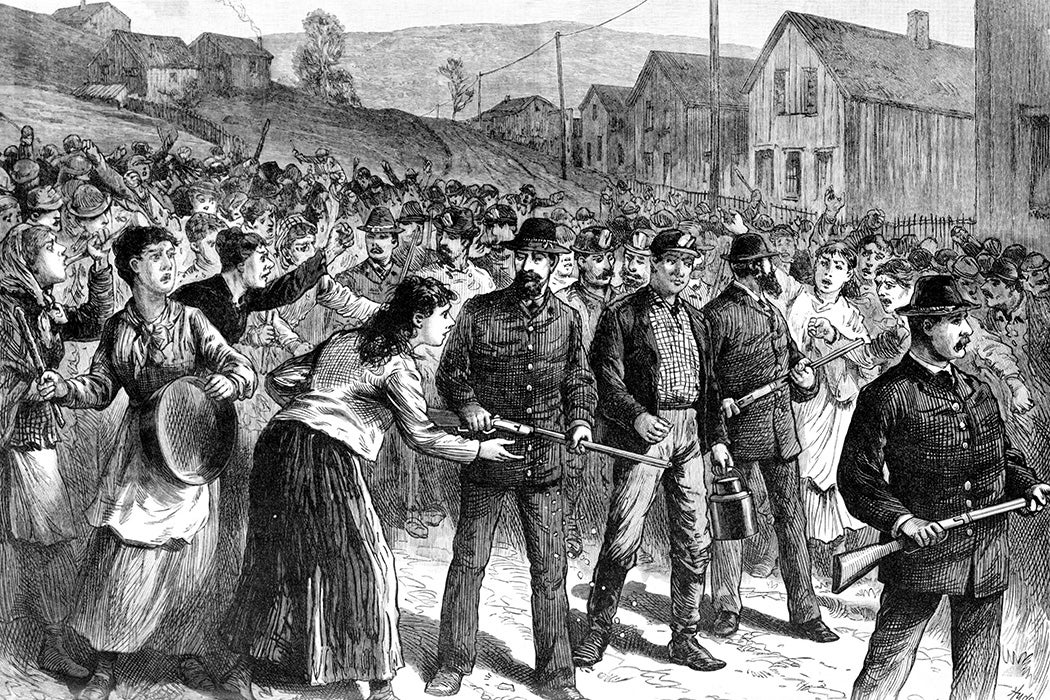 If, as sociologist Max Weber said, the state is defined by its monopoly on the use of force, then the U.S. didn’t fully become a state until the late 1940s. That was when, as scholar Michael Cohen writes, “most forms of labor espionage and hired strikebreaking were legally curtailed.”

Before that, spying, strike-breaking, and the violent policing of radicalism was made up of what Cohen characterizes as a “decentralized and hybrid system of private security, vigilantism, and state institutions.” Private detective agencies like  Pinkerton “played a leading role not only in suppressing strikes and policing radicalism, but they effectively functioned as the first national political intelligence system” as well.

The hired guns against labor needed more allies and found them in “patriotic” vigilantes.

“An unmediated authority over labor discipline through the use of mercenary armies, strikebreakers, provocateurs, and spies represents a unique (even ‘exceptional’) feature of American capitalism and marks one inescapable reason why American labor history was the bloodiest of any western industrialized nation.”

Cohen explores some of the most violent manifestations of this extra-legal political violence in the first two decades of the twentieth century. That was when the full weight of the private-public hybrid believed it met its match with the Industrial Workers of the World (IWW). The hired guns against labor needed more allies and found them in “patriotic” vigilantes.

Local police typically stood by as union activists were “beaten, branded and tortured, tarred and feathered, humiliated (often by being forced to kiss the flag and sing the national anthem) and faintly abandoned in the middle of the desert.“ In 1912, the San Diego Tribune articulated the establishment’s approval of vigilante assaults and kidnappings aimed at the IWW members and supporters: “hanging is too good for them and they would be much better off dead.”

World War I’s “100% Americanism” saw the creation of many societies and leagues to attack supposed subversives and “disloyal” striking workers. Teddy Roosevelt’s organization was even called The Vigilantes. The largest was the American Protective League, with some 250,000 members, formed as a quasi-legal civilian auxiliary to the U.S. Department of Justice’s Bureau of Investigation.

Some of these would fulfill the Tribune’s editorial desire for murdering their political enemies.

Wobblies, as IWW members were known, were “beaten, shot, arrested, convicted, deported, slandered, and murdered” during the offense against them during World War I in Minnesota’s Mesabi Iron Range, Washington’s timberlands, the copper mines in Arizona and Montana, and the fields and orchards of California. Wobblies called the forces against them the “Invisible Government,” “Government by Gunmen,” and “Ku Klux Government.”

Yet even the lynching of activists like the IWW’s Frank Little in August 1917, in Butte, Montana, wasn’t enough to curtail the IWW’s organizational ability. Laissez-faire businessmen ended up pleading for federal intervention to wipe out the IWW—and they got it. The Espionage Act (1917), Sedition Act (1918), the Palmer Raids (1919), and the establishment of an anti-radical General Intelligence Division at the Bureau of Investigations, headed by “ambitious file clerk J. Edgar Hoover,” set the stage for the nationalization of the fight against radicalism, both real and perceived. Cohen writes:

“The history of political repression in the twentieth century is the gradual subsumption of formerly private work of labor disciple and political violence by a series of government institutions ranging from local police and urban bomb squads to the Federal Bureau of Investigations.”

Currently, we live with private security firms as border patrol, bounties offered to citizens for the reporting of abortions, and armed white supremacists “defending” property without commission. These events raise the spectre of a return (or malevolent re-envisioning) of the old hybrid system of political violence.

"The Ku Klux Government": Vigilantism, Lynching, and the Repression of the IWW
By: Michael Cohen
Journal for the Study of Radicalism, Vol. 1, No. 1 (Spring 2007), pp. 31-56
Michigan State University Press 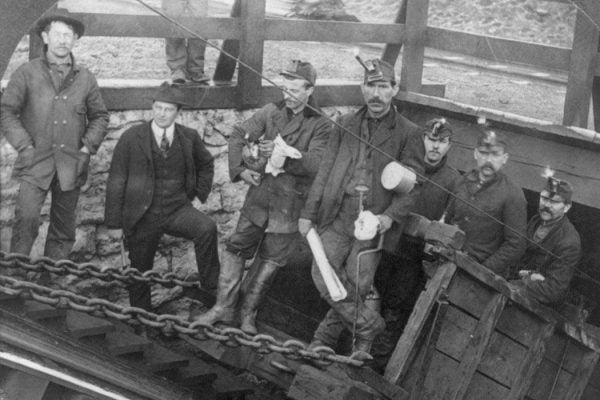 The origin of coal miners' unions during the late 19th century.