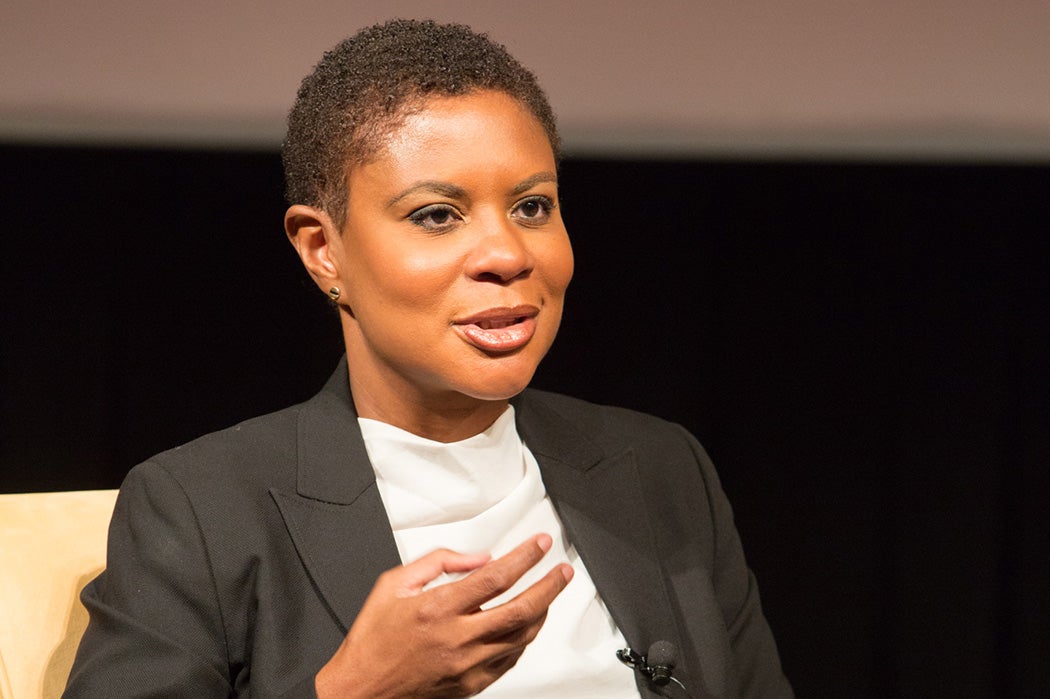 In 2015, we interviewed Dr. Alondra Nelson for an audio story about her first book, Body and Soul: The Black Panther Party and the Fight Against Medical Discrimination. At the time, she was Dean of Social Science at Columbia University. The following is an edited transcript of that interview. Nelson, who is now President of the Social Science Research Council, studies gender and Black studies at the intersection of science, technology, and medicine. She is the author of numerous articles, including, “Genetic Ancestry Testing as an Ethnic Option” and “Bio Science: Genetic Genealogy Testing and the Pursuit of African Ancestry.” Her most recent book is The Social Life of DNA: Race, Reparations, and Reconciliation after the Genome.

JSTOR Daily: How did you decide to become an academic? Have you always loved school?

I think academics are probably always really good at elementary school and secondary school. And then I think by college, you realize you’re freakishly good at arcane things around social science or literature or whatever. It didn’t come easy, doing well in school, but I enjoyed it.

NELSON: What are your research areas?

My interests, for sure, are women and gender studies, African-American studies or Black studies broadly conceived, but both of those [disciplines] at the intersection of science and technology and medicine. And I’m particularly interested in science, technology, and medicine as sites of inequality, where forms of inequality are constructed or created or come to be … in how scientific information or “data” comes to give us explanations or justifications for forms of gender inequality and for forms of racial inequality.

So what my work tries to do generally is think about how our groups, communities, families, institutions that have been the object, how do they become the agents or the producers of scientific knowledge, medical knowledge, medical claims, and the like. Those are my interests. I mean, I think they probably sound more unwieldy than they are, but to me, they all fit in a little box with a bow.

What was it like to write your book, Body and Soul: The Black Panther Party and the Fight Against Medical Discrimination?

For me, writing Body and Soul was the culmination of something I never thought I could do. I don’t come from a family that has PhDs or scholars in it. And so it was a speculative adventure, this enrolling in graduate school and thinking I could finish. I didn’t know anybody who had ever finished. It had been 20 years, 25 years since the [Black] Panthers had been founded. And a new generation of scholars were looking back in a book called The Black Panther Party Reconsidered, the collection that was edited by Charles Jones [had] come out.

So I think that book just got me going and contains the recollections or short articles by people who are members of the Party, working in the Party, as well as more secondary scholarly pieces. And quite a few of those pieces mentioned, pretty much just in passing, that the Black Panthers did health activism or were engaged in sickle cell anemia testing, or there might’ve been a clinic. And I mean, it blew my mind that you had mostly teenage activists in the 1960s doing genetic screening and counseling. What is that? How is that? Why is that? How did that even come to be? And the clinics, why don’t we know anything about them? Where were they? Where did they get the stuff that was in the clinics? What services did they provide? So my book Body and Soul became, I think, the outgrowth of my own questions.

I was never actually fully convinced that I’d finish the dissertation. And I was never actually quite sure I’d finish the book. Because I didn’t have my own personal or social infrastructure for knowing how this could get done. I did what was interesting to me. I didn’t know enough to know what my graduate students now know, which is just be strategic, be careful. I didn’t think, for example, there might there be limits to, or constraints to one’s career in writing a book about the Black Panther Party? Or not? What are the limits and possibilities? It’s served me well, but I don’t know that I can advise the students that I teach to just write what’s interesting, particularly in this moment when it’s getting very difficult to get a stable academic job.

What’s it like to turn a dissertation into a book?

Taking a dissertation and turning that dissertation into a book is the exact opposite of whatever immediate gratification is. I mean, it is like the marathon of marathons; it takes a really long time. On the one hand, it takes a village, the doing of it. But the writing of it is just you, and the dark night of the soul, then the pulsing cursor on your screen, just looking at it bouncing, pulsing, looking back at you … So it was both exhilarating and humbling, but I learned a lot about myself. I learned a lot about research and scholarship. I learned that I loved it. I still love it.

What did you learn from the process?

You feel a bit more self-confident in your ability to shape a narrative and have a better sense of where things go. That part, for me, of living and being alive is really indeed writing every day, to the extent that I can. And sometimes, that just means 10 or 15 minutes, but that keeps me dwelling, inhabiting the space of what I’m thinking about in that moment.

What do you hope for the future of your career?

I think that the sexism and racism of the academy and of American society means that we don’t have as much scholarship from minority scholars and women scholars as we should. It’s much more common to have a male scholar at the end of his life, particularly a white male scholar who’s written five, six books. I think that I want to leave a legacy of many books. This work is often stories that help us better understand the place of women and Black communities in society. It’s just so urgent that we need it. I think about some of the great Black feminist scholars whose work really inspired my own. Barbara Christian, who died much too young, Nellie McKay at Wisconsin. But I think this work takes a toll on you. Even as I understand the privilege of being an academic, particularly at an elite institution, people are not leaving behind the genius work that they could. And so I want to leave more work behind and create a place and the space for more women and minority scholars to leave work behind that can change the world.

Editor’s note: This article has been updated to fix errors in transcription.

Share Tweet Email Print
Have a correction or comment about this article?
Please contact us.
African AmericansBlack Panther PartyBody and Soul: The Black Panther Party and the Fight against Medical DiscriminationContextsCultural CritiquePMLASocial Studies of ScienceSpectrum: A Journal on Black Men

INTRODUCTION: Serving the People Body and Soul
By: Alondra Nelson
Body and Soul: The Black Panther Party and the Fight against Medical Discrimination, pp. 1-22
University of Minnesota Press
Genetic Ancestry Testing as an Ethnic Option
By: Alondra Nelson
Contexts, Vol. 13, No. 4 (FALL 2014), pp. 19-20
Sage Publications, Inc. on behalf of the American Sociological Association
Bio Science: Genetic Genealogy Testing and the Pursuit of African Ancestry
By: Alondra Nelson
Social Studies of Science, Vol. 38, No. 5, Race, Genomics, and Biomedicine (Oct., 2008), pp. 759-783
Sage Publications, Ltd.
The Hidden Narratives: Recovering and (Re)Visioning the Community Activism of Men in the Black Panther Party
By: Mary Phillips and Angela LeBlanc-Ernest
Spectrum: A Journal on Black Men, Vol. 5, No. 1, The Black Panther Party (Fall 2016), pp. 63-89
Indiana University Press
The Race for Theory
By: Barbara Christian
Cultural Critique, No. 6, The Nature and Context of Minority Discourse (Spring, 1987), pp. 51-63
University of Minnesota Press
Guest Column: Naming the Problem That Led to the Question "Who Shall Teach African American Literature?"; Or, Are We Ready to Disband the Wheatley Court?
By: Nellie Y. McKay
PMLA, Vol. 113, No. 3 (May, 1998), pp. 359-369
Modern Language Association 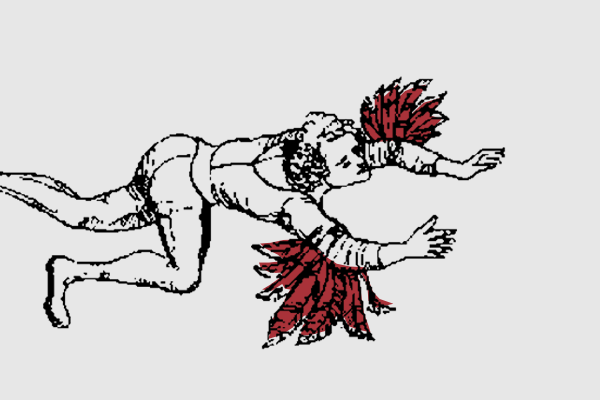 Interviews with the luminaries of academia. 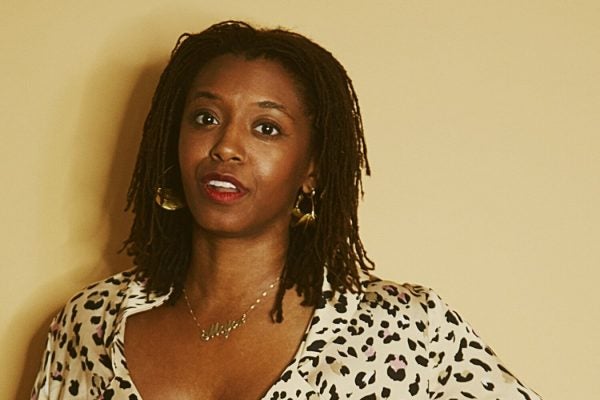 Shayla Lawson: All of Us Came from the Same Root

The poet and essayist Shayla Lawson, author of This Is Major, talks about the meaning of race, Black History Month, and her love for Lizzo.