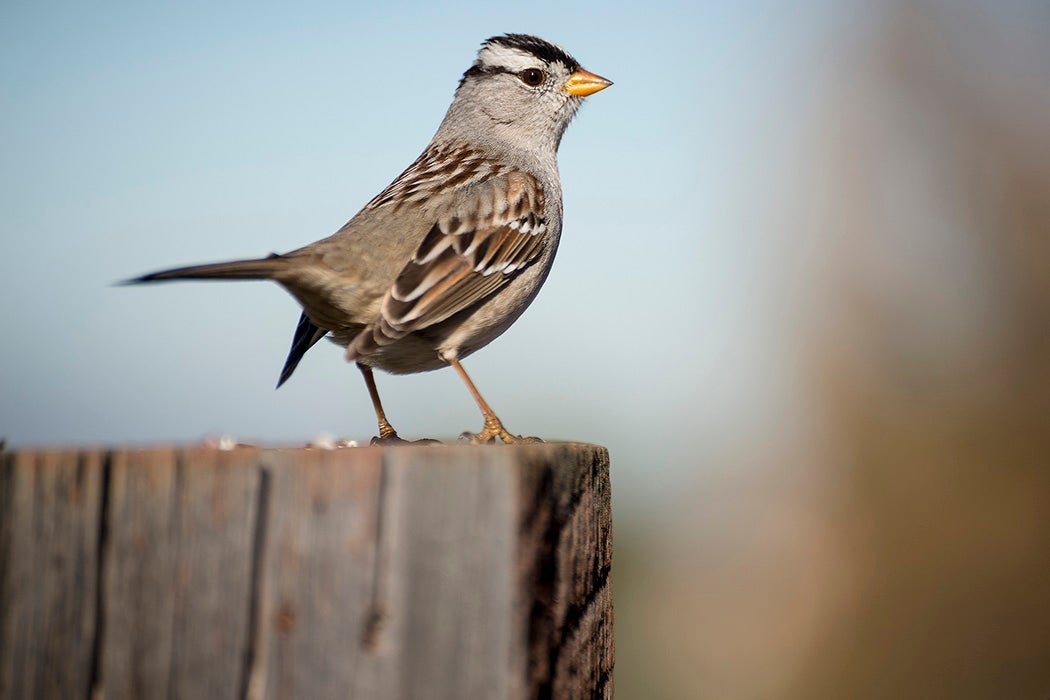 If the city noises feel too loud for you, just consider how a songbird may feel about them.

The urban environment, and the noises that come with it, are an example of the many ways that humans are transforming nature and impacting species behavior and viability. As climate change increases, birds are changing behaviors, including shifting their distributions and altering their flight patterns. But their vocalizations may also be adapting to a changing world.

The minimum frequency of sparrows’ songs has increased in urban areas, suggesting that noise is influencing how this members of this species are adapting to their environment.

Drawing on recordings of White-crowned Sparrows made in urban San Francisco in 1969–70, 1990, and 1998, researchers David Luther and Luis Baptista examine how urban noises—sirens, cars, construction, and the like—may have affected birdsong over a span of thirty years. They found that the minimum frequency of sparrows’ songs has increased in urban areas, suggesting that noise is influencing how this members of this species are adapting to their environment.

Birdsong is more than just pretty sound. A form of “vocal geographical variation,” these songs act as dialects. That is, neighboring populations of the same species have their own song types. The cultural evolution of dialects, or “the alteration or change in a learned behavioral trait from one generation to the next,” can happen quickly or slowly. Some dialects are long-lived, lasting for many generations, while others are modified over the course of a single year (we’re looking at you, indigo bunting).

The White-crowned Sparrow has been studied extensively due to the dialect variation in the species. Luther and Baptista examined three neighboring populations in the San Francisco area: sparrows living in the moist chaparral around the Presidio; sparrows in the moist chaparral of Lake Merced; and sparrows distributed in gardens, residential areas, and  parks between Lake Merced and the Presidio. Specifically, they monitored the number of birds that sang particular dialects as well as the minimum frequency of each dialect.

They found that there was a great deal of turnover in the song dialects. The Presidio dialect became totally extinct by 1998, while the Lake Merced dialect had significantly diminished by the same year. However, the third dialect, song in urban San Francisco, grew greatly, displacing the other two or contributing to hybrid dialects at both the Presidio and Lake Merced. Scientists expect dialects to grow, disappear, and evolve, so the replacement of one with another was not necessarily notable.

What was remarkable was the change in the overall frequency of the sparrows’ singing. The minimum frequency of the two surviving dialects—the expanded San Francisco dialect and contracted Lake Merced dialect—as well as the hybrid dialects, rose significantly over thirty years.

There are many potential explanations for the detectable shift in frequency. The sparrows may learn multiple songs but favor the one that is best received by another bird. Another proposed theory is that the birds increase their frequency to be heard overall, adapting to the constant noise of the city. As the authors note, “Urban ambient noise might influence the cultural transmission of songs by favoring songs with higher minimum frequencies which should suffer less acoustic interference than songs with lower minimum frequencies.”

In rural areas, the story is different. Studies show that outside the city, birds have songs with lower minimum frequencies over all, and those songs remain stable. Even when population shifts have been recorded, the frequencies haven’t risen along with.

Overall, this research indicates that the local environment and humans are heavily influencing bird behavior. Conclude the authors, “As anthropogenic ambient noise has increased in urban areas from the 1960s to the 1990s, especially due to more automobiles on the roads, songs with higher minimum frequencies should have a distinct advantage for cultural transmission.” 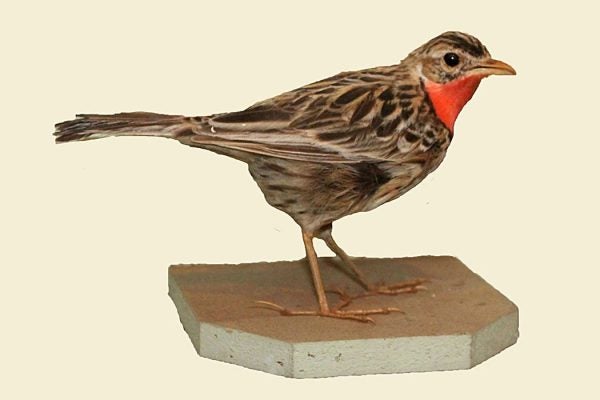