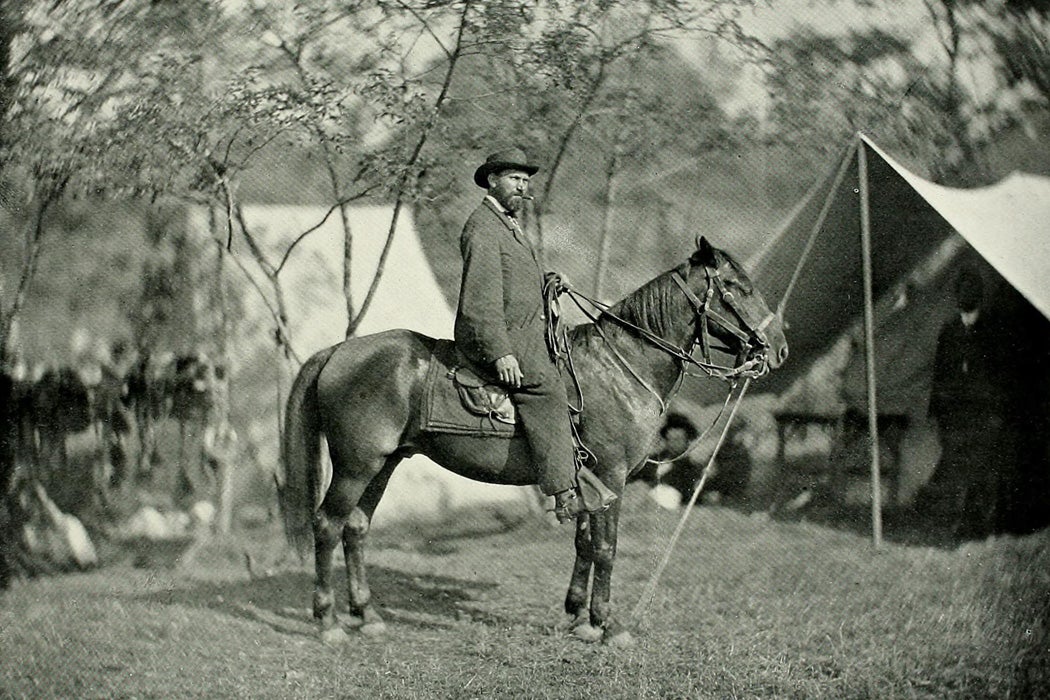 Allan Pinkerton at the camp at Antietam in September, 1862
via Wikimedia Commons
By: Livia Gershon
2 minutes
Share Tweet Email Print

The American Civil War was an infamously hellish experience for everyone involved. Historian Gervase Phillips writes that that’s true not only for people but also for the horses that served on both sides.

To imagine horses’ lives at war, Phillips writes, we must remember that they are gregarious animals. They form bonds with particular horses in their herd, as well as with specific cats, dogs, and humans. During the Civil War, those bonds were routinely broken. Horses who had spent their lives grazing on a farm with friends and acquaintances found themselves suddenly crammed together with strangers in railroad cars and hastily-assembled corrals. Phillips writes that bustling war camps and long marches offered few chances for the horses to form the social connections that herd animals depend on. Along with the anxiety and aggression this provoked, they also were frequently thirsty and underfed.

Many of the men recruited as soldiers knew nothing about how to relate to the horses they rode.

Although closeness with a rider can mitigate the lack of connection with fellow equines, many of the men recruited as soldiers knew nothing about how to relate to the horses they rode. And even if they preferred to be kind, war forced them into cruelty to their mounts. Charles Francis Adams Jr., a captain in the 1st Massachusetts Cavalry wrote to his mother that he was sorry for the way his horses suffered. But, he wrote “all war is cruel… a horse must go until he can’t be spurred any further and then the rider must get another horse as soon as he can seize one.”

Confederate horses often fared somewhat better, since Southern soldiers generally rode their own mounts to war. Horses who knew and trusted their riders performed better in the chaos of battle. But the practice of requiring soldiers to supply their own horses had a dark side: a man who wanted a break from battle could sell his horse, allowing him to take a thirty-day furlough to return home for a new one. Worse, some Union officers found their men actively neglected their mounts in the hopes of being sent back from the front lines to refit.

Mules also served in the war, and Phillips writes that their well-known stubbornness was a factor in battle. Without experienced handlers who knew how to properly pack their burdens and use a horse to lead them, one union quartermaster described how they “destroy everything, eat up trees and fences, and have nearly killed half my men.”

The most significant fact of war, for equines as for humans, was the sheer loss of life. Horses were shot out from under their riders, felled by infectious disease, and ridden to death by desperate or careless soldiers. Contemporaneous reports found that some regiments “used up” three to six horses for every man. Altogether, Phillips estimates that 1.2 million horses and mules died in active service over the course of the war—about twice the number of human casualties. 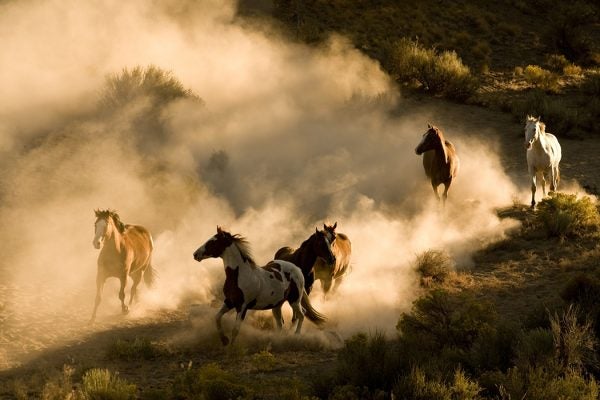