“Colorblindness,” an ideology that denies that race is an organizing principle of the nation’s structural order, reaches back to the drafting of the US Constitution. 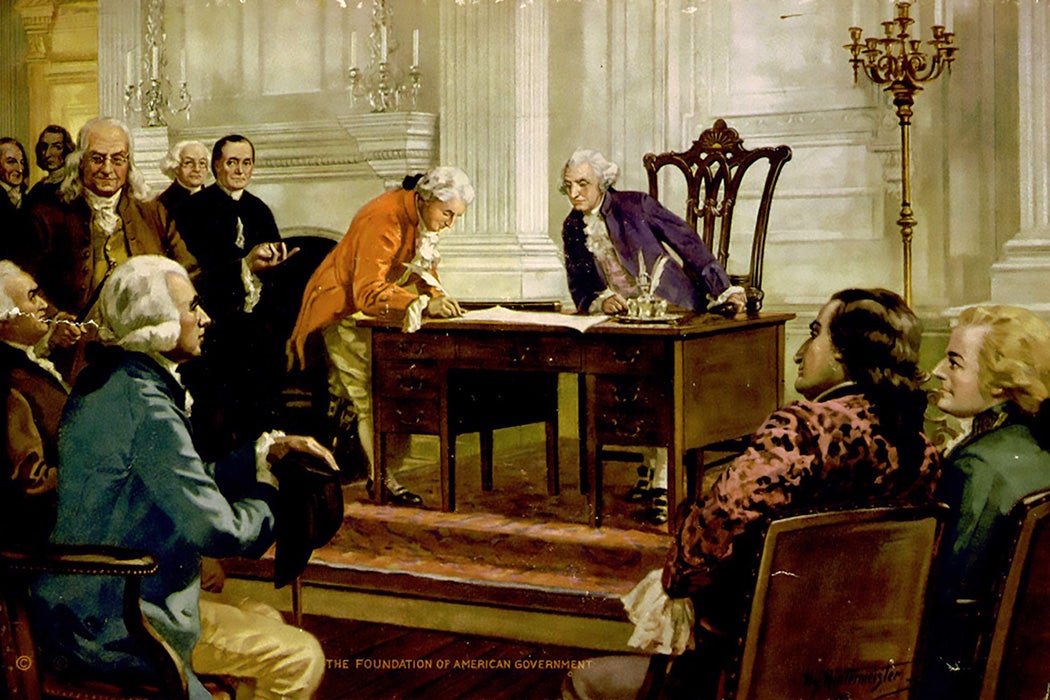 The infamous three-fifths clause of the United States Constitution (Article I, Section 2) is usually discussed in terms of representation. How should enslaved people be counted for the purpose of Congressional apportionment? If Constitutional representation were based on a simple headcount of all free and enslaved residents in each state, states with more enslaved individuals—who could not, it bears stressing, vote—would have an advantage in Congress, giving the “slave power” more power. But the compromise was also about apportioning taxation: if taxation was based on the entire population of a state, then states with more enslaved people would also have a higher tax liability.

“This framing positioned the North to prefer a zero-fifths ratio for representation and a five-fifths ratio for taxation, whereas the South desired the opposite. A three-fifths ratio was middle ground between these positions, and it represented a compromise over sectional disagreements on the worth of slaves in relation to freepersons.”

The resolution of this issue in the late 1780s, continues Henricks, “fractioned the personhood of slaves, confirmed their dual status as person and property, and endorsed slavery as the normative foundation of a formal racist state.” It helped perpetuated slavery for another eighty years.

Henricks is concerned with the way the compromise debate manifested aspects of what we would now call “colorblindness”—the ideology that denies that race is an organizing principle of the structural order and blames the victim for failing to succeed in a supposedly non-discriminatory, colorblind order.

Statements such as “I am principled against slavery, but…” and “I wish to see the day that slaves are not necessary” were actually used to “defend a rigid racial rule.”

Typically, colorblindness is thought of as a post-Civil Rights era manifestation. Out went the old-style racism, “state-sanctioned, compulsory inequality to preserve racial advantage” enforced by both judicial and extrajudicial terror. In came a new-style “subtle, implicit, and covert” form of anti-Blackness. Statements as “I don’t see color” and “I’m not a racist, but…” back up the notions that minority groups “(1) no longer face discrimination, (2) should work harder for social mobility, (3) ought to quit demanding inclusion, and (4) have already received more than they deserve.”

Instead of a rupture and reformation in racist thinking, Henricks sees continuity reaching back to the three-fifths debate. Framers of the Constitution argued for slavery using a “seemingly anti-slavery discourse.” Statements such as “I am principled against slavery, but…” and “I wish to see the day that slaves are not necessary” were actually used to “defend a rigid racial rule.”

Henricks also finds evidence of “reverse discrimination,” a notion most would date to white-backlash in the 1970s. When it came to taxation, slave-owners bemoaned the burden of slavery on them. Slave-owners actually made themselves out as the real victims of slavery. After all, they complained, it cost them more than they profited from it. Of course, at the same time they also argued that the South couldn’t exist or survive without slavery: no one else was “capable of the toil required for an economy built upon tobacco, rice, sugar, indigo and later cotton.”

“The very ideology some describe as novel today actually persisted in the classical era,” notes Henricks. “Colorblindness was not created out of whole cloth in post-1960s America. […] its heavy historical hand shaped political development from the nation’s onset—rationalizing slavery as the bedrock upon which the early republic stood.”

Representatives from the North, where opinions ran from fully pro-  to fully anti-slavery, felt they had no choice in the three-fifths compromise. “The costs of ending slavery were too high for Northern delegates who worried the lack of compromise would sever the Union,” writes Henricks. At the New York Ratification Convention, for instance, Alexander Hamilton pleaded with Northerners to empathize with those in the “unfortunate situation” of having a “great part of their population, as well as property, in blacks.” In this formulation, it was as if slave owners weren’t “active agents who propagated human bondage for profit”; instead, they were supposed to be “victims of circumstances.”

“Hamilton approved of equality in theory but rejected it in practice,” writes Henricks, an encapsulation of the fatal compromise in the birth of the United States.