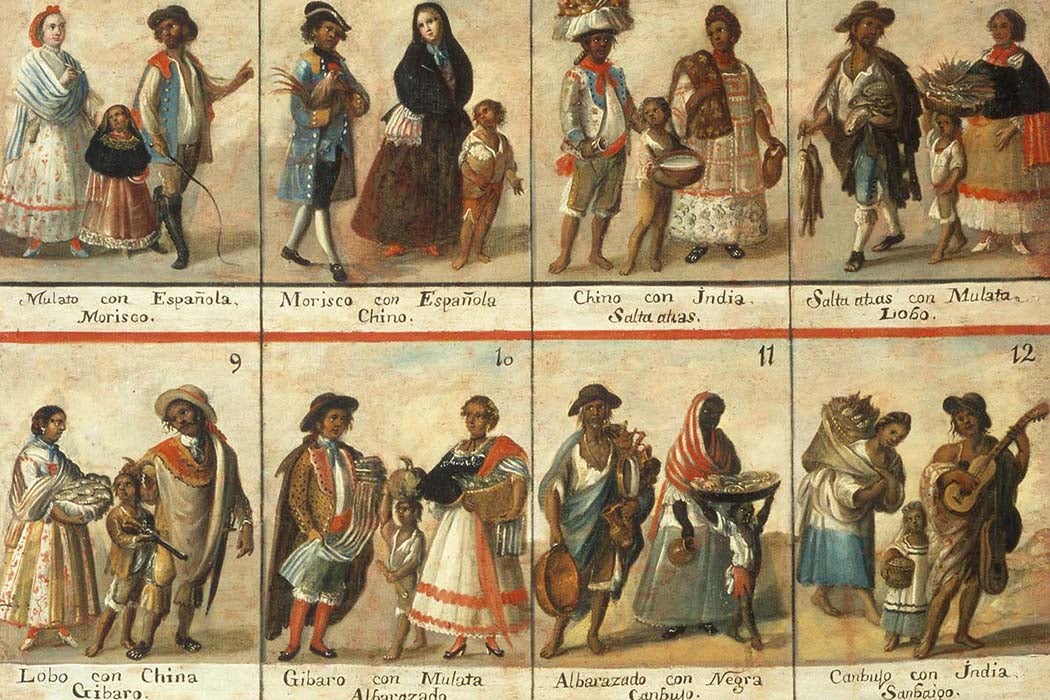 In the eighteenth century, Spanish colonizers in the Western Hemisphere asserted their superiority over indigenous and African people and their descendants in many ways, including visually. One genre of art, casta paintings, depicted people in New Spain in an idealized social structure from the Spanish point of view.

As museum curator and art historian Diana DiPaolo Loren explains, Spaniards articulated hierarchy in relation to whiteness. They subscribed to the régimen de castas, a “system used to hierarchically grade individuals by racial criteria.” At the top of the ladder were European-born Spaniards, with people of African descent at the bottom. Indigenous people ranked slightly above those of African descent.

But the system also recognized and graded mixed-race ancestry. The more Spanish ancestors you had, the higher your rank; with more African or indigenous ancestors, your position would decline. There were racialized terms for every rank, too. Casta paintings depicted these combinations, as well as the type of dress and activities deemed appropriate for each rank.

The archaeological record shows that in real life, who wore what in New Spain was distinctly different from the visual ideal.

White Spanish patrons appear engaged in high-class European dress and customs, while individuals with indigenous and African heritage are engaged in lower-status behaviors. For example, DiPaolo Loren notes, “Mixed-blood men and women were instructed to dress in the Bourbon fashion, mimicking fashions worn by elites but in plainer styles and fabrics. […] Native Americans in New Spain were to dress in their own fashions, not European styles.” These portraits also showed people from the (white) upper classes eating from “appropriate” dishes of porcelain; “lower classes” ate or drank from “plain earthenware bowls.”

But according to DiPaolo Loren, the archaeological record shows that in real life, who wore what in New Spain was distinctly different from the visual ideal.

As a case study, DiPaolo Loren examined material culture from the Presidio Nuestra Señora del Pilar de Los Adaes, located in eastern Texas. People from many racial backgrounds lived there. Dress and ornamental items excavated from the governor’s house were largely characteristic of “a primarily high-status Spanish household,” as expected for a representative of the Spanish monarch. However, dress artifacts and clothing from other homes were not singularly representative of elite Spaniards, even though some of the residents likely fit into that category.

In fact, “almost all individuals within these houses at Los Adaes had some ability to creatively configure dress styles.” For example, Spanish and French fabric seals appear alongside Native American glass beads, used in necklaces. Thus, individuals mixed and matched styles in order to construct their own unique, hybridized cultural identities—in opposition to the stratification of casta paintings. Depending on which cultural items they chose to incorporate into individual outfits, inhabitants of Los Adaes could change “their bodily appearance and the status of their body in colonial society.” Indeed, as DiPaolo Loren concludes, “painted images were an attempt to make concrete the practices that were actually fluid in everyday life.” 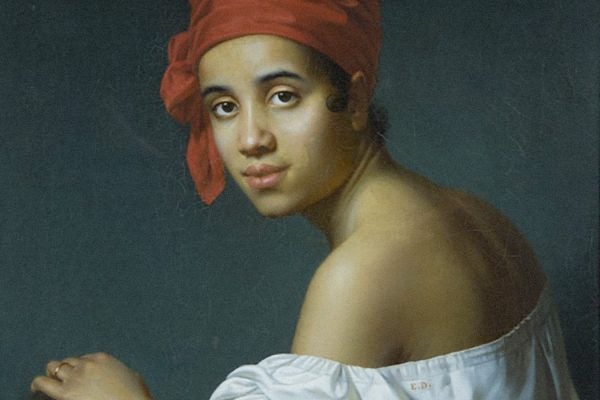