A Cigarette-Eye View of US History

The big story for cigarettes in the twentieth century was their journey from popularity to pariah. 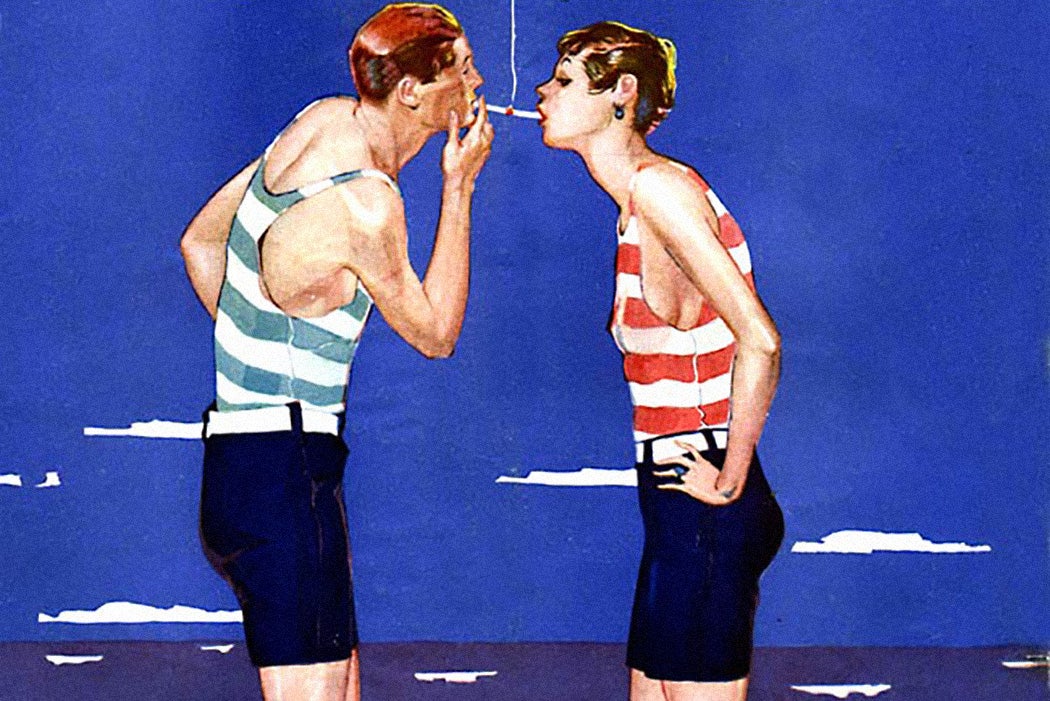 How can a professor help students dip their toes into the cultural history of the twentieth century to explore changes in business, culture, and health? In 2013, historian Martha N. Gardner explained that she does it with an elective class focused on what might be the century’s most iconic product: the cigarette.

Back in 1900, Gardner writes, only 2 percent of Americans who used tobacco smoked cigarettes. Chewing tobacco was the most popular method of consumption, followed by cigars. Mass production of cigarettes began with the invention of the first rolling machine in the 1880s. By 1952, cigarettes represented 81 percent of tobacco consumption.

One 1935 ad used the image of a woman in dark lipstick and the slogans “Mild as May” and “Ivory Tips Protect the Lips.”

Cigarettes had faced an uphill battle to acceptance. When machine-rolled cigarettes became widely available, they were associated with juvenile delinquent boys, weakness, ill health, and weak morals. Their rise to the heights of cool by the 1930s is a testament to a new kind of corporate power over consumption patterns and American culture.

In those decades, Gardner explains, consumer brands of many products were going national and developing modern advertising. A look at cigarette ads shows how marketers navigated ideas about gender. In the late 1920s, as it was just becoming socially acceptable for women to smoke, the Philip Morris company introduced Marlboro cigarettes as a women’s brand. One 1935 ad used the image of a woman in dark lipstick and the slogans “Mild as May” and “Ivory Tips Protect the Lips.” Later, of course, Marlboro flipped its image completely by introducing the rugged Marlborough Man.

In the second half of the twentieth century, the big story of cigarettes was their journey from ubiquity to pariah status. Today, the link between the rise in smoking and the huge increase in lung cancer rates that followed seems impossible to miss, but that’s only thanks to mid-twentieth-century researchers. Definitively establishing the connection was a triumph of population-based epidemiological research. And it helped establish new ways of looking at public health at a time when the largest causes of mortality were shifting from infectious disease to chronic illnesses.

Gardner writes that it took time for Americans to accept the dangers of smoking, partly because the tobacco industry fought back with a massive public relations campaign designed to cast doubt on the science. Even after a pivotal 1964 US Surgeon General’s report made the hazards of tobacco clear, the country struggled to decide what to do about them. Tobacco-state politicians fought against heavy regulation of cigarettes, with the support of many members of the public who considered whether to smoke an individual decision that people should be free to make.

The biggest turning point came starting in the 1970s as the dangers of secondhand smoke became increasingly clear. This allowed foes of cigarettes to turn the language of individual liberty against tobacco, invoking non-smokers’ right to safe workplaces, airplanes, and restaurants. A century that began with ads selling cigarettes as a symbol of freedom and fun ended with public service campaigns demanding freedom from hazardous smoke. 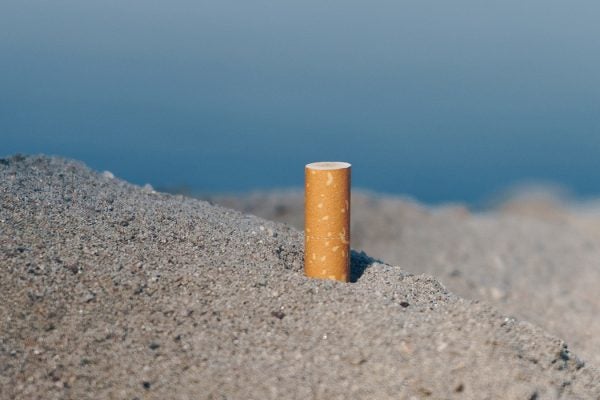 The Environmental Cost of Cigarettes