5 Questions to Ask before Joining a Social Network

Clubhouse reminds us of what early adopters forget: Leadership diversity is crucial to platform safety. 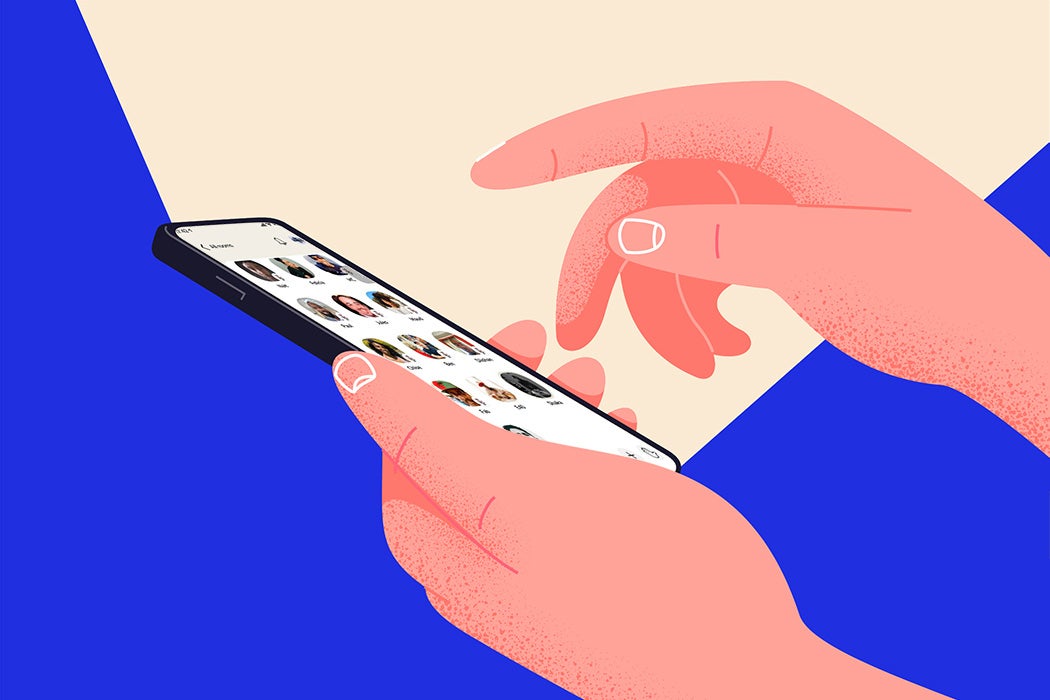 Well, it’s that time again: Social network implosion season. Why, it feels like just yesterday that I was deleting Secret for its rampant, demoralizing amplification of Silicon Valley misogyny, and barely a minute since I gave up on Ello because its promises of privacy protection lacked a credible underlying business model.

And yet here I am again, freshly heartbroken—or at least, heart-dented—over the chaos on Clubhouse, the audio-only social network that became the “It Thing” of the pandemic summer. I only joined a few weeks ago, which some longtime users would tell you was after it already started to go downhill…but then again, you could join a social network on its third day, and the day one joiners would tell you it peaked on day two.

For the first couple of weeks I was on Clubhouse, it was mostly delightful. After months of relative solitude, the opportunity to have real-time conversations with dozens or hundreds of smart humans was a welcome reminder that it is actually lovely to talk to other engaged, thoughtful people. I should have known that it couldn’t last; indeed, perhaps it was over by the time I arrived.

This past weekend, Clubhouse blew up over the news that ex-Trump staffers had joined the network, which led to a series of conversations about the lack of safety for people of color on the platform; many women of color, and particularly Black women, shared their experiences of exclusion and hostility over many months.

You’re more likely to see effective community management when you’ve got founders and investors who reflect the diversity of the community.

In the weekly Clubhouse “Town Hall”, the platform’s two founders, Rohan Seth and Paul Davison, fielded questions about whether and how they would address concerns about user safety and moderation.  In response to the question of whether the founders would commit to Clubhouse being an anti-racist platform, Davison responded with an unambiguous, unhesitating yes. Less than 24 hour later, however, in the waning hours of Yom Kippur, Clubhouse erupted with accusations that it was hosting a room for antisemitic conversation.

All of this has led to a near-continuous conversation about whether and how Clubhouse can avoid the problems that have beset other social networks when it comes to hate speech, political polarization and the targeting of people of color. I’m doubtful (though not hopeless), for reasons that could and should have been obvious to me when I signed up for the platform earlier this month, if only I’d asked the right questions.

Those of us who are chronic early adopters have a duty to ask these hard questions before joining the latest platform, but we face perverse incentives: While we ought to serve as the canaries in the coal mine for less compulsive tech users, our personal curiosity (and often, our professional interests) drive us to join as many networks as possible, as quickly as possible.

Here are the questions we should ask before joining any network:

1. Who are the founders and investors behind this platform?

Note to self: Please don’t join any more social networks made up of all-male or all-white founder teams or boards, or that are funded by the same Silicon Valley venture capital ecosystem that has fueled every other toxic website. We know that who’s at the table determines how a business will perform, both financially and in terms of the governance practices that make it more or less socially beneficial.

diverse leaders may bring perspectives, priorities, and ideas to organizations that significantly affect organizational trajectories. In particular, minority leaders at the board level affect the likelihood that a firm will pursue strong governance and effective product development.

In other words, you’re a lot more likely to see effective community management and leadership when you’ve got founders and investors who reflect the diversity of the community they propose to support.

In addition to the question of corporate leadership, it’s crucial to look at whether a platform’s employees reflect the diversity of its community. One reason Clubhouse’s shortcomings are so  poignant is because the app’s icon is the face of a Black woman: Clubhouse user, lawyer, and hip hop artist Julie Wenah.

In conversations on the platform, several users pointed out the irony of presenting a Black woman as the face of the app, yet failing to retain Black women in paid roles that would compensate them for their efforts to make the platform safe and inclusive. Sadly, that’s hardly an anomaly in the tech world: As France Winddance Twine writes in  Technology’s Invisible Women: Black Geek Girls in Silicon Valley and the Failure of Diversity Initiatives,  “Efforts at diversity have produced measurable results for White women, while Asian women face a “bamboo ceiling” and Black women are losing significant ground in an industry where they are barely visible.”

3. What is the business model for this platform?

As I’ve previously written for JSTOR Daily, social networks that depend on sketchy monetization strategies can’t be counted on to protect their users’ privacy…or, as we’re seeing on Clubhouse, their safety. In this weekend’s town hall, the company’s principals made hazy allusion to a planned business model that will monetize content creation, but that only reminded me that it’s a fool’s game to join a network that hasn’t made its business model clear and explicit.

We have seen what it means to accept a business model that is implicit rather than explicit: As Ryan Calo and Alex Rosenblat write in The Taking Economy, “Consumers use Facebook or Google without paying money and so, arguably, they tacitly accept the value proposition that these companies will monetize their information and attention.” If we have to worry about the business platforms of social networks whose business models are clear, how much more should we worry about platforms that have yet to pin down their plans for monetization?

4. What is the plan for tackling hate speech?

Before joining a social network, find out which policies and staff they have in place to handle the problem of hate speech — because it’s just a matter of when, not if hate speech appears. Think also about how the particular characteristics of a network may nuance or intensify the challenge: In the case of Clubhouse, the all-audio format makes hate and harassment particularly immediate and intense, while the lack of a public written record makes accountability particularly elusive.

A platform that has an up-front plan in place, before launch, is much more likely to be effective in addressing hate speech than a platform that is trying to invent its approach on the fly.  Now that Clubhouse is in crisis, Twitter is full of reports that users have been pressing for action for many months. Yet so far, we have seen no indication that Clubhouse has a plan for undertaking the necessary work. As Bharath Ganesh writes in The Ungovernability of Digital Hate Culture,

It is crucial that technology platforms work closely with a range of civil society actors to inform their [hate] disruption activities by considering the authority of speakers, their audience and the context in which they speak, in addition to the content they produce.

I skipped the due diligence before joining Clubhouse, or I would have read Casey Newton’s article for The Verge, describing co-founder Paul Davison’s history of discounting the importance of content moderation in his previous work at Highlight and Pinterest.  That would have been a useful reminder to look carefully at not only the platform terms of service, but the concrete measures and staffing needed to ensure that terms of service are followed.

5. What is this social network displacing?

When I was invited to join Clubhouse, I found it compelling to hear from people who described the platform as “addictive.” (They weren’t wrong: Even while writing this piece, I find myself dropping back in for a fresh dose of human connection.) But the “addictive: label should be a warning, not an encouragement: If someone offered you a pill at a party, and told you it was addictive, would that make it sound more appealing?

The more promising the platform, the more ruthless we should be in asking what that platform will displace. There are only 24 hours in the day, so if you’re joining a new platform, what will it be crowding out: Other social-network usage? Reading? Work? Family time? Sleep?

The particular moment of Clubhouse’s arrival made it easy to sidestep this all-important question. The platform promised to give us back what had been taken from us, involuntarily: real-time interaction with other human beings. And perhaps for some, the social interaction of Clubhouse displaced (or complemented) the solitary activities of pandemic living, like baking sourdough or spending hours on your Peleton.

But listening to so many brilliant progressives arguing over the future of Clubhouse left me worried that this platform has displaced something much more urgent, and much more important: engaging with the future of our offline communities. Less than 40 days before an historic election, we can’t afford to spend time obsessing over the future of an online  community for a few thousand people.  It’s time to return those hours, and this attention, to the future of a country of millions.