“Conventional wisdom tells us that the gold rush was a male undertaking,” writes the historian Glenda Riley. But women were there, too. 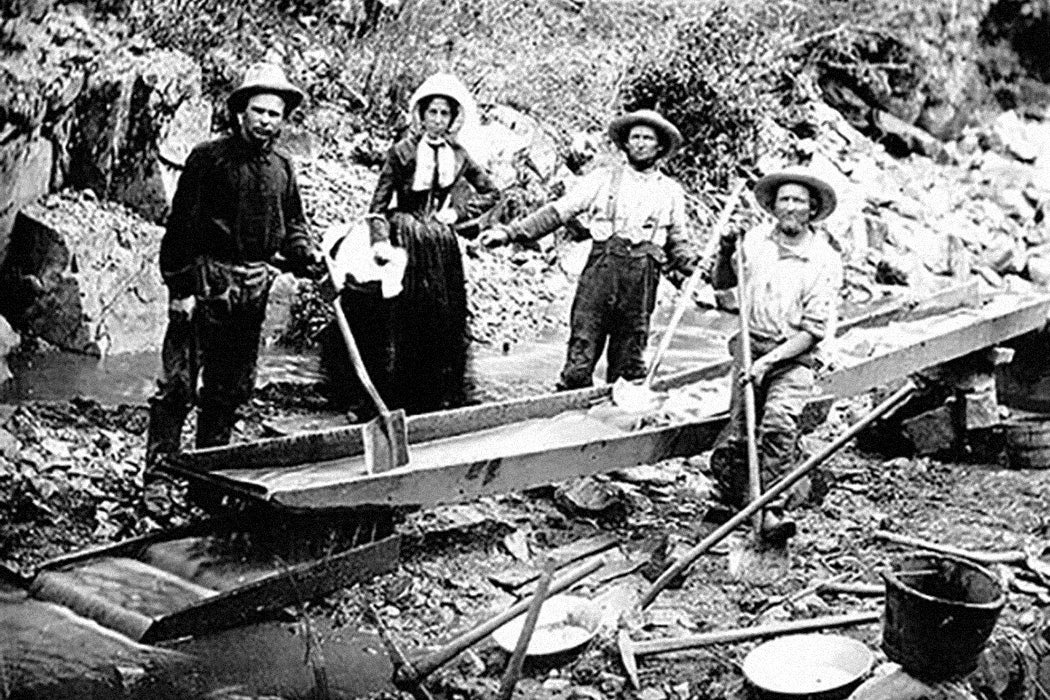 The “forty-niners,” who rushed to California once gold was discovered, were dominated by men. But ten percent of all the new arrivals were women—and Glenda Riley restores part of their history by telling the stories of the journalists, saloon keepers, wives, prostitutes, and others whose Gold Rush accounts have been largely ignored.

“Conventional wisdom tells us that the gold rush was a male undertaking,” writes Riley. But women were there, too—and they didn’t always tag along as wives, cooks, or prostitutes. Sometimes they became incredibly wealthy entrepreneurs; others were left behind as their husbands and male family members went west to explore.

Those who don’t see women as part of that history aren’t looking hard enough.

The rush burst into being on January 24, 1848, when James Marshall was led to gold by Native Californians at Sutter’s Mill, in northeastern California. Once Marshall’s discovery was announced a few months later, it spurred a mass migration. The gold-hungry emigrants were later called “forty niners” in recognition of the year when most arrived in California. Most were men, but Riley implies that those who don’t see women as part of that history aren’t looking hard enough. Not only were women travelers’ names included on passenger lists for boats headed to California, but women staked claims in mines and interacted with the local authorities.

Still, looking for the era’s women can take a bit of persistence. For example, Riley writes, almost every woman labored, but few of their hours were paid. Thus, it can be difficult to quantify their contributions through census records and other sources. One veritable gold mine of information on women’s lives comes from divorce records, which shed light on a social taboo that could confer real freedom on a boom-time divorcée. “Of early California divorces,” Riley writes, “women obtained more than two-thirds of the decrees.” Riley sees these separations as evidence of women on the move, who saw divorce as a road to financial and personal freedom.

For Riley, the history of the Gold Rush is rife with research opportunities, like exploring what happened to the women whose husbands and male relatives rushed to California and how the unmarried women who remained dealt with a society bereft of men. And there are chances to explore the stories of the women of color who went westward, too. Riley gives a tantalizing peek into some of those lives, from an entrepreneurial pie baker to a storekeeper’s wife who took pleasure in watching other people’s complex Gold Rush lives unfold before her eyes. Their stories could easily be preserved, Riley implies, if people were willing to look for them.

Until then, the stories of most of the women who became part of California’s history during the Gold Rush remain buried, like treasure. One hundred and seventy years after the Gold Rush began, they sparkle beneath the surface, just waiting to be discovered.