Debates over English spelling reform have existed for centuries. 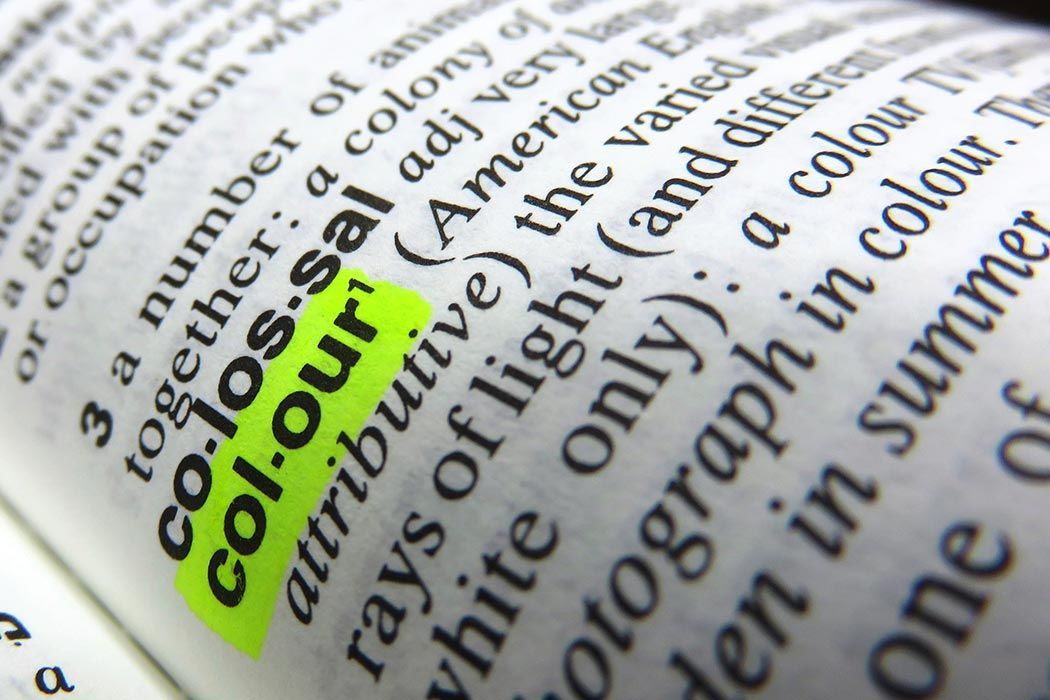 The English spelling system is kind of a beautiful mess.

“Dearest creature in creation
Studying English pronunciation,
I will teach you in my verse
Sounds like corpse, corps, horse and worse.

Finally, which rhymes with enough,
Though, through, bough, cough, hough, sough, tough??

Hiccough has the sound of sup…
My advice is: GIVE IT UP!”

Thus runs The Chaos, a classic poem on English spelling inconsistencies. It was written a hundred years ago by Dutchman Gerard Nolst Trenité for the amusement of foreign learners of English.

With some 800 examples, the poem neatly sums up the astonishing state of English spelling: it’s impressively irregular.

With some 800 examples, the poem neatly sums up the astonishing state of English spelling: it’s impressively irregular. Ostensibly phonetic, or so the use of an alphabet would have us assume, the English spelling system has been accused of being a serious stumbling block for many a language-learner, those with learning difficulties, and countless small children. If this is the case, if English orthography is really all that random, what can be done about it? If we have the technology, can we rebuild it?

Some languages that use the alphabet, like Finnish and Spanish, have a more accurate degree of one-to-one, sound-to-letter (grapheme) correspondence compared to English. That is, a ‘t’ in Finnish will always have a /t/ sound, while in English we also see the ‘t’ in words like ‘action‘ representing a ‘sh’ (/ʃ/) sound. Other languages, such as Welsh and Irish, may use complex clusters of graphemes in a many-to-one correspondence but nevertheless manage to be fairly consistent in their sound rules.

And then there’s English, with a supposedly chaotic many-to-many correspondence, where sounds can be many things to many people in as many places, yet still manages to be understood, regardless of accent. It’s natural to ask – if other languages can have a consistent spelling system, why can’t we? Could we? Should we?

For eight hundred years people have been complaining about English spelling and yet not much has been done about it.

The question of whether English should undergo serious spelling reform had its heyday in the 19th and early 20th centuries, but calls for reform, both radical and conservative, actually started eight hundred years ago, according to Patrick Groff’s 1976 paper, “Why There Has Been No Spelling Reform.” Yes, for eight hundred years people have been complaining about English spelling and yet not much has been done about it. Notable public figures from President Teddy Roosevelt to Andrew Carnegie to George Bernard Shaw have attempted to fix what they see as an unacceptably messy problem for the English language. “For a long time English orthography was considered an utter abomination,” according to Groff. Noah Webster, who in 1789 called for an all-American language and orthography, was mildly successful yet wildly inconsistent in his proposed reforms to break away from the shackles of traditional British spelling. It was the widespread use of Webster’s American Dictionary of the English Language, the available technology of the day, which disseminated some of his more conservative changes, such as -our being replaced by -or in words like colour/color and favourite/favorite. However more radical Webster proposals such as “definit, reezon, masheen, juce“ were not successful, no matter how many dictionaries were thrown at the American public.

Further initiatives in 1906 were enthusiastically funded by Andrew Carnegie, developing simplified spelling approaches that were distributed to the public via circulars and much pleading. They were, at first, strongly supported by terrible speller President Roosevelt, who issued a surprise executive order for government publications to use the new simplified forms. Despite generating some interest and much criticism, these approaches were not generally adopted by the public. The reforms were doomed to failure as Roosevelt ceased his support and Carnegie ceased his funding after coming to the realization that radical changes could not come from the top. “Amended spellings can only be submitted for general acceptance” he told the editor of the London Times, “It is the people who decide what is to be adopted or rejected.”

For some, myself included, perhaps there’s sentimental value in keeping the historical forms of English spelling in place. Like beloved antique furniture, there’s a kind of etymological patina on many an antique word, worn down perhaps, but still wonderful. These literal vestiges show how a word might have been pronounced in an older age (such as in knight), the blithe carelessness of early Caxton typesetters (appending a Flemish infused h to ghost for example) or even that one time an enthusiastic classicist insisted on adding an unnecessary silent letter to make English look more like Latin (as in doubt and debt).

However Anatoly Liberman, the Oxford Etymologist, a contemporary supporter of gradual spelling reform, believes “with regard to spelling, etymological considerations should be of minimal importance. […] What sentiment? What value? Those who love the history of English (a laudable passion) should enroll in courses on the older periods of their mother tongue.” Alas, it’s true that etymological traces are not always complete or consistent. We don’t see an h in loaf (originally hlaf) for example and island (originally igland and surprisingly unrelated to isle) never even had an s to begin with. Are incomplete (and sometimes false) etymological aesthetics enough reason to keep a decrepit system in place? Probably not.

However, from a linguistic point of view, there’s also much to be said about having a visual linguistic connection of words to each other and their morphology. For one thing, if words were spelled in a consistent phonetic fashion, the many accents of English would conceivably have a much harder time understanding each other in written language. For another, as Chomsky and Halle have pointed out, a purely phonetic spelling would obscure phonological rules in place that are regular. A learner can easily see that the ‘s‘ in caps and cabs represents the English plural, which would be much less clear if these words were spelled phonetically (‘caps‘ and ‘cabz‘). Furthermore, the notorious example of ghoti, popularised by G. Bernard Shaw, which can’t actually be pronounced ‘fish’, has been easily debunked. English orthography has plenty of rules where letter combinations in certain positions show a high degree of regularity and phonemes can be predicted. Complex, perhaps, but not quite the wild west as its been made out to be.

Meanwhile, back at the internet, the native speakers are getting restless.

Meanwhile, back at the internet, the native speakers are getting restless. If, like Andrew Carnegie, you’re in favour of gradual orthographical reform adopted by the people, it might already be happening.

Yas (and its even more enthusiastic variants yaas/yaass/YAASSS!! etc.) follows other internet slang spellings, old and new, such as thanx (thanks), kewl (cool), moar (more), hai (hi), among others. These examples are simply the latest in a long line of orthographical playfulness. It’s unlikely that the users of the meme don’t actually know how to spell ‘yes’ so they aren’t misspelling, but are kind of eye dialect spelling, as words are written how they might be spoken by a particular speech group, to convey an emotion that tellingly can’t be conveyed by formal spelling. These creative spellings aren’t really new, the internet just spreads them around faster than ever before.

Quite apart from the concerns that prompted 19th century spelling reform proposals, or even the reasons against it, it appears people have always played around with spelling. Brand names in advertising and pop culture have often experimented with unusual word forms for eye-catching visuals and attention, in examples like “Beanz Meanz Heinz” and “Krisis at Kamp Krusty”.

Research shows that those kids who text frequently are more likely to be the most literate and the best spellers, because you have to know how to manipulate language.

So are these deliberate misspellings a sign of English orthography simplifying organically, or deteriorating rapidly? The early constraints of mobile phone text messaging gave rise to short form spellings–which inevitably gave rise to a moral panic about literacy rates decreasing in young people. However, studies have shown that text-speak actually improves literacy, as users receive more exposure to language and different word forms, improving their reading development. According to David Crystal “there is no evidence that texting teaches people to spell badly: rather, research shows that those kids who text frequently are more likely to be the most literate and the best spellers, because you have to know how to manipulate language. […] If you can’t spell a word, then you don’t really know whether it’s cool to misspell it. Kids have a very precise idea of context – none of those I have spoken to would dream of using text abbreviations in their exams – they know they would be marked down for it.”

In Young People’s Everyday Literacies: The Language Features of Instant Messaging, the analysis of a 32,000 word corpus of college students’ instant messages shows how IM users employ rich linguistic features to convey paralinguistic cues and clarify conversational contexts. One of the main features was eye dialect spellings and other simplified spelling forms. So deliberate misspellings are being used all the time, not because users are necessarily illiterate but because they know how to manipulate language in the right contexts. These new spellings are productively used and widely shared, quite unlike a spelling reform drafted by committee and applied by edict.

With the rise of the internet, it’s easier than ever to track the spread of a neologism from subculture to mainstream use and what we see is that certain simplified spellings are spreading fast. David Crystal writes that “the internet is allowing more people to influence spelling than ever before. In 2006 there were just a few hundred instances of “rubarb” on Google. By 2010 there were nearly 100,000. This month there’s around 750,000. People are voting with their fingers. The original medieval spelling without h is reasserting itself. It will be a standard alternative one day, and—who knows —may eventually supplant rhubarb entirely.”

It seems the internet, however inadvertently, has emerged as a kind of spelling reform school by motivating users to manipulate language in innovative, playful, and clever ways, in which knowing how to spell is a definite advantage. These days, you can read the news on the internet with a side of casual slang as publications use attention-seeking linguistic features to seek views. Curiously, this both reinforces knowledge of formal spellings as well as broadcasts newly accepted spellings, as mainstream publications use these newer forms in an effort to reach their target audience. At least in terms of literacy, the dream of 19th-century reforms might eventually be achieved, in spirit at least, even if it isn’t spelled out to the letter. 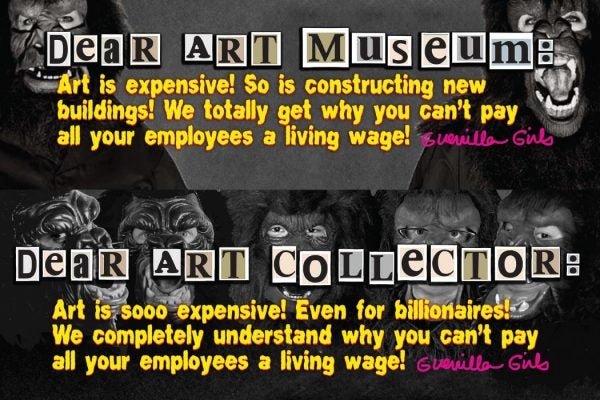 A secret collective of masked female artists known as the Guerrilla Girls has taken to the streets and museums to combat racism and sexism for 30 years.