Mexico created its national parks system in the 1930s. Today, hundreds of thousands of people live, and work, within its boundaries. 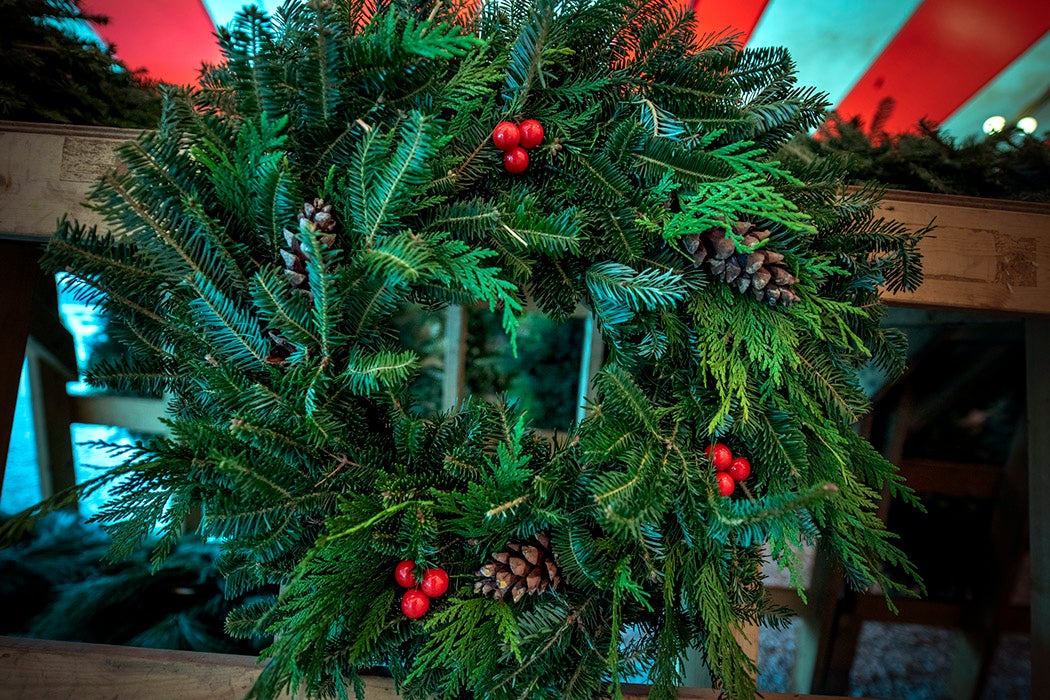 The national parks of Mexico were founded in the 1930s in an effort to protect the nation’s highland forests and watersheds from over-exploitation. The growing U.S. national park system was the acknowledged model, but with a difference. People who lived in the areas turned into parks continued to live in those areas. There were no removals, as of Native Americans in U.S. lands that were declared federal parks. Legally, however, Mexican park residents were prohibited from certain activities, like logging. Today, hundreds of thousands of people live within the boundaries of the Mexican park system, making for a sometimes uneasy combination of needs: ecosystem conservation and livelihoods.

Scholar Maria del Rosario Pineda-López and co-authors explore one way to merge “the conservation needs of Mexican national parks with the economic needs of their human inhabitants.”

The women were paid for their fire-prevention work and sold the wreaths; this two-fold project tripled their annual income.

“One way to benefit the inhabitants of these parks is to promote conservation practices that can be productive at the same time.”

In this case, a Universidad Veracruzana team trained local women in Cofre de Perote National Park to prune oyamel fir trees (Abies religiosa) for fire-prevention. Some of the pruned fir twigs were then used to make Christmas wreaths. The women were paid for their fire-prevention work and sold the wreaths; this two-fold project tripled their annual income.

Cofre de Perote, an inactive shield volcano, is the seventh highest peak in Mexico. The surrounding Parque Nacional is made up of temperate and alpine forest dominated by oyamel. In 2005, the 11,700 hectare (45 square mile) park had a population of around 8300 people, while “circa 800,000 people [in the region] benefit from its environmental services.”

What does it take to make a Christmas wreath? Four days of fire-prevention pruning, a couple hours of collecting the material, and just under an hour to put together an individual wreath. The wreaths are made with a base of blackberry stems intertwined with the aromatic fir. Plant material from some eight other species of plants are used to decorate the wreaths with leaves, cones, and dried flowers.

Since there is no legal impediment to gathering such “non-timber forest products,” the project met with the approval of parks’ authorities.

The finished wreaths are sold in early December at two university campuses. The authors note that “demand increases every year.” The sales are “highly profitable” during a scarce season, and contribute “significantly to household expenses.”

“Considering ecosystems and agro-ecosystems from a gender perspective is vital for the conservation and management of natural resources.”

Traditionally left out of political and economic decision-making, local women nevertheless do much of the (usually unpaid) work of maintaining households and raising children in the park. For instance, they collect “firewood, foodstuffs [mostly mushrooms], and medicinal products” from the forest. This project expanded on that tradition and added wages. The Women’s Group responsible for the pruning and wreath-making was organized in 2006 and established formal links with the parks administration and state authorities in 2009.

The authors argue that the resulting cooperation between themselves, local women, and federal and local officials, is a good example of the cooperation needed for forest conservation in protected areas, management of forest resources, and the empowerment of women.