Would You Let Your Servant Read This Book?

How the ban on D. H. Lawrence’s book Lady Chatterley’s Lover was reversed. 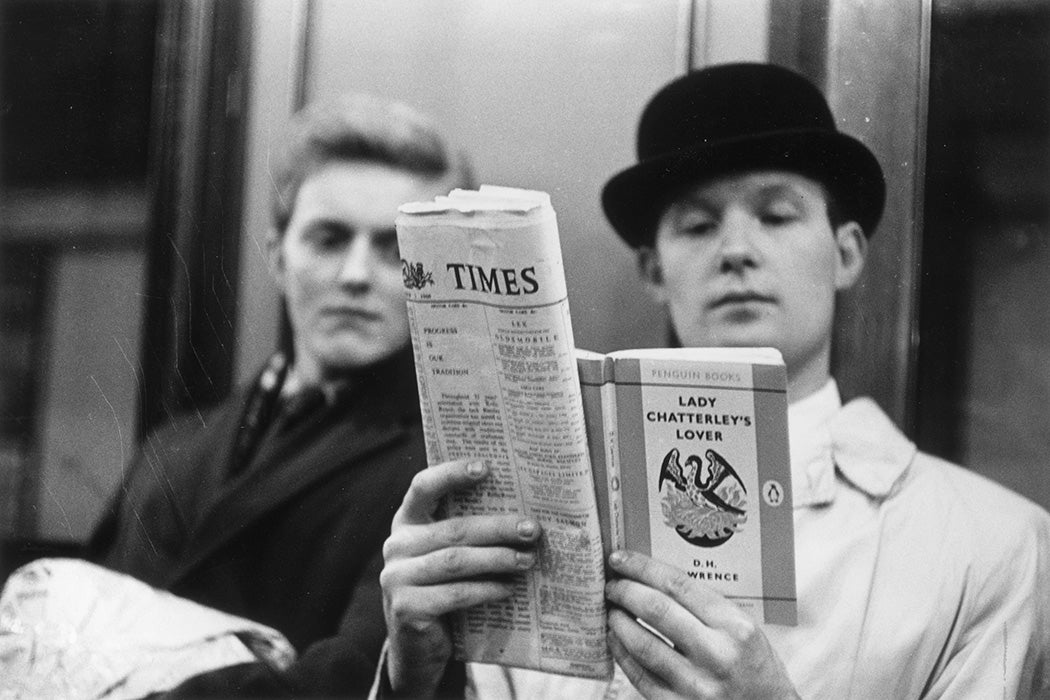 In 1960, D. H. Lawrence’s novel Lady Chatterley’s Lover was charged with being obscene under British law. The book had originally been published privately in 1928 and then in France in 1929. There had been no legal publication in the UK until the 1959 Obscene Publications Act, which made literary merit a defense against charges of obscenity, emboldened Penguin to issue an inexpensive, unexpurgated paperback.

Literature scholar Christopher Hilliard notes that the new law’s backers were surprised by the action the Crown took in challenging Penguin. The Crown fell back on the century-long informal precedent of “variable obscenity,” which held that obscene books should be kept out of the hands of children, women, and the working classes, who were all susceptible to works likely to “deprave or corrupt.” Upper-middle-class male readers, on the other hand, could generally be trusted with suspect books. It was precisely Penguin’s paperback—cheap and mass-produced—that was the trouble.

“The reference to wives and servants was a blunt reminder that the question of who could be trusted to read what was a question about social difference.”

“Material the authorities would ban if it was produced for a mass audience did not necessarily warrant prohibition if it was directed toward a privileged readership in whose judgement the courts could have more faith,” Hilliard writes.

But it was now 1960. The prosecutor, Mervyn Griffith-Jones, who had represented the British at the Nuremberg war crimes trials, asked the jury, “Is it a book that you would even wish your wife or servants to read?” In response, members of the jury broke out in laughter. Three of the jurors were women. The jury pool also included a cross-section of workers, including teachers, dockworkers, drivers, and salesmen. It was unlikely that any of them employed live-in domestic servants.

“The reference to wives and servants was a blunt reminder that the question of who could be trusted to read what was a question about social difference,” Hilliard observes. He also draws comparisons to nineteenth-century debates in Britain about who could vote. It wasn’t, after all, until the early twentieth century that more than half of the British population could vote.

“The Lady Chatterley’s Lover trial was the last sortie of a convention that had held since the nineteenth century,” Hilliard writes. Griffith-Jones “made only the one, fateful, mention of wives and servants, [but] he referred several times to the working-class youths whom a cheap paperback could reach, and the low price of the Penguin edition was central to the prosecution.”

Penguin’s counsel, Gerald Gardiner, used Griffith-Jones’s “gaffe” to his advantage. Arguments “turned on the capacities and entitlements of readers rather than on questions of freedom of expression.” The jury found the book not obscene, and Penguin, fueled by the notoriety of the trial, sold many copies of it.

Meanwhile, Lawrence’s book had a similar history in the United States. Banned in 1929, it was declared legal in 1959. In 1961, Susan Sontag called the book “sexually reactionary” and said that the brouhaha over its publication showed that the “U.S. was plainly at a very elemental state of sexual maturity.” But as the English poet Philip Larkin noted, the publication of Lady Chatterley’s Lover was instrumental in loosening up the Sixties:

Sexual intercourse began
In nineteen sixty-three
(which was rather late for me)—
Between the end of the Chatterly ban
And the Beatles’ first LP.

"Is It a Book That You Would Even Wish Your Wife or Your Servants to Read?" Obscenity Law and the Politics of Reading in Modern England
By: CHRISTOPHER HILLIARD
The American Historical Review, Vol. 118, No. 3 (JUNE 2013), pp. xx, 653-678
Oxford University Press on behalf of the American Historical Association