Why We Need Seagrass

Seagrass meadows are habitats for a variety of marine life, and a vital link between land and sea. But these crucial plants are increasingly under threat.

Seagrass meadows are not only vital habitats for a variety of marine life, they are also a vital link between land and sea, improving water quality and helping protect fragile shorelines. One of the primary functions of seagrass meadows is simply to provide habitat; from enormous sea cows to tiny invertebrates, a tremendous number of species live in or depend on seagrass habitats. But the benefits of seagrass are not limited to species that directly interact with it.

Marine scientist Ken Heck and colleagues, writing in Ecosystems, describe ways in which seagrasses are at the center of vast web of carbon and nutrient exchange spanning from the land all the way to coral reefs and into deep ocean trenches. Extremely productive environments, seagrasses produce a lot of carbon through photosynthesis. They also produce seeds that float and can drift all the way down into the deep ocean where they become an important source of food for other organisms.

Once abundant across the world’s coastlines, seagrass meadows are increasingly under threat.

Birds and aquatic mammals such as nutria can also feed in seagrass, taking that carbon back to land with them. When those animals are eaten or die, they transfer carbon and nutrients from seagrass into terrestrial habitats. Fish also move seagrass nutrients around. Juvenile fish in mangrove forests or salt marshes often feed in seagrass, and large reef fish juveniles live in the seagrass before moving to the reef as adults. Other fish move from seagrass to offshore environments, forming a connection all the way from land to mangrove/salt marsh to seagrass to reef and beyond into the vast pelagic realm. By the time those fish are consumed by large migratory fish it is fair to say that seagrass nutrients are transported globally.

Although they were once abundant across the world’s coastlines, seagrass meadows are increasingly under threat. Along with mangroves, seagrass meadows have become a highly vulnerable shallow water habitat. According to oceanographer Carlos Duarte in Environmental Conservation, the threat results almost exclusively from human actions. Seagrasses can only survive in a narrow range of depth and light levels. Unfortunately, seagrass is often buried by sediment or nutrient runoff, ripped up to make navigation channels or docks, or drowned by climate change. Seagrass is a very difficult environment to restore, so once gone, these underwater meadows will have a hard time coming back. 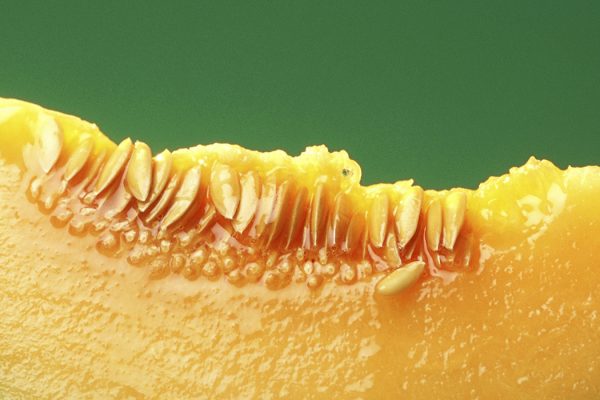 Salmonella: The Good, the Bad, the Unexpected

A recent salmonella outbreak, connected with pre-cut melon, has put the bacteria back in the news. Is there any bright side to salmonella?