Why Some Buddhist Monks Ordain Trees

Buddhist monks in Thailand began tying trees with their traditional colored robes in the 1980s, as threats to ecology increased. 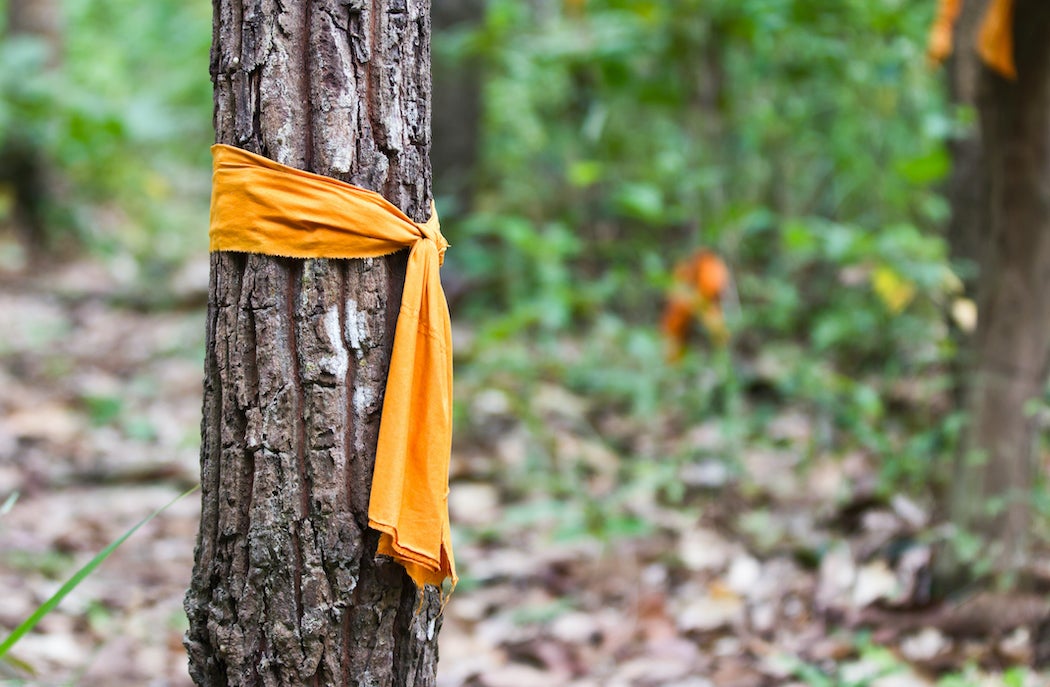 All over the world, trees are a symbol of natural ecology that environmentalists rally to protect. In Thailand, anthropologist Nicola Tannenbaum writes, they have a unique method of doing that: symbolically ordaining trees as monks.

Tannenbaum writes that Buddhist monks have long been involved in social movements and development efforts in Thailand. In the early 1980s, they were part of missionary and development programs, supporting the national goals of education, development, and modernization. However, many of them came to see modernization, at least in the form of industrialization, urbanization, and the spread of Western values, as a problem. One particularly important thinker was the monk Buddhadasa, who tied the Buddhist belief in connections among all living beings to ecological work. Influenced by these ideas, some monks drew connections between reliance on environmentally destructive land-clearing for cash crops and the self-destructive drive for material things.

Monks ordained trees in the 1980s and ’90s as part of protests against commercial logging and pipeline construction.

“Monks worked to develop villagers’ understandings of Buddhism through teaching and meditation practice,” Tannenbaum writes. “With this as a foundation, they began projects that focused on local knowledge and co-operation, such as rice banks and community gardens.”

The practice of tree ordination—in which monks tie saffron robes around a tree—helps connect the preservation of ecological systems to Thai Buddhist identity. Monks ordained trees in the 1980s and ’90s as part of protests against commercial logging and pipeline construction. The idea of tree ordination won official support at the highest levels of Thai politics. Monks ordained trees as part of the 1996 celebration of the fiftieth anniversary of King Bhumibol Adulyadej’s reign.

Tannenbaum focuses on how tree ordination played out that year in the small community of Thongmakhsan, in northwestern Thailand. People there were concerned about a proposed gravel pit that would have contaminated their water supply.

The opposition organizers circulated a petition and gathered signatures representing a majority of the village’s legal adult residents. They rented minibuses and brought at least seventy villagers to protest at a provincial council meeting. And they planned the tree ordination. In a written invitation to the ceremony, they explained that the village was divided into a watershed area that must be left alone, as well as regions where local people could cut wood for their own use or just gather plants like mushrooms, bamboo shoots, and medicinal herbs. They also emphasized the forest’s importance to wild animals and for the village water supply.

The tree ordination ceremony drew from a wider base of support than the other protests. The assistant provincial governor attended. Five temples sent monks and laypeople from the surrounding areas. The ordination also received support from the Royal Project for Tree Ordinations and Village Forests.

“This royal support made support from the provincial and local-level government officials automatic, if not necessarily enthusiastic,” Tannenbaum writes.

Ultimately, the broad support that these project opponents were able to draw on allowed them to stop the gravel pit, demonstrating the power of tree ordination as a tool for the community and its ecological goals.

Protest, Tree Ordination, and the Changing Context of Political Ritual
By: Nicola Tannenbaum
Ethnology, Vol. 39, No. 2 (Spring, 2000), pp. 109-127
University of Pittsburgh- Of the Commonwealth System of Higher Education 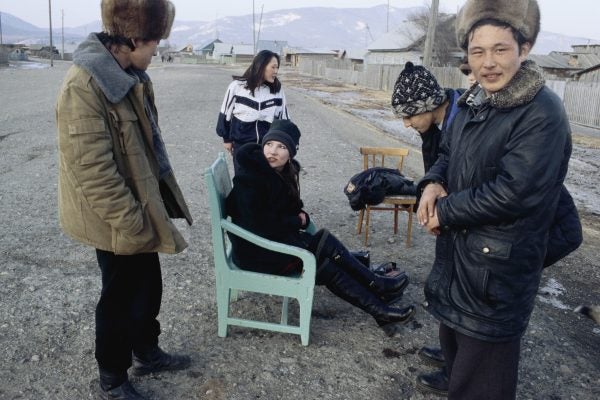