A music scholar suggests that Miles Davis combined the blues with the musical avant garde in a manner reflecting the integrationist spirit of the era. 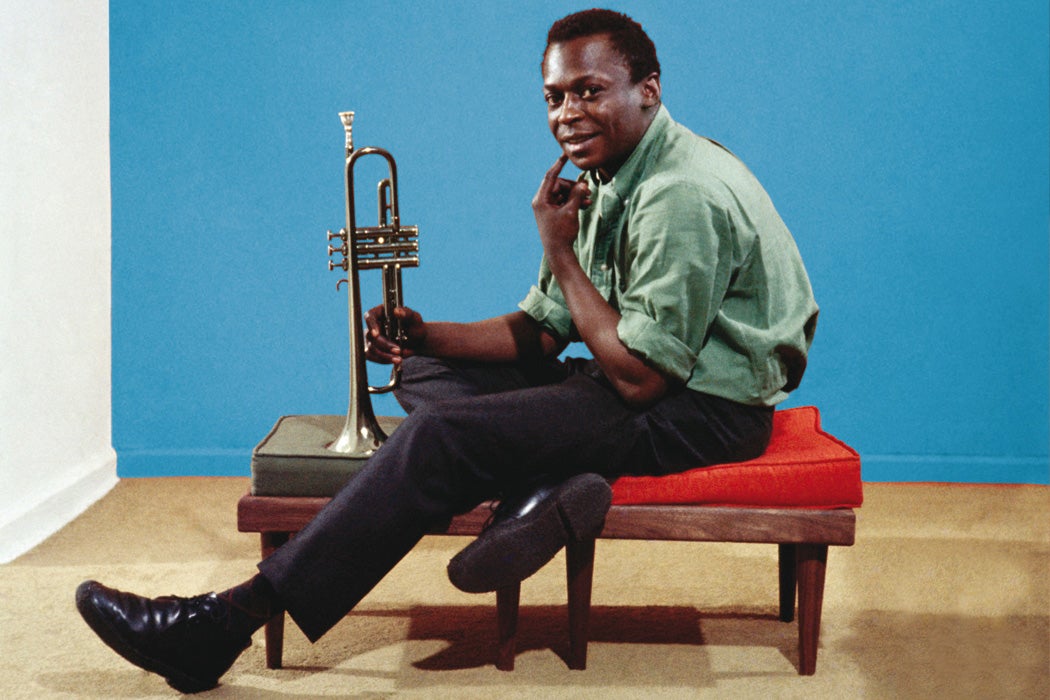 Legendary jazz trumpeter Miles Davis recorded the second and final session of his seminal album Kind of Blue on April 22nd, 1959. It remains the best-selling jazz album of all time. Its unforgettable solos by Davis, tenor saxophonist John Coltrane, alto saxophonist Cannonball Adderley, and pianist Bill Evans create an ethereal atmosphere; the album continues to be one of the most beloved records in jazz.

Kind of Blue popularized a new approach to improvisation. Rather than basing its five tunes on a rigid framework of changing chords, as was conventional for post-bop music, Davis and Evans wrote pieces with a more limited set of scales in different modes. “Modes” maintain the basic intervals of an underlying major or minor scale, but move the tonic (first note) to one of its other notes, creating different moods or coloration. As this detailed video on modal jazz by Polyphonic explains, this creates a more open network of harmonic relationships. Davis and Evans’s “cooler” approach shifts the musical emphasis from “harmonic rhythm” of post-bop jazz, toward the melodic inventiveness of individual players.

The modal approach to jazz became so popular it changed the way jazz was taught and analyzed.

The modal approach to jazz became so popular it changed the way jazz was taught and analyzed. This has justified the significance of the album for many players and aficionados. Music scholar Samuel Barrett argues, however, that this narrative oversimplifies both the way Kind of Blue was composed and performed, and its true cultural impact.

Barrett stresses instead the way this new approach made the blues more accessible to its potential audience, as is hinted in the titles “All Blues” and “Blue in Green.” Contemporary audiences sometimes forget that musical culture and the recording industry were highly segregated between music aimed at whites and African-Americans (so-called “race records”). By the late 1950s, with the rise of R&B and rock-and-roll, younger white audiences were becoming more receptive to new modes of the blues.

Modal jazz emphasized melodies created through scales, just as the blues had always done, albeit with a more limited set of tools—typically the pentatonic scale. Many of the scales Davis chooses, despite being more abstract in their total conception, still employ many of the flatted thirds and sevenths characteristic of the blues. The slower tempos and cooler attitudes of the songs in Kind of Blue had already been proven to attract older white audiences throughout the “cool jazz” fad earlier in the decade.

Barrett argues that Davis thus authoritatively married the blues to the freer forms of the musical avant garde in a manner reflecting the integrationist spirit of the racial politics of the era. White pianist Bill Evans’s prominent role in writing and performing the work is only the most explicit sign of this fact.

It often surprises jazz fans how virulently Davis turned against this style by the later 1960s in favor of more esoteric rock and funk-influenced “fusion.” Barrett notes that by that point, owing to political compromises in the civil rights movement and the backlash of structural white supremacy, younger African Americans had departed the politics of integration toward black empowerment. Indeed, achieving integration remains a problem across much of twenty-first-century America. This doesn’t mean we can’t still love Kind of Blue. But its fetishization as the finest specimen of jazz ever may reveal something about how the genre’s popular appeal has become restricted more to academic and art appreciation over time. 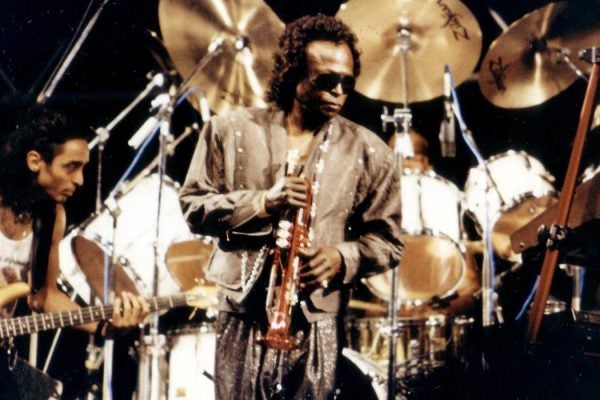 There are things about Miles Davis we never discuss. Maybe it's time we did.