Why Climate Change Is a National Security Issue

Viewing climate change through a national security lens makes a certain amount of sense — but it won’t entirely solve the problem. 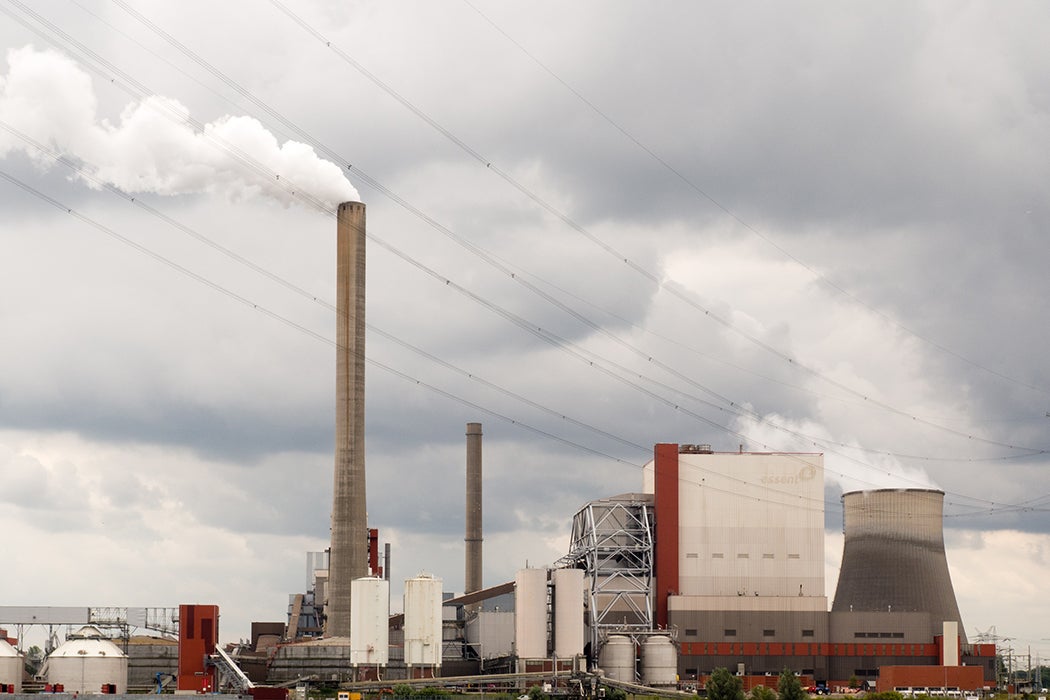 Climate change will be the defining test of global civilization in the twenty-first century. While climate scientists have been aware of the effect of carbon emissions on average worldwide temperatures for several decades, the 2010s have seen consecutive hottest years on record, along with storms, droughts and wildfires of intensifying power and destructiveness. The threat is unprecedented in its existential scale, its long-term evolution, and its challenge to our conventional ways of life.

The latest report of the U.N. Intergovernmental Panel on Climate Change, founded in 1988, has stressed the increasing urgency of the problem. In its Global Warming of 1.5° C released October 8th, 2018, the IPCC revised the threshold after which it believes the most serious effects of climate change will occur downward from 2° C (3.6° F) to 1.5° (2.7° F). At current rates of carbon output, the panel estimates the world will pass this point as early as 2030.

And yet the right-wing political turn occurring in many countries threatens to demolish global conventions committed to capping carbon emissions. President Trump plans to withdraw the United States from the Paris agreement, and leading Brazilian presidential candidate Jair Bolsonaro has stated his intention to do likewise in Brazil.

Many right-wing politicians deny the existence of climate change in order to satisfy the business interests that fund their campaigns. However, businesses and politicians are not the only powerful decision makers on this issue. The U.S. military, which the right often champions, openly acknowledges the existence and growing threats of climate change. After all, the military faces some of its direct consequences. With many bases in the U.S. south, in the past month alone it was forced to evacuate Parris Island during Hurricane Florence, and received devastating damage at Tyndall Air Force Base from Hurricane Michael. In 2014, the Department of Defense released a Climate Change Adaptation Roadmap stating that climate change poses “immediate risks to U.S. national security.”

Indeed, security studies scholars are examining the meta-process or “securitization” of climate change itself. Securitizing climate change can help heighten public awareness and transcend political opposition. But it also risks pitting individual states in competition with each other, when cooperation is clearly the most productive avenue. Seeking to achieve “national” security foremost can only lead to regressive and selfish policies in reaction to a crisis the scale of climate change.

How the Military Could Help

The military is able to play a leading role in confronting climate change not only because it commands authority and respect from the public, but because of its enormous institutional size. Just as NASA’s Apollo program for moon exploration led to huge advances in engineering and computing in the 1960s and 1970s, military investments in alternative energy sources could develop technology with important civilian uses.

There are incentives for this project beyond environmentalism. Major Andrew Hoisington notes that the military spent $14.8 billion on energy in 2013. To reduce this expenditure and make it more predictable, the army began working with the National Renewable Energy Laboratory to establish nine installations that relied entirely on renewable energy, such as geothermal power. It was working on 900 other projects that employed alternative sources of power, the most common of which was photovoltaic cells at smaller installations. Each branch of the military has a mandate of building one gigawatt of alternative power sources in the coming years, which the Navy has already met.

Hoisington concludes, however, that even though these initiatives can help promote a carbon-neutral future, “reducing climate change may not be the mission of DOD.” Between proactive measures to prevent further climate change and reactive measures to protect American interests from its results, the latter is always the priority. Nowhere in these military plans are clean energy requirements made of the D.O.D.’s private sector contractors, an enormous constituent of the military economy. In fact, contractors like Raytheon are looking forward to extra demand for their products in the military conflicts that may result from climate change.

In any case, the ongoing spread of American empire is still extremely wasteful of energy that could be used for either humanitarian causes or the renovation of decaying domestic infrastructure.

Climate change has already begun to threaten lives and livelihoods in countries of Africa, Asia, and Latin America to a far greater degree than in Europe or North America. Many of these states have threatened water supplies, and globalized agribusiness has made their food supply insecure. Rising sea levels and droughts will affect tens if not hundreds of millions, causing mass migrations that could overwhelm contemporary borders and their conceptions of nation-state sovereignty. This may lead to interstate war, but it is more likely to cause many smaller simultaneous asymmetrical conflicts that pit vulnerable families and individuals against militaries unequipped to manage them.

To prepare for this demographic shift, Kate Jastram argues that legal tools already available to policymakers could expand the number of climate refugees accepted into the United States. The U.S. is currently party to the 1951 Convention relating to the Status of Refugees developed after the forced migrations following World War II. Under this agreement, it is illegal to return refugees to countries of origin if they face persecution for race, religion, ethnicity, or political opinion. However, the United States often adopts a narrow conception of what this persecution involves, and exercises its discretion to deport refugees the military or federal government considers threats to its own security.

Jastram believes climate change will force powerful states to accept more refugees whether they want them or not. It will be more effective, she writes, to redefine “national security” to justify preemptively accepting climate refugees, even domestically displaced people in countries with civil conflicts. The Temporary Protected Status and Refugee Resettlement programs can allow tens of thousands more refugees into the United States each year. The government could promote the fact that this diffuses global conflicts that would otherwise entangle the US, rather than merely providing humanitarian aid to the populations involved.

The Risks of Viewing the Climate Crisis Through a Security Lens

Climate change has not received nearly the same attention or resources from the government as the other new existential security campaign of the twenty-first century—the “War on Terror.” Granted, the September 11th, 2001 attack was a much more spectacular and specific disaster than creeping global temperatures, and the targets of retaliation, the Taliban and Al-Qaeda, more vivid. But the rhetorical process of “securitizing” one threat or another follows similar processes—passing legislation, mobilizing budgetary and bureaucratic resources to confront the threat, the appearance of political interest groups around the new objective, and the manipulation of public opinion to support new policies.

Peter Engelke and Daniel Chiu of the Atlantic Council examine the potential effects of tying climate security more explicitly to U.S. national security. While it can create urgency behind the issue, it also can lead to “overly nationalistic or militarized solutions to problems, which are inherently transnational and that require nonmilitary responses to solve them.” Viewing the climate crisis through a security lens makes it easier for politicians like President Trump to dehumanize refugee victims, portraying them as the true threat to the powerful countries to which they are trying to migrate. He is amplifying these fears in the weeks leading to the 2018 midterm elections.

Given the inevitability of military interest in climate change, a compromise between particular national and global-scale efforts may be in regional treaty organizations such as NATO. Amar Causevic investigates the way inter-military cooperation in NATO can help member states pool resources and research about the crisis, and identify collectively with threats that may only affect a few members. NATO is aiding cooperation in climate change issues, which range from negotiating sovereignty conflicts in the Arctic Sea to providing relief to neighboring states suffering from climate-related crises, such as flooding in Bosnia and wetland restoration in Central Asia. NATO has its own Smart Energy Team seeking to spread alternative energy sources in all member militaries.

However, the vitality of NATO and other regional and global organizations like the U.N. is also dependent on domestic politics that support a vision of global cooperation and accountability. Leaders like President Trump, who has denounced the United States’ financial contributions to this long-term cornerstone of U.S. global hegemony, and insulted its members, could well neutralize it as a positive source for fighting climate change.