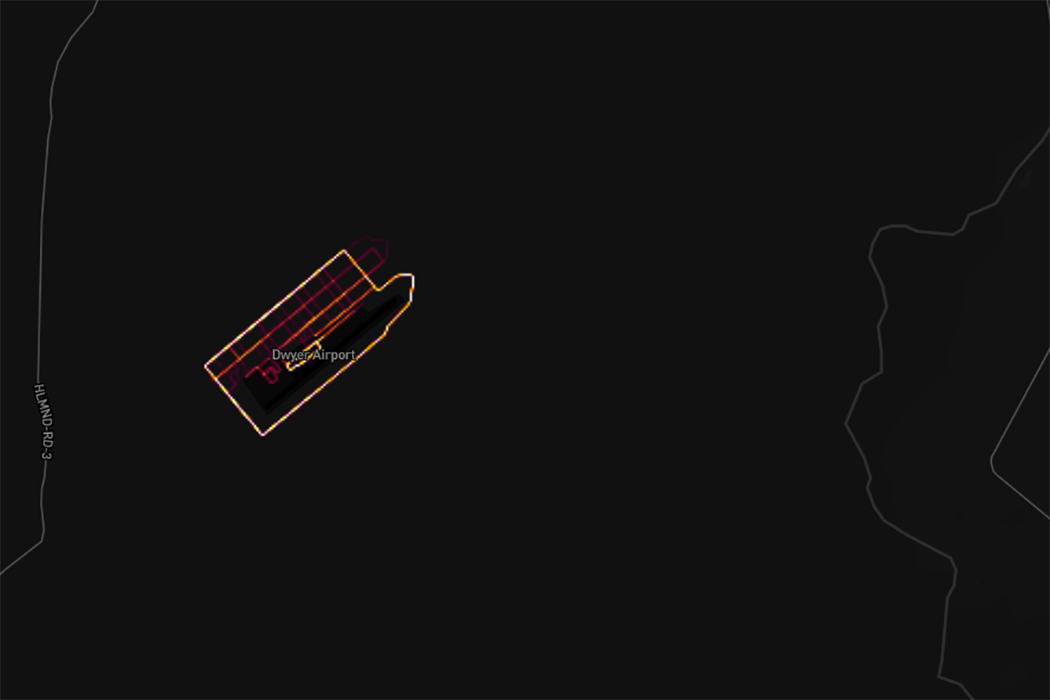 In recent months, many Americans have been surprised to learn that the US has an extensive military presence in Africa. An intelligence snafu over fitness tracker data produced by US soldiers using Fitbits and other devices while running laps provided a clear snapshot of their deployments. In November 2017, fitness database Strava produced a Global Heatmap showing popular exercise routes as glowing yellow streaks. The streaks revealed loops around airstrips in remote areas across sub-Saharan Africa that are the undeniable traces of US or European troops staying in shape.

While domestic politics continue to dominate American media coverage, the progress of the United States’ two-decade war on terror goes largely unreported. These days, it takes a truly terrible event to capture the public’s attention. The ambush and killing of four US soldiers on a raid in Niger in October of 2017 was such a moment. But because of our collective ignorance of U.S. military activities worldwide, journalists’ questions remained basic: “Where does the U.S. have troops in Africa, and why?”

This is a more complicated problem than it seems at first. Africa was of relatively little concern to the US military during the Cold War, compared to the struggle with the Soviet Union in Eurasia. Its strategic priority increased in the 1990s with the military intervention in Somalia, and counterterrorism operations in the aftermath of al-Qaeda’s 1998 bombings of US embassies in Kenya and Tanzania.

Since the September 11, 2001, attacks, US military and security agencies have claimed an unlimited mandate to pursue what they deem terrorist threats. After 2001, the Bush administration opened a major military base in Djibouti, at the strategic crossroads of the Red Sea and Gulf of Aden. Although 4,000 troops are stationed there today, the real extent of the American footprint is not in permanent, built infrastructure. Rather, it is in the bilateral Status of Forces Agreements that America has negotiated with many African states, permitting thousands more American troops to arrive to and depart from their airports and national military installations with flexibility.

The leaked Fitbit data reveals isolated US military bases scattered throughout several African nations. David Vine breaks down this “lily pad” deployment strategy. It not only permits the maximum projection of military power with the least commitment, it also allows military commanders to publicly depict all such deployments as “temporary” and to conceal their existence from the public. Taken in the aggregate, the “temporary” lily pads in Mozambique, Tanazania, Burundi, Kenya, Somalia, Uganda, Ethiopia, South Sudan, CAR, Chad, Niger, Ghana, Senegal, Liberia, Burkina Faso, Mauritania, Egypt, and Morocco, among other locations US troops have occupied, signify an enduring and imperial-scale military presence. This expanding network was a key reason the military reorganized its world-spanning unified combatant command system in 2008 to place responsibility for the continent of Africa under a single United States Africa Command, or AFRICOM.

As the twenty-first century stretches onward, the US occupation of Africa has become self-justifying. The US military now must stay in Africa to protect the interests of the US military in Africa. Moreover, growing military power displaces and absorbs other US interests in Africa, such as diplomacy, academic research, trade, and investment, which have been important factors in achieving social and state security.

The concept behind AFRICOM was not just to unify military commands from the European, Pacific, and Central areas, but also to become the lead coordinator of diplomatic and other state functions in Africa, what the military calls a “whole-of-government” approach. AFRICOM has attached senior officials from the Departments of State, Homeland Security, Agriculture, Energy, Commerce, and Justice, among other agencies. A State official told security studies scholar David Wiley that there were seven military employees per civilian employee working on US policy for Africa, and military attachés outnumber diplomats at many embassies across Africa. In addition to running drone surveillance programs, cross-border raids, intelligence, and interrogation, AFRICOM has claimed responsibility for development, public health, professional and security training, and other humanitarian tasks.

There is a considerable intellectual ecosystem of foreign policy interest groups and think tanks promoting AFRICOM hegemony in U.S. policy. Take, for example, the think tank Chatham House’s “America’s Africa Command: Soft Power Warriors.” The article casts AFRICOM’s development as a logical conclusion of political trends as “members of Congress have more to gain politically by funding soldiers… instead of aid workers.” At the same time, it claims “the capabilities of US civilian agencies such as the State Department and USAID remain feeble compared to the military.” The implication is that these independent civilian services are intentionally being weakened so they may serve as PR screens for military activity.

International service scholar A. Carl LeVan demonstrates that the command has sparked resistance in many African states. AFRICOM has maintained its headquarters in Stuttgart in part because no African state has been willing to host it. The South African Minister of Defense and Nigerian House of Representatives both made statements of concern about growing military entanglement. While LeVan found that generally the political class of African countries with higher dependence on US aid were more receptive to AFRICOM operations, there was no such correspondence in public opinion. Indeed, Cameroon and Liberia welcomed US military leaders in 2008, but faced embarrassing public protests and media coverage. LeVan identifies the danger that leaders in such countries will use increased military aid and training from AFRICOM not to fight US enemy terrorists, but rather to repress domestic political opponents. Indeed, the presence of US troops tends to blur the lines between these two categories.

Wiley argues this shift to military dominance has also led to a struggle over the academic study of Africa itself. Social science “area studies” were founded with military and diplomatic federal funding in the Cold War to help the government remedy its ignorance of the wider world. But after the late 1960s, with growing movements against the Vietnam War and, increasingly, apartheid in South Africa, Africa scholars at “Title VI” federally-funded area studies centers at major universities rejected all military and intelligence funding. Among many ethical concerns, sociologists and anthropologists struggled to overcome the view many Africans that any scholar or civilian aid worker was also a US spy.

Since 2001, a new generation of scholars have faced the dilemma that available resources for research are being concentrated in military institutions. West Point and the other service academies have expanded African area studies, the Africa Center for Strategic Studies at the National Defense University actively cultivates thousands of “community members,” and the National Security Education Program and Minerva Research Initiative provides millions of dollars for language study and social research. AFRICOM maintains a Social Studies Research Center in Stuttgart. But while military leaders are increasingly interested in incorporating social and cultural intelligence in their “whole-of-government” approach, social studies scholars are widely critical that any such research will be warped by the tactical aims they wish to use it to accomplish.

The Right Tools For The Job?

By now, even military- and policy-centered counterterrorism analysts express the belief that repressive strategies alone are bound to fail in the long run. However, their commitment to the basic necessity of U.S. military occupation and neoliberal economic policy limits the range of alternative recommendations. The think tank RAND Corporation’s 2009 policy analysis “Radical Islam in East Africa” claims the US should not lean on military force, but instead attack “the conditions that make the region hospitable to extremist and terrorist elements.”

The longest-term strategic threat to the United States in Africa is not terrorism.

However, the report lists only vague recommendations to “augment human capital and improve public administration,” and to “promote economic opportunity” with the “mitigation of corruption,” “reduction of trade barriers,” and “promotion of entrepreneurship.” The report doesn’t acknowledge how untargeted development aid can actually worsen public sector corruption in weak states. Indiscriminate free trade without specific improvements in education or infrastructure also brings competition that generally discourages small industry. Moreover, the report floats the dubious idea of supporting moderate Muslim NGOs to reduce the influence of radical Islamism, but only if assistance can be offered “in ways that do not compromise the credibility of these groups.”

It has escaped nobody’s notice that the longest-term strategic threat to the United States in Africa is not terrorism. China’s influence is spreading without widespread military occupation, elaborate social research, or the self-contradictory cultivation of “moderate” Muslims (although it is also planning to open a military base in Djibouti). Rather, China will let its economic power speak for itself. It has invested billions in the energy, agriculture, mineral, communications, and transportation sectors, and expanded bilateral trade to more than 100 billion dollars every year. Hany Besada notes that unlike US and European investors focused on the short term, state-owned enterprises make the majority of such investments, with “the objective of forming long-lasting relationships with the communities and governments with which they cooperate, assisted in part by their accessibility to very low cost of capital,” Chinese labor foremost.

These activities are by no means charitable. Critics point out that China is seeking raw materials and export markets to expand their own economy. They are willing to cultivate dictators to do so like any other global power. But the size and scope of these economic activities are forging an utterly new foreign policy landscape. Meanwhile, the US military is using piecemeal programs to cover over a frustrating cycle of counterterrorism raids and surveillance that will never gain the public legitimacy necessary to produce results. Unless the United States or other countries can offer specific economic involvement at a scale that can match China’s, and which will preferably provide beneficial opportunities to the African population, they will continue to see their relevance diminish.

Editor’s Note: This article has been updated to correct a misspelling. 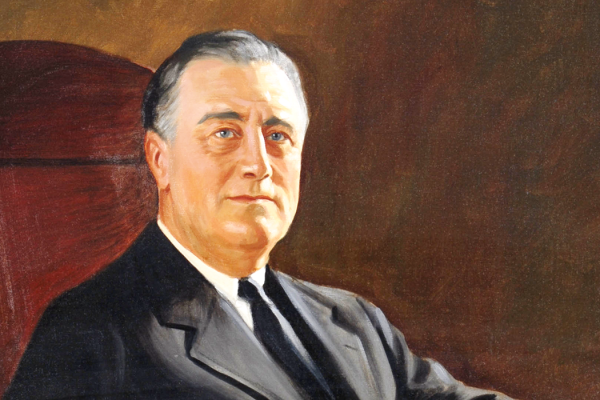