White Supremacists and the Rhetoric of “Tyranny”

White supremacists have declared themselves in danger of losing essential rights. It’s the kind of argument racists have been making for a long time. 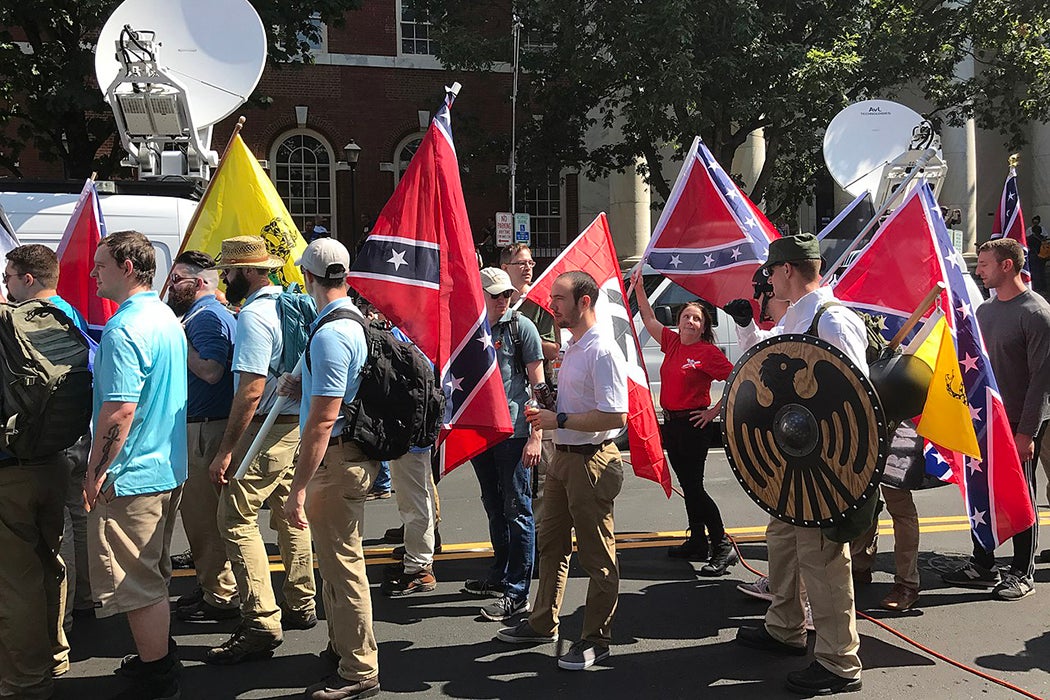 During recent demonstrations, white supremacists and members of the “alt-right” have rhetorically declared themselves under attack, in danger of losing essential rights like free speech and the right to bear arms. As political scientist Marek D. Steedman explains, writing about Louisiana politics in the 1870s, that’s the kind of argument ideological racists have been making for a long time.

In the aftermath of the Civil War, Steedman writes, the “tyranny” white supremacists opposed was Radical Reconstruction. Through military rule, the federal government had forced the state to let black men vote, and Republicans quickly gained control of the state government. In 1868, half the delegates to the convention that rewrote the state constitution were black. The white planter class responded with a massive intimidation campaign, including lethal violence.

The late nineteenth century Southern Redeemers (like many white supremacists today) relied on liberal democratic ideas about opposition to tyranny.

In the 1872 election, the federal government intervened to stop intimidation and attacks on black voters, but fraud was rampant on both sides. In the end, the federal government recognized Republican Governor William Kellogg and his legislature as the legitimate victors, but Democrats insisted they were imposters. In 1873, the Democratic-oriented Ouachita Telegraph published a call “To resist, by all legal and constitutional means … the reign of usurpation and tyranny that now endeavors to exercise rule of the state.”

As part of the growing Redemption movement, Democrats organized a campaign of tax non-payment, and, later, armed resistance, to oppose the “political knaves, adventurers, and credulous and ignorant negroes” of the Republican Party.

Steedman points out that the Redeemers (like many white supremacists today) used liberal democratic ideas about opposition to tyranny. That was true even when their side massacred freedpeople. In 1873, white supremacists burned a Colfax courthouse where hundreds of black men had taken shelter during a confrontation and then gunned down those who fled the fire. The Ouachita Telegraph described the incident as a “salutary lesson.”

In 1874, the White League, a white supremacist paramilitary group, stormed the state government buildings in New Orleans and declared their own Democratic government. Although the federal government soon quashed the coup, the Telegraph insisted that the takeover was justified as a response to the New Orleans Metropolitan Police’s attempt to seize a shipment of arms to the White League.

“The recent outbreak in New Orleans was occasioned by the lawless and violent invasion by Kellogg of the constitutional right of the people to purchase and bear arms,” the paper insisted. Steedman notes that the Redeemers were drawing on a long American tradition of accepting civil disobedience and even violence as a response to tyranny or assaults on democratic rights. What distinguishes the way white supremacists used this idea in 1874 was how they defined “the people.”

“They hoped to prevent an interracial democracy, using force or fraud if necessary, and part of that project was to construe former slaves as inherently external to ‘the People,’” Steedman writes. 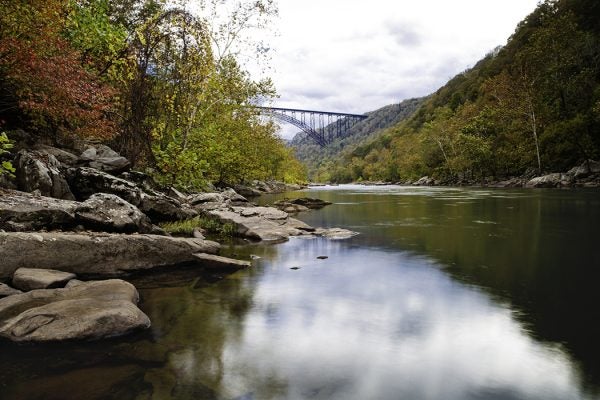 Why There’s A West Virginia

West Virginia declared its independence from the secessionist state of Virginia in the middle of the Civil War and became the 35th state.