The American bison isn’t extinct. But could it ever roam freely across North America, as it once did? Some scholars say it could happen. 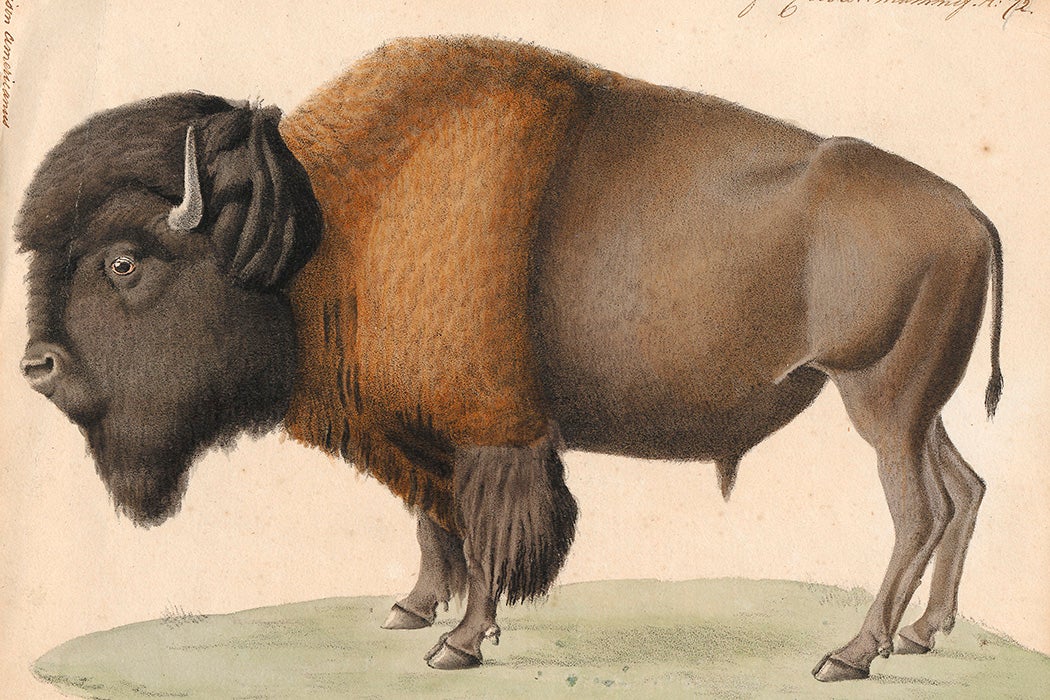 Saving the American bison from extinction in the late nineteenth century has been hailed as one of the great achievements of the conservation movement. Zoologist and conservationist William T. Hornaday’s 1889 map of the distribution of bison records the continental reduction of the range of Bison bison, shrinking down over time to practically zero. The conservationists were just in time. But still, only about half a million bison are found today, in less than 1 percent of their historic range.

Considering that kind of decimation, many people would be surprised to learn that three hundred years ago, bison—the U.S. national mammal—populated a sizable portion of North America, not just the American West.

Their habitats stretched across the continent, reaching as far north as the Arctic Circle on down to Mexico.

As Eric W. Sanderson and two dozen co-authors explain, “tens of millions” of bison once populated North America. Their habitats stretched across the continent, reaching as far north as the Arctic Circle on down to Mexico. Bison were also “essential to the ecology of grassland systems and the economies and spiritual lives of the people who dwelled in those grasslands and other places.”

Is that reality gone forever?

Maybe, yet Sanderson and his coauthors provide a vision for “bison restoration.” It would take a century, so it would be beyond the lifespan of all involved. But that’s ecological thinking. Bison restoration would include measures like maintaining and managing herds, restoring ecosystems, education and outreach, and collaboration between public, private, and indigenous stakeholders.

What is the point of bison restoration? According to the paper’s co-authors, it’s conserving not only “the animal itself—whether in parks, zoos, or ranches,” but also “the interactions between bison and their environment[.]”

Those interactions were significant historically. The animals were significant makers of habitat, virtual landscape engineers: they “wallowed, rubbed, pounded, and grazed the prairies into heterogeneous ecological habitats; they covered vegetation into protein biomass for predators, including people; and they shaped the way fire, water, soil, and energy moved across the landscape.”

Today, however, we know bison best as meat. Sanderson et al. note that these bison are “selectively bred, mixed with cattle genes, separated from natural predators, and managed as small herds in fenced paddocks.”

In this way, bison are cut off from the “economic, cultural, aesthetic, [and] spiritual” aspects of their relationship with humans. These factors, the authors say, should be considered in restoration efforts. We’ll know that the “ecological recovery of the North American bison” has happened “when multiple large herds move freely across extensive landscapes within all major habitats of their historic range, interacting in ecologically significant ways with the fullest possible set of other native species, and inspiring, sustaining, and connecting human cultures.”

“We live,” the authors note, “in a time of diminished expectations for nature, when baseline concepts about nature no longer reflect the abundance, variety, and spectacular phenomena that once existed.” Considering that most conservation efforts are “ad hoc, small scale, and short term,” this restoration concept is bold.

As an iconic animal with a “full range of ecological and social values,” bison bode well as a test case on re-wilding both the planet and our imaginations. 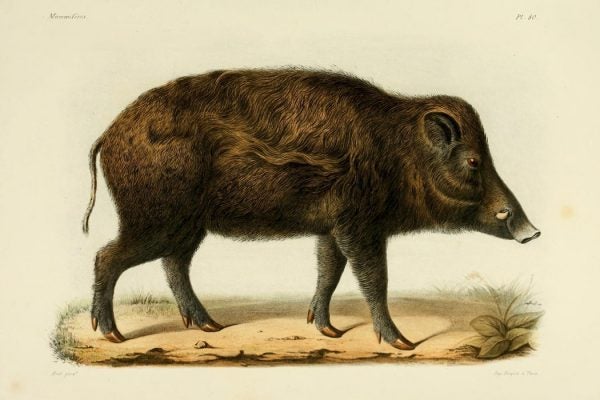 Is constructing a fence along the Denmark/Germany border really the best way to keep wild pigs away from domestic pigs?