When the Push Button Was New, People Were Freaked

The mundane interface between human and machine caused social anxiety in the late nineteenth century.

The doorbell. The intercom. The elevator. Once upon a time, beginning in the late nineteenth century, pushing the button that activated such devices was a strange new experience. The electric push button, the now mundane-seeming interface between human and machine, was originally a spark for wonder, anxiety, and social transformation.

As media studies scholar Rachel Plotnick details, people worried that the electric push button would make human skills atrophy. They wondered if such devices would seal off the wonders of technology into a black box: “effortless, opaque, and therefore unquestioned by consumers.” Today, you’d probably have to schedule an electrician to fix what some children back then knew how to make: electric bells, buttons, and buzzers.

“Some believed that users should creatively interrogate these objects and learn how they worked as part of a broader electrical education,” Plotnick explains. “Others…suggested that pushing buttons could help users to avoid complicated and laborious technological experiences. These approaches reflected different groups’ attempts at managing fears of electricity.”

The word “button” itself comes from the French bouton, meaning pimple or projection, and to push or thrust forward.

Electric push buttons, essentially on/off switches for circuits, came on the market in the 1880s. As with many technological innovations, they appeared in multiple places in different forms. Their predecessors were such mechanical and manual buttons as the keys of musical instruments and typewriters. Before electricity, buttons triggered a spring mechanism or a lever.

The word “button” itself comes from the French bouton, meaning pimple or projection, and to push or thrust forward. It’s impossible to pinpoint a single origin of the push button, writes Plotnick, but such interfaces included the “inanimate buttons that adorned clothing.” Between 1880 and 1920, hundreds of patent applications were made for “electric buttons” or “push-buttons.”

At the end of the nineteenth century, many laypeople had a “working knowledge not only of electricity, but also of the buttons they pushed and the relationship between the two,” according to Plotnick. Those who promoted electricity and sold electrical devices, however, wanted push-button interfaces to be “simplistic and worry-free.” They thought the world needed less thinking though and tinkering, and more automatic action. “You press the button, we do the rest”—the Eastman Company’s famous slogan for Kodak cameras—could be taken as the slogan for an entire way of life.

Ultimately, the idea that electricity was a kind of magic would triumph over a more hands-on, demystifying approach.

Plotnick quotes an educator and activist from 1916 lamenting that pushing a button “seems to relieve one of any necessity for responsibility about what goes on behind the button.” That resonates now, more than a century later, when technology is even more complicated and even more intimately entwined with our lives. The “black box” reigns supreme. 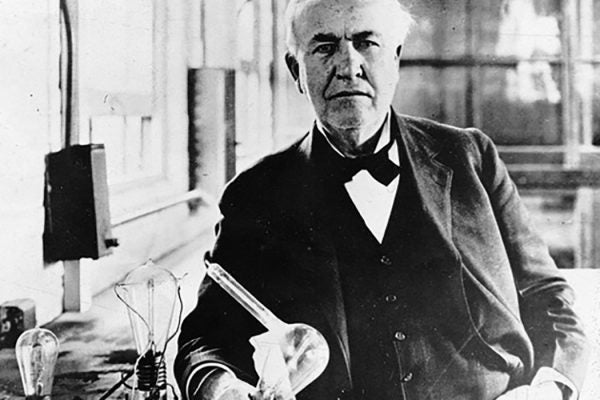