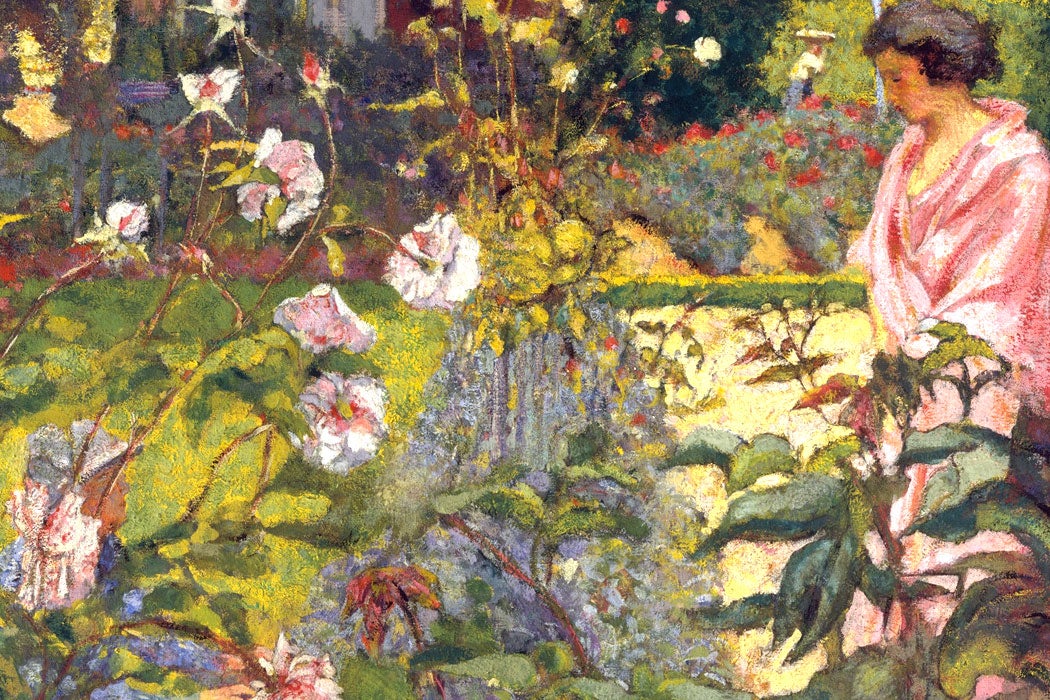 Think about gardening, or tending houseplants, and you most likely think of a woman—perhaps a woman who has plenty of leisure time and loves taking care of living things. Historian Robin Veder explains that the way we associate female nurturing with raising flowers goes back the way ideas about gender and work changed in the mid-nineteenth century.

Gardening manuals of the nineteenth century described flowers taking “the place of children in bereaved homes” or in families where adult children had moved out.

Wealthy households depended on skilled horticultural workers—either hired or enslaved—to care for their flowering plants. But middle-class homeowners were limited to their own amateur efforts. So professional horticulturists, who stood to benefit from new customers at their nurseries and greenhouses, began writing manuals, magazines, and columns.

Before 1840 or so, Veder writes, most authors of gardening manuals assumed their readers were male. But from the 1850s through 1870s, there was a flurry of books about flower gardening and indoor floral decorations. Women’s magazines including Ladies Home Journal actually grew out of horticultural and agricultural publications’ efforts to reach a female audience.

Gardening manuals written in this period described flowers taking “the place of children in bereaved homes” or in families where adult children had moved out. Prolific California gardener Mrs. Annie C. Brown explained in Ladies Home Journal in 1887 that her only daughter was now grown “so all my spare time is given to my flowers. They are to me as children…” Harriet Beecher Stowe wrote that a successful gardener treats her plants as children: “She loves them; she lives in them; she has in herself a plant-life and a plant-sympathy. She feels for them as if she herself were a plant.”

The metaphor worked particularly well with houseplants, which help create a cheerful middle-class domestic space, and which are completely dependent on care from human “parents.” In books and articles from this era, to buy a plant was to remove it from the cold world of market forces and transform it into an object of love.

Veder writes that nineteenth-century gardening manuals drew on a long tradition of sentimental pastoralism—a tradition that “aestheticizes economically significant work by framing it as leisure.” Gardening, like parenting, clearly involves mental and physical labor, and both provide something of value to the household. But books and articles portrayed both activities as a natural extension of women’s being, rather than “work.”

The idea of domestic, unpaid labor as something other than work helped create a concept of work as something done by men, outside the home, for pay, and without emotional connection. Today, with gender roles in flux, one way to break down that binary is to notice that planting a garden or keeping a houseplant alive is both leisure and labor. 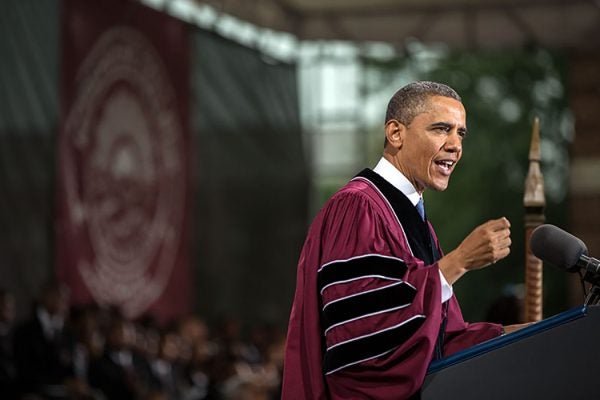 Who Gets to Make Commencement Speeches (and Why)?

Why are battles over just who gets the honor of toasting new graduates—and what they say—always so heated?