What’s It Like to Be an Editor of a Prison Newspaper?

The incarcerated editor of The Nash News in North Carolina shares about the power of higher ed and his work at the prison newspaper. 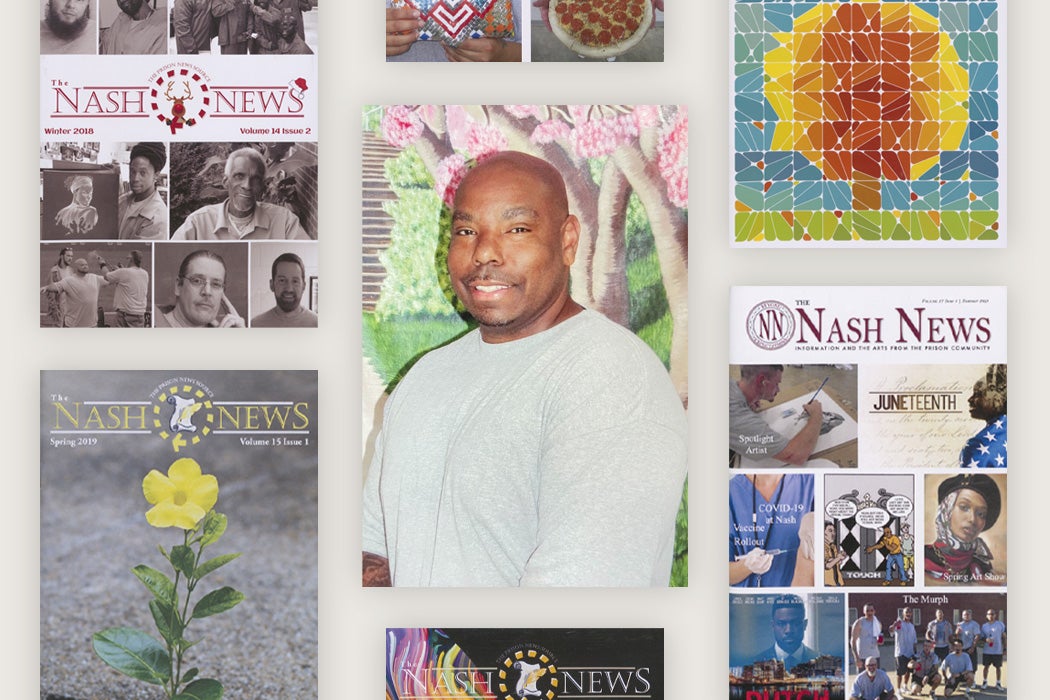 In 1926, the inaugural issue of The Prison News reported on the creation of a print plant at Central Prison in Raleigh, North Carolina. Prison administrators envisioned a two-fold purpose for the new plant: to offer a “respectable trade to young men,” and to introduce a self-sustaining business that would “add revenue to the General Fund of the State.” Not only did news of the correction enterprise endeavor prove noteworthy, the fact that incarcerated individuals wrote about the plant’s creation in a prison periodical appears even more profound.

I began working at that print plant in 2015—which is now located at a medium custody facility in Nashville, North Carolina—as a shipping clerk in the warehouse. A supervisor in the graphic design department noticed my talent with computers and offered me a job. One year after training as a graphic designer, The Nash News, the modern successor to The Prison News, recruited me as a journalist.

Working for a prison newspaper alters the outlook of incarcerated individuals by instilling tenets of personal change.

Working with a prison newspaper may not seem prestigious, but informing the Nash Correctional population about important topics was a personal achievement worthy of the effort. In an era when society weaponizes lack of education as punishment for incarceration, The Nash News presents an informal learning environment where many thrive. In general, working for a prison newspaper alters the outlook of incarcerated individuals by instilling tenets of personal change: education, diligent work, and reflection through critical thinking.

A judge sentenced me to life without parole at the age of 22 for killing a drug dealer. He had been armed with a plastic gun, which I thought was real, during an attempted robbery. Before prison, I had earned a GED at a boot camp in Illinois around the same time politicians eliminated federal Pell Grants for prisoners in 1994.

When I entered the system, most prisons partnered with junior colleges to help prisoners earn GEDs, no matter their sentence. Contrarily, prisons offering college education excluded people serving more than ten years because prison officials saw no redeemable qualities in those serving interminable sentences. That meant I had to wait more than two decades before higher education would become a possibility for me, and even then, it was through a privately-funded program. In the ensuing years I had to take it upon myself to keep myself intellectually engaged, which I did through the newsroom and teaching myself how to write.

For me, education does not serve a long-term purpose of supporting my survival after prison, because I will likely never leave. I have nevertheless sought to conquer my own ignorance in pursuit of personal change, even when the lack of educational opportunities forced me to become an autodidact. Creative writing changed my life. I ordered books and taught myself story structure and grammar. Later, I employed the same method to teach myself journalism when I started writing for The Nash News. Creative writing and journalism became my first interaction with critical thinking by teaching me to process and communicate complex information. 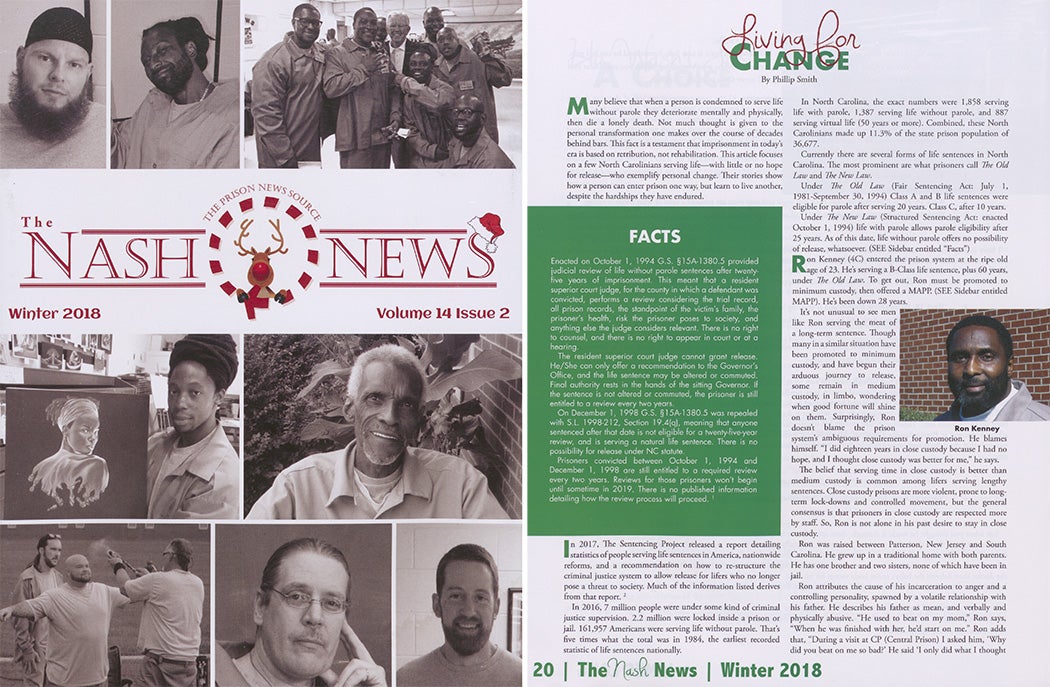 Critical thinking is more than just absorbing information. It requires the ability to synthesize, evaluate, and analyze disparate concepts and information. I used this skill in “Living for Change,” an article that I wrote for The Nash News about life without parole (LWOP) sentences to dispel unwarranted rumors circulating about lifer releases. In “From the Cradle to the Cage,” a correctional officer recruited me to write about the school-to-prison pipeline. My peers appreciated “From the Cradle to the Cage” because incarcerated parents did not know how disparities in school budgets create conditions for underprivileged children to land in prison, while wealthy kids enjoy a clear path to college. In “A Dream Delayed but Not Deferred,” I used narrative nonfiction to describe how Kwame Teague’s fictional trilogy Dutch—written from prison—aired on BET as a feature film after two decades of effort. The Prison Journalism Project reprinted the Dutch article a few months later. Drawing on my background in creative writing and journalism helped me craft stories incarcerated readers desired, but not many knew the difficulties I experienced when researching. 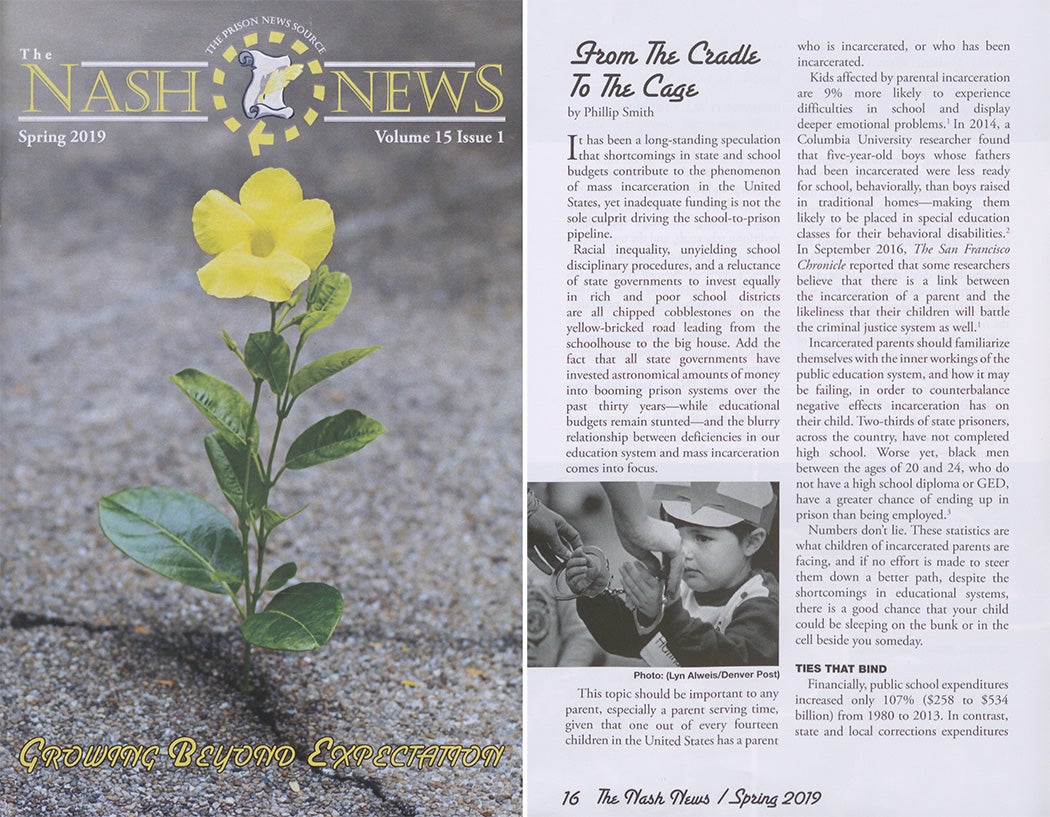 To write an article, a journalist needs access to a source, be it a person, event, or information. Access to information promotes accuracy and education because the journalist learns more about the researched topic by studying it. Prisons restrict such access by restricting communication. In the modern era of mass incarceration, communication is expensive. The journalism experience I gained from The Nash News assisted me in writing a blog for the ACLU of North Carolina to explain how state prisons force people to pay for mail through TextBehind, a third-party mail provider charging upwards of $0.99 to send an electronic letter. In the past, I enlisted friends to perform Google searches, then to send the information they found online. TextBehind makes that method impossible by limiting the number of pages prisoners can receive, and by charging a fee shared with the prison system. By monetizing communication, North Carolina limits my ability to obtain information.

To gain access to information, I went to school. After completing an apprenticeship as a graphic artist in 2019, I left the print plant to enroll in the North Carolina Field Minister Program, a bachelor’s degree in pastoral ministry through the College at Southeastern. In The Nash News, reporter Caddell Kivett wrote that men with lengthy prison sentences will “take what they learn to prisons around the state and help change prison culture from the inside.” The program started in 2017 and is to date the only approved bachelor’s degree program in North Carolina prisons.

Upon entry to Southeastern, I noticed how participating in an education program provided a different culture and prison experience. Students not only made better decisions than other populations, they exhibited a stronger ability to reflect internally about their actions. I attributed this phenomenon to Southeastern’s heavy reliance on writing, an introspective skill. By engaging the works of great thinkers such as Aristotle, St. Augustine, and even Nietzsche, students reflect upon their own lives and offer thoughtful comparisons between what they have always known and new perspectives. This filtering process changes the culture of the prison setting by promoting educated influencers who act as positive role models for others.

Southeastern added to my personal development through critical thinking by adopting innovative teaching methods favored by modern schools of thought. Colorado State University political science professors explain that college assignments should not focus on regurgitating information; instead, students should engage in “reflective analysis” of what they study. Southeastern promotes the same principles. Aside from a physical library on site, Southeastern provides students with access to academic publications, which fostered my critical thinking skills and would be a boon to the rest of the prison population.

Engaging with academic resources assists rehabilitation by helping the incarcerated objectively survey the intricacies of adverse situations before drawing a conclusion and thus obstructs impulsivity. Teaching critical thinking skills through resources like JSTOR should be mandatory in the prison setting; unfortunately, less than 100 of 29,000 North Carolina prisoners have been allowed to enroll in the field ministry program within its four years of operation. I was able to enroll, however, due to the constraints of my environment, I have experienced roadblocks that stymied my progress in the program.  Still, I remain committed to my goal.

Higher education and access to resources made me a better thinker, a better writer, and a better human being. In 2022, The North Carolina Law Review published a legislative proposal I co-authored that would have allowed people serving life without parole (LWOP) to be considered for parole after 20 years, taking into consideration educational and occupational accomplishments. In 2021, eighteen North Carolina representatives sponsored the bill. Although it stalled in committee, I was proud to be able to draw on my journalism experience to help inform public policy by being published in a law review journal.

In 2021, the The Nash News staff elected me editor. During my tenure there, I have served as a journalist, graphic designer, and assistant editor. My experience in these positions makes me a well-rounded leader who understands each component of printing a periodical, but my understanding of what it takes to thrive in confinement supersedes occupational experience.

When I think about the broken, uneducated young fool who entered prison 21 years ago, I realize that many more follow in my footsteps. For some, prison is a dungeon of hardship where negativity reigns. Those people find change difficult. For others, prison is an oasis of possibility where limitations to education and communication cannot dampen the desire to be better. For us, change has already happened. As editor of The Nash News I aim to teach every prisoner that they can learn more, do more, and be more, if they work toward it through the articles we publish. Reading about a newly minted print plant in The Prison News—from a 1926 article published on JSTOR—inspires me to leave my own timeless legacy, and I hope my work as editor of The Nash News inspires others to do the same. 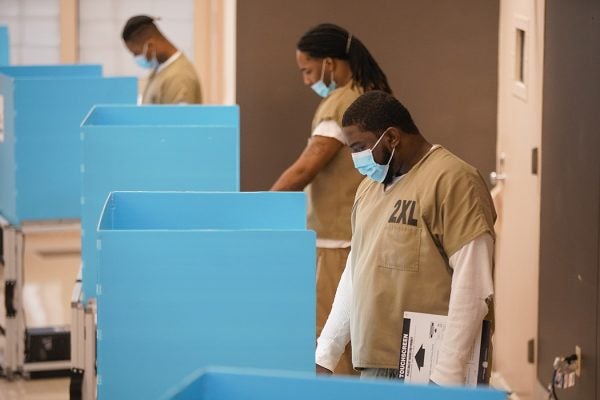