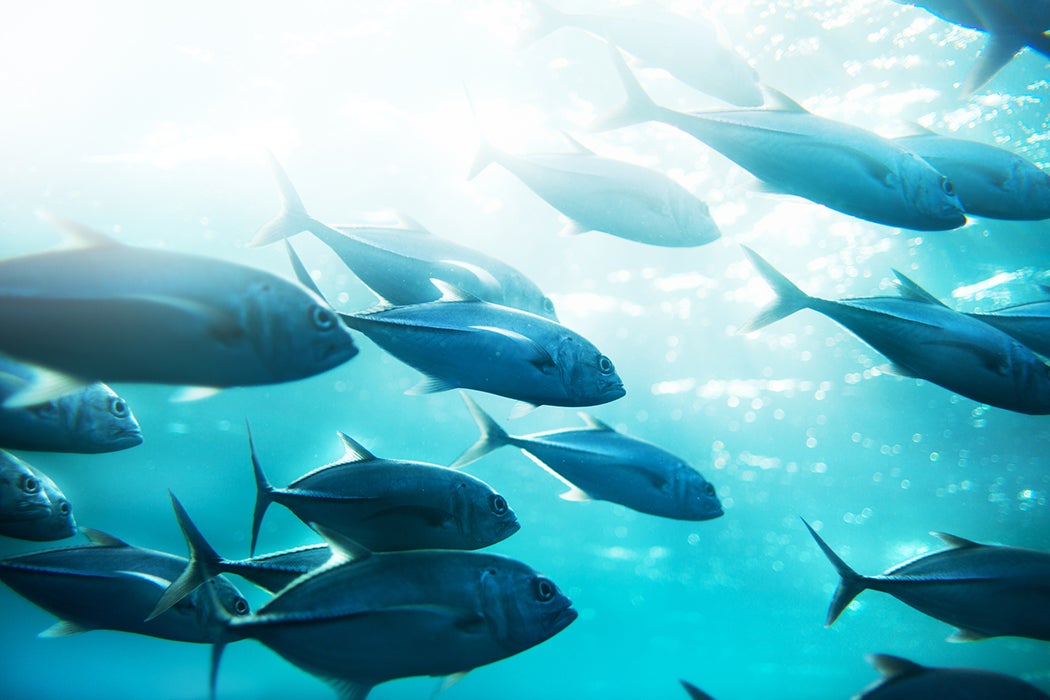 It was billed as the event of the ages: Olympic swimming champion Michael Phelps in a timed race against a great white shark. The shark won, but the race was surprisingly close, thanks in part to a nifty artificial “monofin” worn on Phelps’ feet. The single fin was powered by both legs, and mimicked a fish or marine mammal. When it comes to speed underwater, a lot goes into the perfect fin.

To achieve efficient movement underwater, all fish must compromise between thrust and drag. Two major sources of drag are friction against the body, and form or pressure drag. A fish swims by moving its tail (caudal fin) side to side. While each motion provides thrust and lift, it also creates drag when the fin is angled to the side of the body as a stroke is completed.

It takes more than a fin to be fast.

Great white sharks are capable of short bursts of high speed, although they are not the fastest fish in the ocean. The fast fish, including the great white shark, billfish, and tuna, have several elements in common. They achieve the most thrust with least drag using a thin, tapering caudal fin shaped like a crescent moon, called a lunate tail (great-white tails are lunate, but thicker for more short-range power). More tail area gives more thrust, so fast fish have longer lobes on their fins.

But it takes more than a fin to be fast. The area where the body meets the tail is called the caudal peduncle. The caudal peduncle also moves side to side as a fish moves its fins. Fast species typically taper down toward the rear, culminating in a very narrow caudal peduncle. This shape minimizes drag while preserving space to hold the mighty muscles required to move so fast. The shape also allows minimizes recoil of the body as it moves, increasing efficiency.

As the fin moves side to side, pressure builds up on the thrusting side of the fin and decreases on the trailing side. The gradient causes water to move sideways across the body. This lateral motion can disrupt the boundary layer, the layer of water right next to the moving body (the fish), which is crucial to reducing drag. Tuna and many other fast fish have varying numbers of small fins on or near their caudal peduncle. These can be either numerous finlets or softer fins called adipose fins. The fins divert lateral flow along the body, limiting yet another source of drag.

Phelps did have one advantage over the shark: body temperature. Higher temperatures lead to a faster boundary layer. Even with this small advantage, Phelps, for all his talents and even with his lunate monofin, simply lacks the drag-reducing features of a fish.

There are obviously many more aspects to fish speed. Studies have examined the role of lift, eddy currents, turbulence, and other forces affecting fish fin performance. But the basics are enough to keep humans from winning the race. 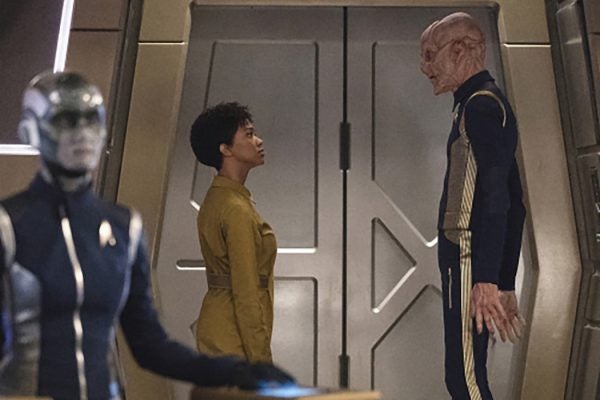 What Star Trek: Discovery Can Tell Us About Tech and Social Progress

What makes Star Trek essential for any contemporary tech user is its role in helping us understand our relationship to technology.