What Is Enriched Uranium?

And what does it mean that Iran has enriched uranium past the 4.5% level? 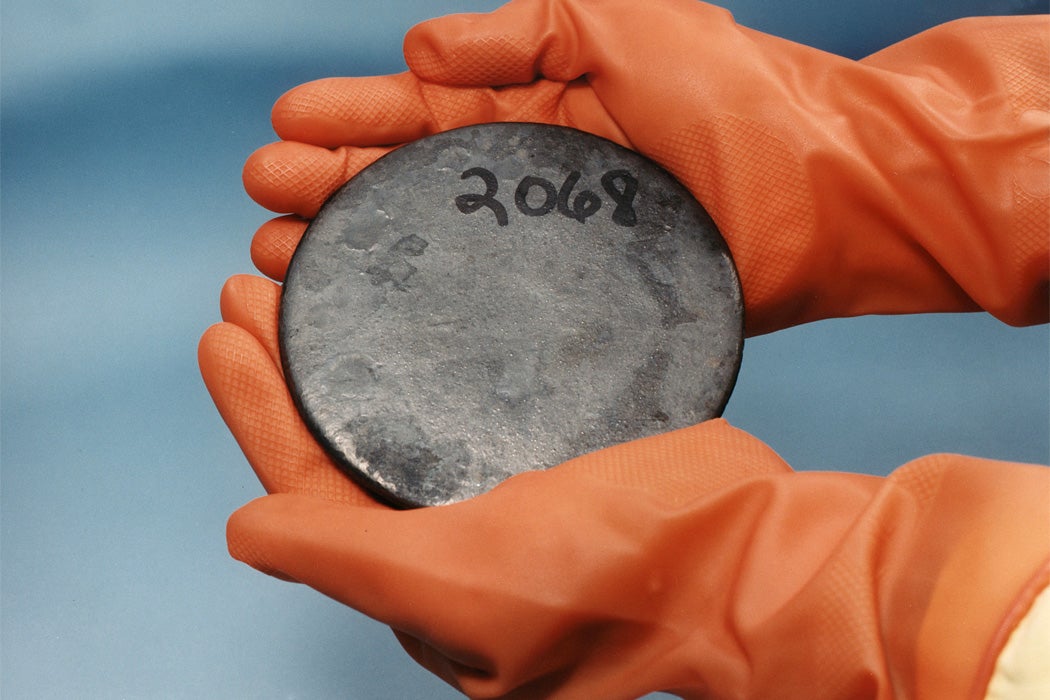 Tension has been increasing between the U.S. and Iran. Central to the conflict is uranium enrichment, with each country accusing the other of bad faith. During the turmoil, Iran announced that it had crossed an important threshold: They had enriched uranium past the 4.5% level. But what exactly does that mean?

Uranium is the heaviest naturally-occurring element found in relative abundance, with an average mass of 238. There are, however, three different naturally-occurring isotopes—forms of the same element that contain the same number of protons but different numbers of neutrons—one of which comprises almost all uranium found in earth’s crust. This Uranium 238 isotope is the most common, and its mass number, the sum of the protons and neutrons in the nucleus of one atom of uranium, is 238 (usually notated as U238). According to a research report by David Jackson and Kenneth Dormuth, while natural uranium is mostly U238, a small amount, up to 0.7%, is U235, which has 3 fewer neutrons than U238.

To enrich uranium means simply to increase the percentage of U235. This is desirable because U235 is much easier to split apart in a fission reaction than U238. Nuclear power plants rely on fission to operate. So, the easier the fuel is to split, the better. In fact, U238 alone cannot sustain the chain reactions needed for nuclear power; conventional reactors require the fuel to be about 3.5-4.5% U235. That is why crossing the 4.5% U235 threshold is significant. Though small amounts of highly enriched uranium, up to about 20 percent, may be used in research, uranium enriched beyond that threshold is not needed for standard power generation.

A uranium nuclear weapon’s destructive power comes from rapid, energetic fission of high concentrations of U235.

While the concept is relatively simple, actually doing it is not. In one of the primary methods for extracting and processing the ore, natural uranium must be finely milled, mixed with water, and then leached with acid. The outcome of the processing—the product of which can be light yellow in color and called yellowcake—is composed of 70-90% of a uranium compound. The yellowcake must be further refined before it is ready to use by nuclear facilities. Uranium Hexaflouride (UF6) is the form sent on to enrichment for conversion into nuclear fuel. The higher enrichment level desired, the more natural uranium is required to provide enough U235 to eventually achieve a high concentration.

There are two main enrichment technologies. The older is gas diffusion, and the newer (and more common) is a gas centrifuge. Another promising method uses laser technology, but that method has not yet been perfected. Iran mostly uses the gas centrifuge method. U238 is slightly heavier than U235, so when UF6 is spun in a centrifuge, centrifugal force pulls the heavier U238 to the bottom, or “rim,” of the centrifuge, leaving uranium enriched with U235 at the top, or near its “axis.” That slightly enriched material must be extracted, re-centrifuged, extracted, and re-centrifuged again for many cycles to obtain highly enriched materials. To get any significant quantity requires many large centrifuges, and given the small weight difference between the isotopes, the centrifuge must spin at astonishing speeds. It is not easy technology to master, and not that many countries can do it. A uranium nuclear weapon’s destructive power comes from rapid, energetic fission of high concentrations of U235. One possible reason for enriching uranium to this degree would be for use in nuclear weapons. 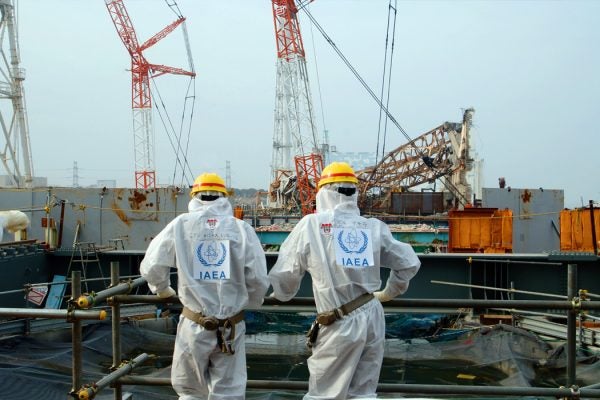 How to Clean Up After a Nuclear Disaster

Workers are still cleaning up after the 2011 Fukushima Daiichi nuclear power plant partial meltdown. There's a lot of contaminated material to contend with.