What is Dance Activism?

An aesthetic of resistance and a form of protest against racist ideologies, dance activism has become a meaningful part of the Black Lives Matter movement. 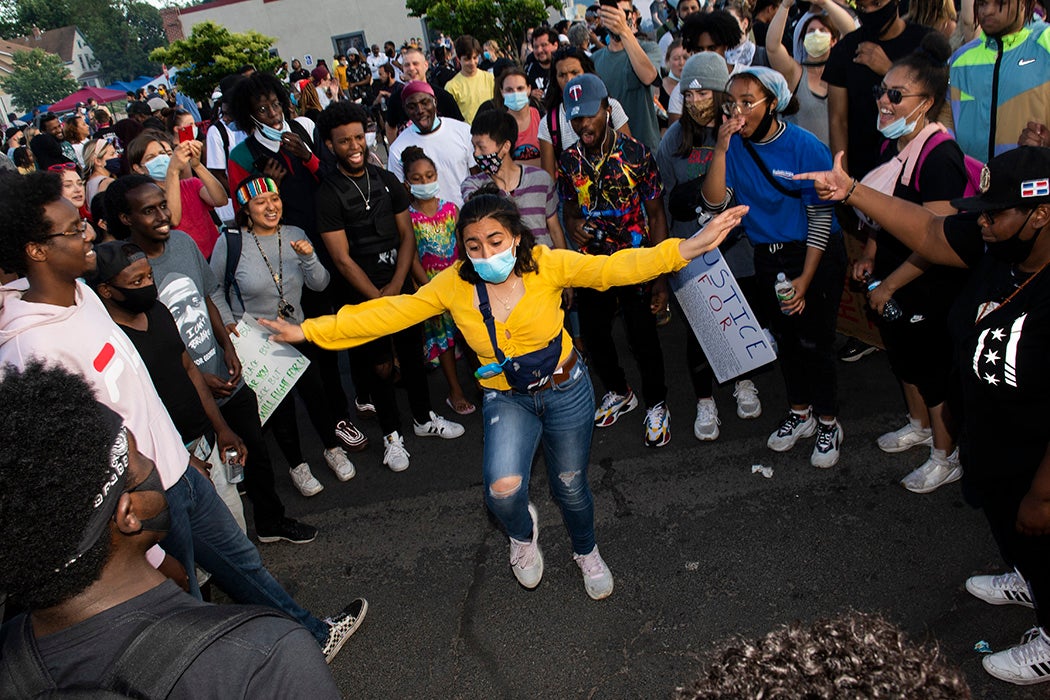 During the summer of 2020, dance activism went viral in support of the Black Lives Matter (BLM) movement. Dance scholars, activists, and practitioners began to choreograph, organize, and document the phenomena. Though perhaps it was the first time that so many instances of dance activism were captured and curated digitally, it wasn’t the first time that dance was used in response to social inequity and racism.

During the 1950s and 1960s, African American dancers such as Alvin Ailey and Josephine Baker supported the civil rights movement, notably through their stage practices—Ailey as creator and choreographer of the first African American modern dance company and Baker as a dancer who refused to perform for segregated audiences. In describing the Black Arts Movement, Larry Neal posits that “your ethics and your aesthetics are one,” and it makes sense that both the industry and the artistry had to be disrupted as part of the fight for civil rights.

As in most instances of modern dance, the movements and gestures chosen are rarely identical to those used in another piece.

Articulations of dance as resistance and revolution have continued to play out on stage and in the public sphere by both trained performers and casual dancers, with glances backward in American history. As in most instances of modern dance, the movements and gestures chosen are rarely identical to those used in another piece. Danielle Goldman contextualizes modern possibilities of “contact improvisation,” an improvised dance created by Steve Paxton in the 1970s, alongside their potential intersections with non-violent protest and the ways that the supporters of the civil rights movement were called upon to “put their bodies on the line.” Moving beyond direct representation, Goldman analyzes how political dance might disrupt public space. She draws parallels between stillness and falling with resistance toward the metaphorical “up-rise,” considering the physical act as neither passive nor weak but rather, purposeful in its resistance.

The gesture within choreography is almost always meaningful, but philosophy professor and dance scholar Eric C. Mullis wonders if political dance actually effects social change, noting his own praxis dancing with a group that received a grant to create a piece that speaks to social justice efforts in Charlotte, North Carolina. The question of artists and their obligation to address social issues in their work continues to be at the center of many dance scholars’ thoughts. Mullis writes, “Working and having discussions with a range of dance artists in Charlotte led me to see that activist dance lies at the intersection of art and ethics.” His focus on the various ways artists approach this inquiry illustrates the tenuous divide between politics and artistry. It might also call attention to how we delineate and evaluate formal dance and social dance.

The dance activism that has arisen in the wake of BLM offers a glimpse of a specific and historical moment—one in which activists, artists, and the community are met with real-time and streaming evidence of movement, both literal and political. Modern dance scholars are at the forefront of documenting and energizing the movement; Dr. Shamell Bell teaches courses on street dance activism as both a professor and practitioner and scholar-activist MiRi Park has compiled a working bibliography for those who want to learn more. Changing hearts and minds is a concept linked so often with combatting racist ideology, but dance activism, particularly that associated with BLM, is a reminder that there are real bodies at stake.